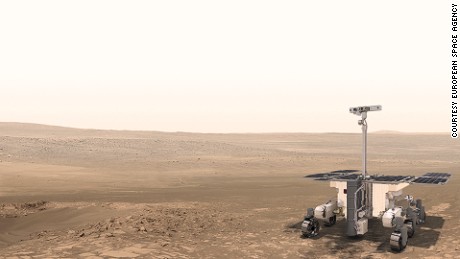 Tweet Tower—The president’s new acting-acting head of All Things Science and the Dark Arts has denied NASA’s request for funding toward a future mission to the red planet. Henry ‘Henry’ Jackson told reporters today, “Unless you want to eat Matt Damon-style shit potatoes, there’s no reason to go all the way out to that shithole planet. Real estate markets suck there right now. We need to find planets that have oil, gold, coal, or at least a species we can attempt to police through aimless bullying. Think asteroids of gold, or planets of diamonds, or maybe a moon inhabited by those sex-crazed green chicks from Star Trek. Otherwise this president isn’t giving you shit …potatoes.”

After the president was accused of being anti-science, Trump responded in a presidential tweet. “Oh yeah! I’m going to assemble the best scientists in the universe. To do the best sciencey things!! Ever!! #BlindedUwithScience!”

The president has since enlisted the aid of Dr. Bruce Banner, Dr. No, Dr. Bunsen Honeydew, and Brain, of Pinky and the Brain fame, for a top secret summit. This first meeting of the minds will occur at the Vulcan Science Academy and Grill over on 14th St.