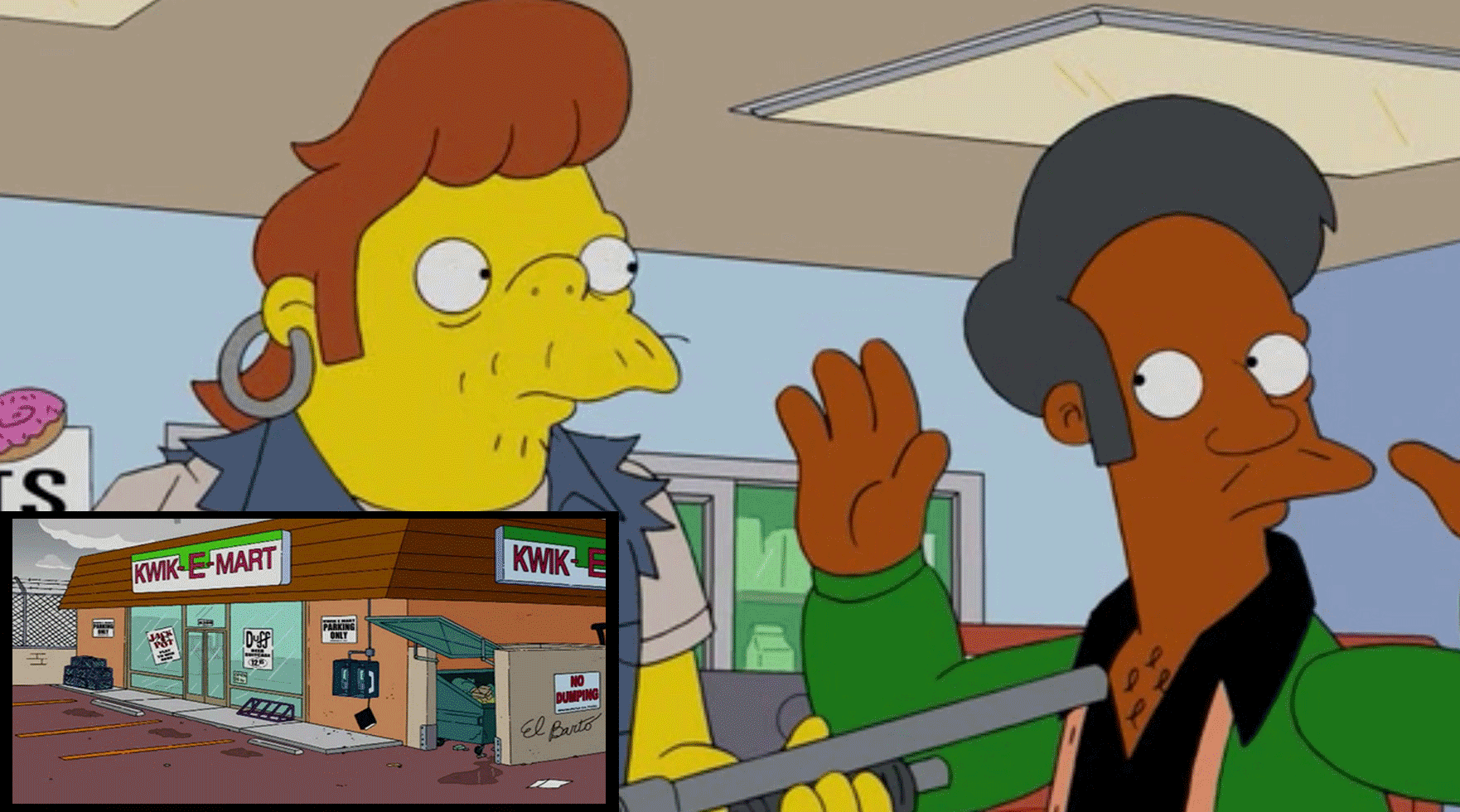 Springfield, ??—Kwik-E Mart owner, Apu Nahasapeemapetilo, has experienced an increase in Muslim bias in recent weeks. The business owner points directly to several sermons by one Reverend Timothy Lovejoy of The First Church of Springfield. The store owner claims the Reverend is intentionally inciting violence against Muslims through controversial Sunday scripture quotes, such as: ‘Blessed are the camel humping, towelheads’ and ‘In the beginning God created the heavens and the earth. And then for some reason he filled the shittier parts with sand, oil and Arabs’.

Mr. Nahasapeemapetilo said, “I am also concerned about this Ronald Krump character. He is inciting violence against anyone not named Ronald Krump. I do not mind all of the racial slurs and the bigotry, but please don’t take it out on my Squishee machine. I am not even Muslim, but bigots are generally not the sharpest plastic utensils near the condiment dispensers.”

Apu later told reporters, “Spray painting Go Back To Irag, Raghead! does not bother me. It’s their flagrant spelling, syntax and their comma usage errors. That is what really gets my goat. Actually, they already got my goat. I have alerted the PETA people: Goat Chapter. I am used to the shoplifting and the constant armed robbery attempts, but I know I will rue the day when my clientele finds out the hot dogs are actually made from tofu. Then I am a dead Apu walking.”