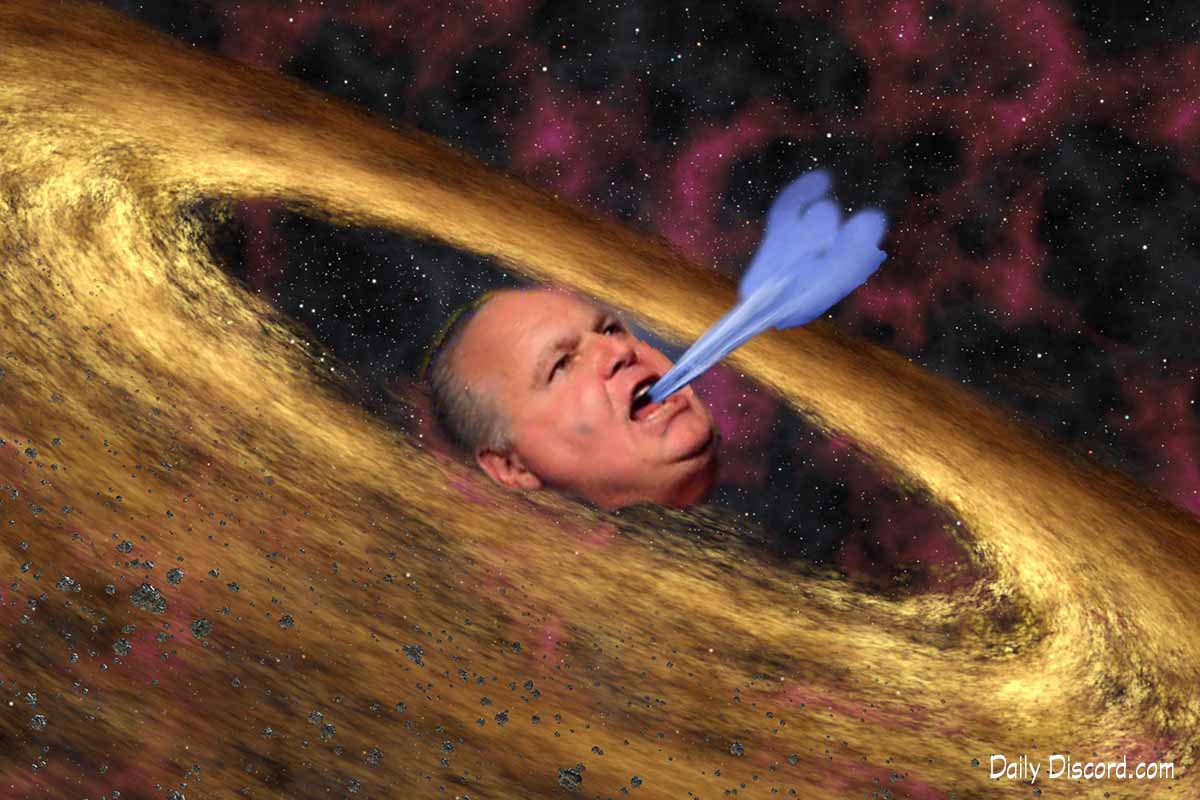 Deep Face—Scientists originally believed repeated radio bursts from space could be explained by colliding pulsars or giant rocks humping each other somewhere in the asteroid belt. This all changed recently when a scientist was able to match radio waves with a Rush Limbaugh segment on why Obama hates America. Dean Steller, head of the Chipotle Observatory over on Milton, explains, “I don’t want to Rush to conclusions. Get it? Anyway, fat radio bursts (FRBs) remained an unexplained phenomenon until one of our interns happened to be listening to Rush Limbaugh at work. He noted how several of these radio bursts appeared on our sensors at precisely those moments when Limbaugh was on a ranty roll. They matched up perfectly during particularly heated exchanges. Oh, and yes we fired the intern for political reasons.”
Dr. Sterling Hogbein of the Hogbein Institute and Hookah lounge, is concerned. “It’s not dissimilar to a space fart. Certain AM radio hosts can tap directly into the quantum methane that permeates the universe.  Einstein alludes to this in his Spooky Political Action From A Dipshit. The radiation created by what we affectionately call a “Limburp” may attack the elements of truth.  A long Rush rant may even tear off electrons from matter itself, in essence, creating fictons, or particle of opposite reality. Republicans are recreating reality on the quantum level. But can this explain anti-mutter? I danno, but we should legalize pot which will hasten research in this area.”
In related news the Lowell Observatory discovers a really hot chick in nearby Sedona.