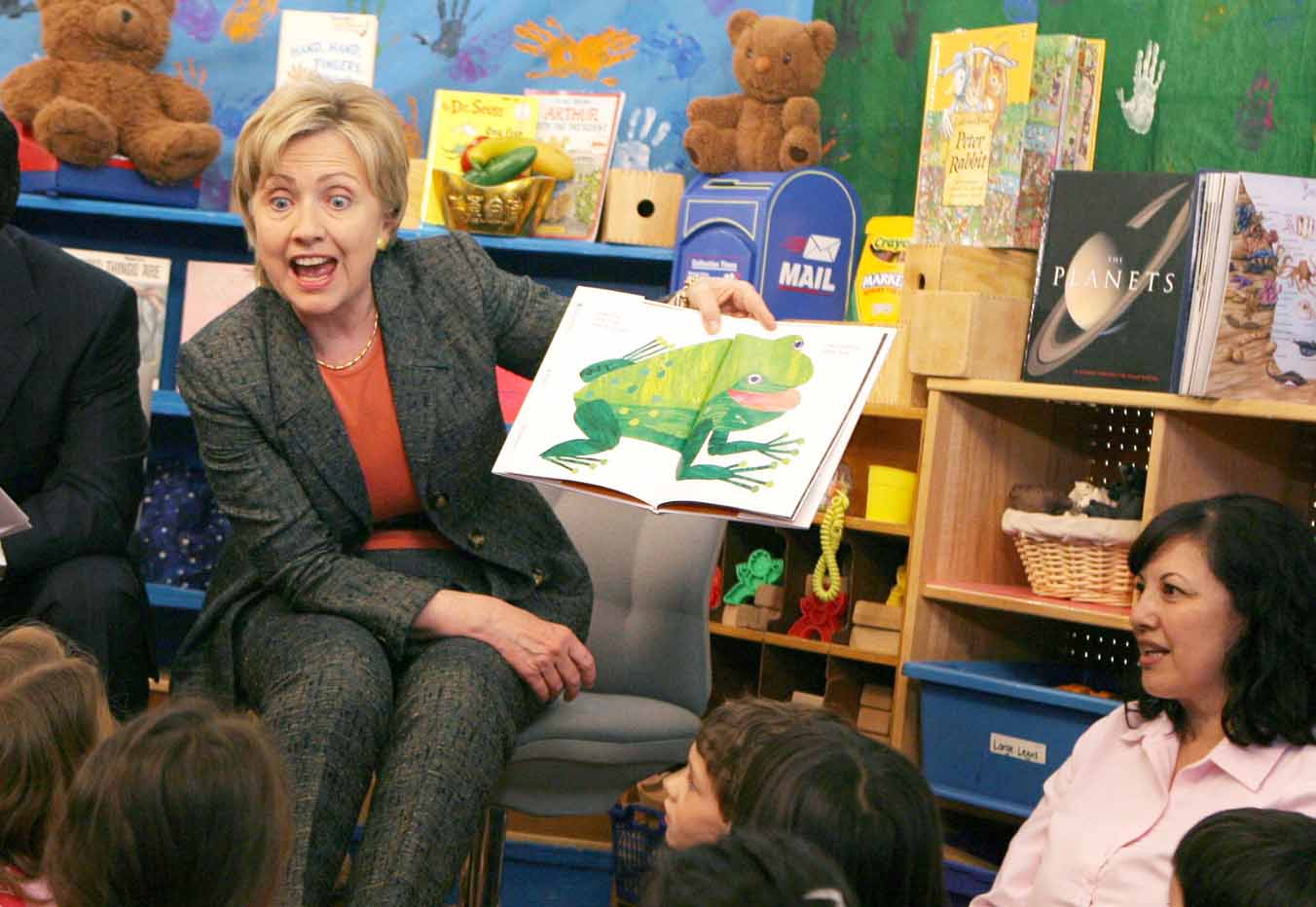 Springfield, OH—Fourth grade teacher at Roosevelt Elementary School, Janice Mackenzie, invited Hillary Clinton to a scheduled class debate. Mrs. Mackenzie told the Discord today, “This is the perfect year. The kids are really obnoxious and seem almost feral. I think it’s the perfect environment to prepare Secretary Clinton for Monday night’s debate. I asked my class to study Donald Trump’s debate-style, or lack thereof, and I even promised extra points for any relevant disparaging remarks regarding Rosie O’Donnell.”

Critics are calling the move “a stunt” designed to embarrass the Republican presidential nominee. Clinton responded, “I certainly have the right to try to get an idea what might come out of that asshole’s mouth on Monday night. To me, this scenario is probably the best way. Like or not, it’s a legitimate field assignment.”

Dr. Sterling Hogbein, of the Hogbein Linguistic Society & Brothel, agrees. “Trump speaks on a third grade level, confirmed time and time again by Flesh-Kincaid, which is a tool to determine average readability. People do tend to speak a grade level or two below their actual IQ. Therefore, I think a fifth grade class would have been more ideal for Secretary Clinton, simulating both the types of comments and responses as well as the expected intellectual prowess. For an even better dress rehearsal I recommended she hit a dive bar right around last call in Ferguson dressed as a police officer. But, sadly, she’s not returning any of my calls since the ‘incident.’”