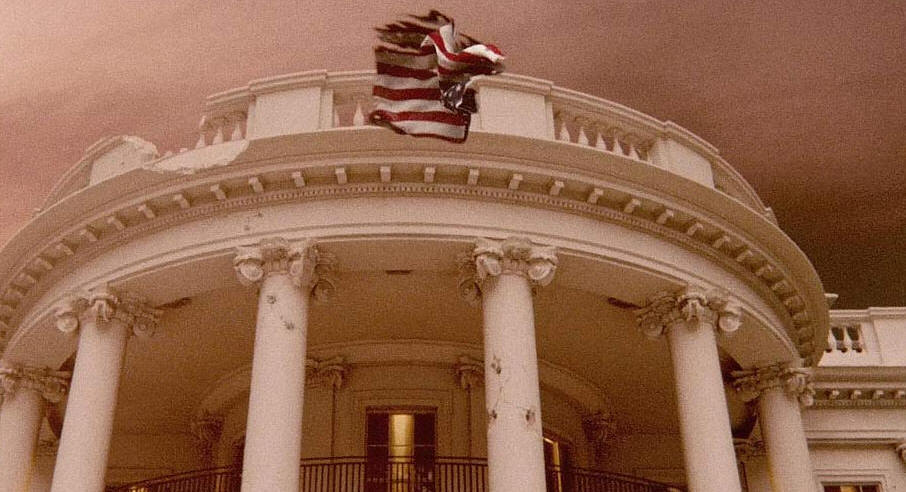 Liberals are continuing to make a profound mistake hoping for some republican reformation, a day when the Trumpsters of the world will turn some ideological corner toward reason. Even after the next line of political debacles, no matter how costly, their zenwrongness will hold steady. Essentially 1 in 3 people in this country are impervious to reality. Most citizens are ill-informed, for sure, but this one swath of society has almost no chance of joining the vaguely sentient any time soon. They are locked in this political death spiral, forever tacking toward delusion, even as their champion of freedom gets one step closer to legal, economic, and political disaster every day. Liberals are sill holding onto the notion that, post Trump’s carnage, many will see the error of their ways and embrace some more sophisticated worldview. Let me dispel that notion today, in fact, let’s take said notion and separate if from its family, tear gas it, and banish it to parts south.

I keep hearing pundits on both sides of the aisle predicting how Trumpism will tarnish the GOP for a generation. I heard the same rhetoric under Dubya, some even from yours truly. See? I can be wrong. Hell, three of the last five republican president’s will occupy the bottom tier of presidential rankings. Their only descent commander in chief in my lifetime had dementia. These people aren’t going to just wake up and smell the covfefe one day. And, even if they do, someone should probably have a Risperdal consta shot on the ready. Being deprived of reality for this long might have some lingering side effects.

My friend and blogvesary thinks immigration reform is our biggest threat today. Seriously? Here’s our actual ‘to do’ list:

Why are you jumping to number 8, Poke? What do have against the surviving Jacksons? The first two are key. We have to start there, or we will do everything else wrong (see: history). Trump is attacking judges, attacking the media, and has already attempted to use the DOJ to arrest his political adversaries.  If this isn’t resonating, what does authoritarianism mean to you? If everyone at the border got in, right now, we would still be below Bushian immigration levels. Sure this issue deserves to be on the list, because as the world falls apart more folks will be arriving. But you keep missing the Yuuge story. When the Mueller report uncovers some serious wrongdoing, Trump will do anything to save his skin. That will become some serious constitutional schitznik. Not the usual, Dem found guilty steps down in disgrace. It will be more like Trump ignores findings and arrests his accusers. He is the greatest threat our country faces. There’s been nothing like this in our adult lifetime, with some Nixonian exceptions, of course.

At this point it’s not hyperbole to refer to the GOP as a fear-driven fascist cult. They have an answer for everything and always the wrong one. Here’s a refresher course:

Socialism = Venezuela (not every other free industrialized society on Earth, just Venezuela)

As for the future:

The next economic crash = Liberals took one chamber in the midterms.

The damning findings in the Mueller report = Pardon based on the bias of Stzrok and Page text.

See how it works? Wrong is always on speed dial. Bonfire of the Hannitys? Did I use that one?

The Foxeteers believe that by destabilizing this country we are safer, alliances and compromise are signs of weakness, and the threat of NK is over and the Iran Deal, which was actually working, was a lie. They are the let’s break it to find out what’s in it, people. If they were one person, they would be sitting in a pile of their own filth pulling the wings off of bugs. The damage is done. The rightwing distractions, no matter how ludicrous, irrelevant and endless, have worked. And there’s plenty of blame to go around.

My spidey senses say Mueller might be wrapping this up soon, so buckle your seat belts, kids.