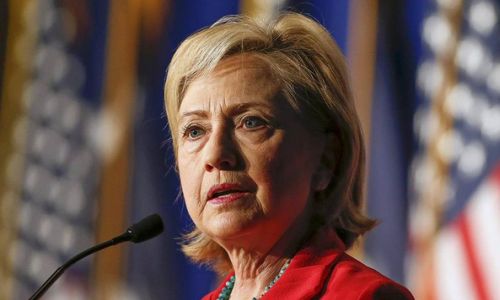 Dr. Zano here predicted Hillary would not be indicted, but only because 9 out of 10 attorneys and legal experts were saying an indictment was “highly unlikely.” Of course, Fox News has that one guy who thought otherwise on speed dial. By the way, this is a rebuttal to Pokey’s last feature, here. Was justice served? No idea, but I will say this: it was not the best of outcomes. The decision did not pave the way for a Sanders/Warren ticket, but it was damaging enough to make a President Trump all the more likely (gulp). I personally hate the Benghazi/email-server witch hunts, but only because I keep having to come up with different jokes to make the same miserable points. Flashback fav!

“If Benghazi was the real 9/11, then The Rutles started the British Invasion.”

*Unfortunately Pokey sent me his feature before Hillary was cleared and I wrote my rebuttal (all but the first paragraph) before she was exonerated. I wish the head of the FBI would coordinate with The Discord more closely. I have chosen not to indict Mr. Comey.

You may find this surprising Pokey, but I believe your email server info is legit. The issue is this: why would you find this surprising? I can identify facts. You must have me confused with a republican. Meanwhile I would say you have selective hearing but it’s not that selective. Why do we have all these hearings when no one can listen? As to your question regarding Hillary’s professionalism, I believe republican inquisitors would have seen both of my gluts by now. Cheeks you can believe in? That’s two reasons why you won’t find me in politics, or school zones. White Butts Matter!

Let’s let the FBI decide whether it’s an indictable offense. The political wonks I know and love said it’s very hard to prove classified information was compromised knowingly. Not impossible, but not likely. This may yet be a successful witch hunt, as negligence seems abound, but let’s review why it is, in fact, a witch hunt.

Here’s the definition of Witch Hunt:

An intensive effort to discover and expose disloyalty, subversion, dishonesty, or the like, usually based on slight, doubtful, or irrelevant evidence.

Face it, you people ARE the irrelevant evidence people (IEP). The once and future mudsling? Here we are again, Benghaziiii!!!!! I haven’t seen so many different angles attempted since Alex Bone’s sex tape was leaked. It’s about perspective and, once again, republicans don’t have any. This email server thing is sort of a big deal, which is unchartered territory for the GOP. Historically, anything a Dem may or may not have done is invariably the worst thing to befall western civilization, EVER!

And now a brief history of why Benghazi is a witch hunt:

The first calls for impeachment involved language. The day after the attacks, republicans weren’t happy with the linguistics Obama used to describe this event. The President said ‘terrorism’ instead of ‘radical Islamic terrorists.’ Obama explained his position many times and it makes sense, thus republicans inability to understand it.

The Take Away: Obama apparently didn’t use the phrases ‘towel heads’ or ‘camel humpers’ either. An oversight? Another hearing? How about a weekly witch hunt Wednesday?

From week one I encouraged an investigation of the delayed response, not with the intention of deposing a tyranical president, but to explore missteps and save lives in the future. The investigation revealed a delay from the military, the CIA and the WH, here.

Why is it semi-BS then, Zano!

Well, the key to republican attack was how the people could have been saved at the embassy, which Trey Gowdy even admitted was bullshit here.

The Take Away: I predicted this investigation would find fault in this area years ago, here. It’s also the only reasonable set of inquiries and thus the only investigation suggested by a Democrat, here.

Was the attack the result of a response to a video (the release of which triggered protests all over the Middle East) or was it a planned attack. Republicans say Hillary and Obama lied and that the attack had nothing to do with the video. This is fine, except for the small point that the planner of the attack said otherwise, here. Why this matters? I have no fucking idea, but this is the worst thing that ever happened in western civilization, EVER!

The Take Away: the Clintons apparently got to the master planner of Benghazi and made him lie about his motives. Damn, they’re good. They probably threatened him with the old Vince Foster.

There was an outcry about the lack of Embassy security in Libya and for the shoddy protection of our embassies in general. This investigation revealed how The GOP sharply cut embassy security the year before. Oops. Hillary commented on the shortsightedness at the time and how republicans would rue the day.

The Take Away: Roo is a also a mouse friend of Pooh Bear. Hey, maybe that donkey is so depressed because of all of the bullshit investigations in the 100 Hearing Wood?!

And finally: Houston We Have A Scandal!

In October of 2015 Hillary’s personal email server and how she stored information came to the forefront of this charade. This is how one witch hunts, Pokey. If any politician were scrutinized as much as HRC, I’m sure similar fault would be found somewhere. Kidding, they would find a lot more. If your paperwork or mine were as scrutinized over, Medicaid would have our hides. “It rubs the lotion on the skin or it gets the audit.” Buffalo Billing codes?

Have you heard the average American commits 3 felonies a day, Pokey? Well, with Dems it’s 1 and republicans it’s 5. Keep looking and any politician would be in deep shit.

Fun Fact: For The Daily Discord crew the average number of felonies per day rises to 27 on weekends.

Am I excusing her actions? Not one little bit. The Clintons operate too much like republicans for my tastes, thus all my criticism over the years, but a witch hunt is a witch hunt is a witch hunt. Besides, when it’s a Dem scandal it typically just exposes Washington business as usual. Colin Powell is believed to have had a similar server problem, here …and there were actual scandals occurring …and millions of emails vanished …uh, and he was military. None of the initial investigations were set out to prove Hillary was mishandling classified information, but that’s where the pantsuit landed. Oh, and don’t give up on Vince Foster either. Have him exhumed. I’m sure purple pantsuit fibers are all over that shit.

If they ever bothered investigating the lead up to the invasion of Iraq, it would NOT have been a witch hunt. They would have discovered Bush lied us into war (the reason for the investigation). Oops, Tony Blair just got busted. You know, the guy not nearly as culpable as Bush.

P.S. Now if the investigation on how Bush lied the country into the war ended 17 hearings later with charges pressed against Vice President Dick Cheney for ejaculating on the bust of Winston Churchill …well, that would be a witch hunt.

Crooked Hillary is a liar, Zano!

PolitiFact says you’re right. She lies 13% of the time. The lowest of anyone running in the 2016 primaries. Trump is at a whopping 65%, which 9 out of 10 mathematicians claim is a higher percentage. But, lo and behold, the other guy is the one Fox News chose to hire as their Chief Math Correspondent.

Dem scandals are just never quite as exciting, are they? If this works she will have been nailed on a technical foul. This is horrible optics for Hillary and a rare unforced error on her part, but will it be a game ender? I don’t know. It’s a stunning mistake, which is usually reserved for republican politicians (See: Colin Powell).

But let me remind you of the growing list of republican scandals:

These aren’t Washington business as usual, these are truly concerning, like a 3AM Trump phone call that results in a Tweet to the Kremlin.

Wake me up, Putin! Better get to your bunker, dip shit! #MoscowMushroomCloud

And now for the list of valid Dem scandals in the 21st century:

Grandma had the Geek Squad load McAfee on her Hewlett-Packard, when we all told her to go with Norton. Nothing bad resulted, but it could have. Especially if she went with Kapersky, because the Russians would have been all over that shit!

Forgive me if I will wait to see what the Feds have to say before I go brandishing the torch and the pitchfork. I’m not saying this is a witch hunt, Pokey, but I am saying you’d have made a fine judge in Salem (circa late 1800s). We have our teams Pokey, mine sucks and yours… well, we’re going to need some new stronger adjectives for sucky. I’ll get my people on it. If you think everything is fixed and Clinton was cleared because of her station in life—and I don’t completely rule that out—then join me for the Bernie Revolution! Oh that’s right, you got that wrong too. Damn. At least you’re consistent.

As for the 2016 election, one of Trevor Noah’s peeps summed things up nicely: 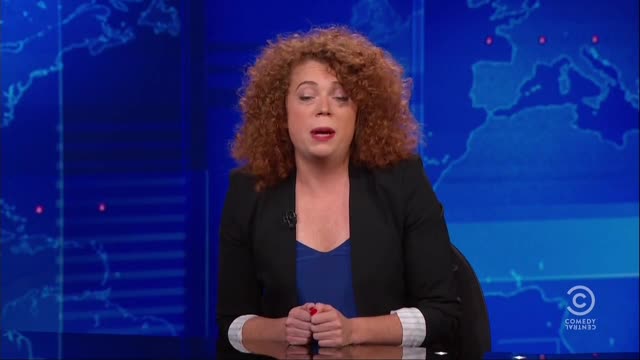 “But why do we have to live like this, mommy?’ And we’ll have to respond, ‘We didn’t vote for the smart lady because of e-mails she sent from a different server.’ And the child will say, ‘What’s a server?’ And we’ll say, ‘I don’t know, I never (bleep) knew, so shut up and eat your squirrel before King Trump comes back!”