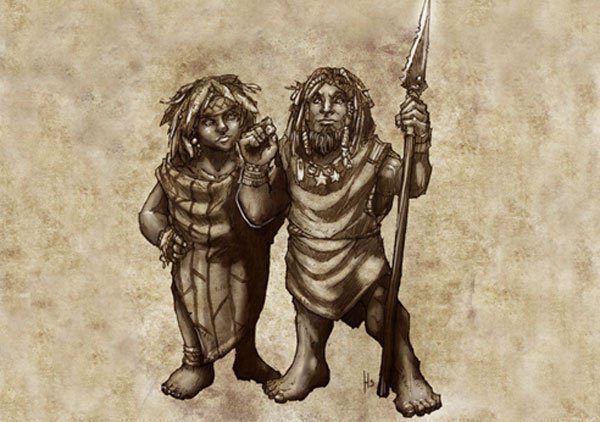 Kauai, HI—This trip proved the most challenging for team Search Truth Quest, at least financially. We would make both cryptozoological history as well as history of our flex funds. For this journey STQ was on the hunt for two Hawaiian heavyweights: a tribe of hobbits known as the Menehune as well as a 12-foot guardian lizard known as the Mo’o. Our CEO and primary funder, Pierce Winslow, figured it would be cheaper if we pulled a mythological twofer. He paid for our flights, our accommodations, and all the Ramen we could stuff into our carry-ons. We needed to recover from our last disastrous trek to the Dominican Republic. There was a lot on the line for this one, because the search for the truth in quest form must continue.

We decided to focus our investigation on the northeastern side of the island. Many of the Menehune sightings have occurred in that region, not to mention its proximity to Menehune Plumbing in nearby Kapa’a. 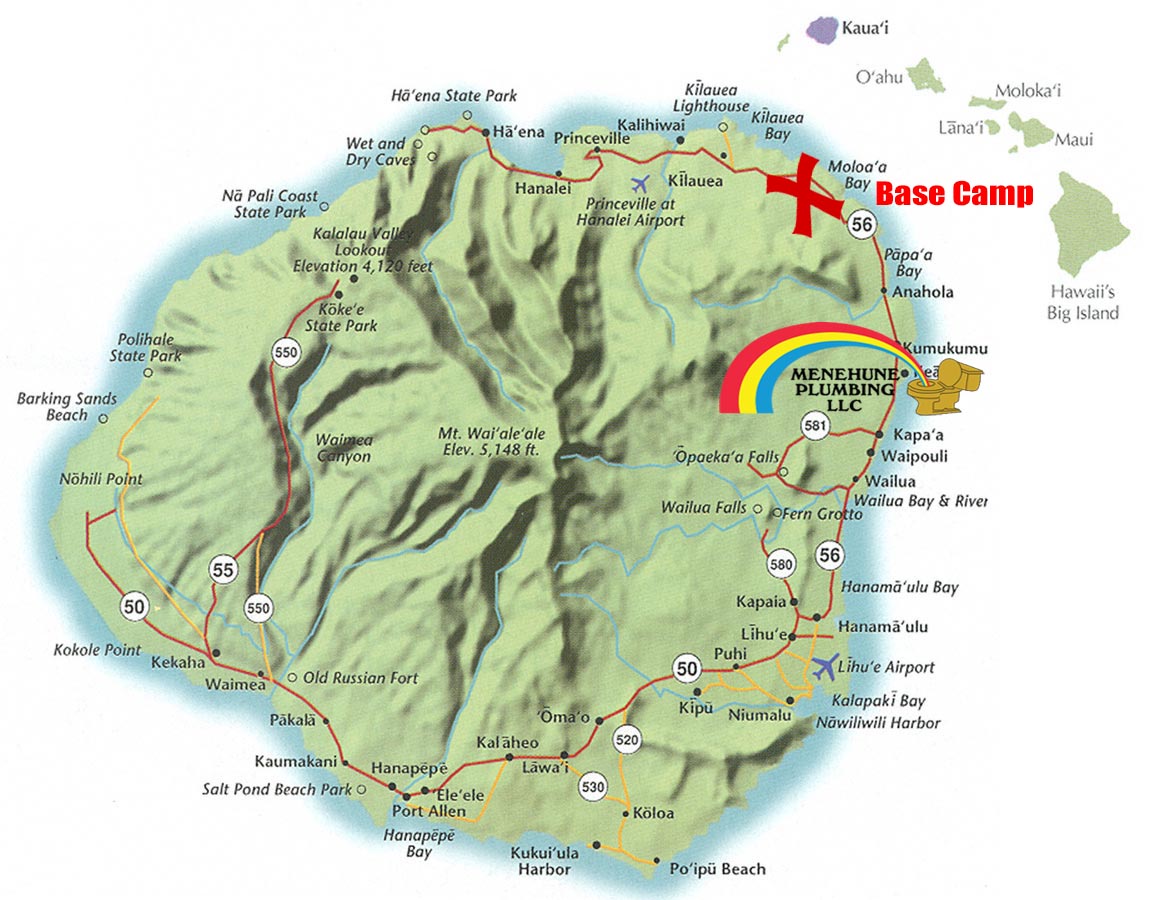 See, even the toilets in Hawaii have rainbows shooting out of them. The Hawaiian word for toilet-rainbow has been omitted because it contains 17 vowels (most Hawaiian words and names seem to have an abundance). Due to the island’s remoteness and high associated shipping costs maybe it was the only items they could afford in surplus. Our camera man, Brad, was able to clog the toilet on day four, but we were disappointed the Menehune plumber who arrived was nearly six feet in stature.

We decided upon a basecamp in Moloa’a Bay because …um, honestly, it’s also where they filmed Gilligan’s Island! So just to be thorough I binge-watched all 98 episodes for possible clues. Although the castaways did run into a giant spider and a tribe of headhunters, no episode depicted a large lizard or a tribe of native munchkins. It was still worth the trouble, especially the episode where the island starts sinking. Oh, and apparently the S.S. Minnow came ashore only a few hundred yards from our beach house! If only we had been here back then, to offer them beer and coffee. 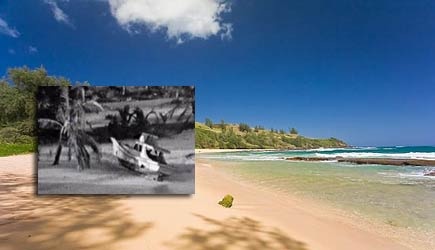 The Discord’s news anchor Matt Mathewson, camera man Brad and myself would take on this endeavor. Alex Bone flew in a few days early to track the giant Mo’o, but we never did find him or the lizard. We did find his receipts for the trip, scrawled in crayon. Mathewson abandoned our quest almost immediately, saying he had business in nearby Ikinda’a Wahnna Lahya’a. I found no such town on Google Maps. Matt can be kind of a dick.

For those unfamiliar with Kauai, it’s overrun with chickens. Apparently the story involves a chicken coop and a level IV hurricane. How all the Hawaiian islands became infested with these feathery beasts is a testament to the navigational and maritime prowess of this particular brand of Viking-chicken. They have no natural predators on the Hawaiian island, except perhaps a 12-foot mythical lizard and the aforementioned giant spider from episode 96.

At first we thought, let’s catch one of the little people and bait the giant lizard, but we resolved instead to catch the lizard and bait the whole tribe of Menehune. This was going to be like shooting a coelacanth in Ming vase. When neither approach worked, we decided to regroup at Kauai Island Brewing Co. Cool place! If only the castaways had just headed south on 56. Oh, and they had T-shirts with a bottle openers sewn into them! Convenient as hell, except during the security check for the return flight. Live and learn.

A census of the island in 1820 had 85 residents listed as Menehune. We searched in the nearby town of Kapa’a for any sign of the Menehune’s pre-Polynesian presence. Legend has it the tribe members were all skilled craftsmen, but this was the only structure we felt might be attributed to their handiwork.

None of the children at the playground were familiar with the lost tribe, neither was a local police officer who was called as a result of our inquiries. We were able to carbon date the structure itself to 2007. Some scat we found in a nearby bush is still pending DNA results, but we remain hopeful.

On day five, Brad developed a dance he hoped would lure either the lizard or the tribe into our camp. 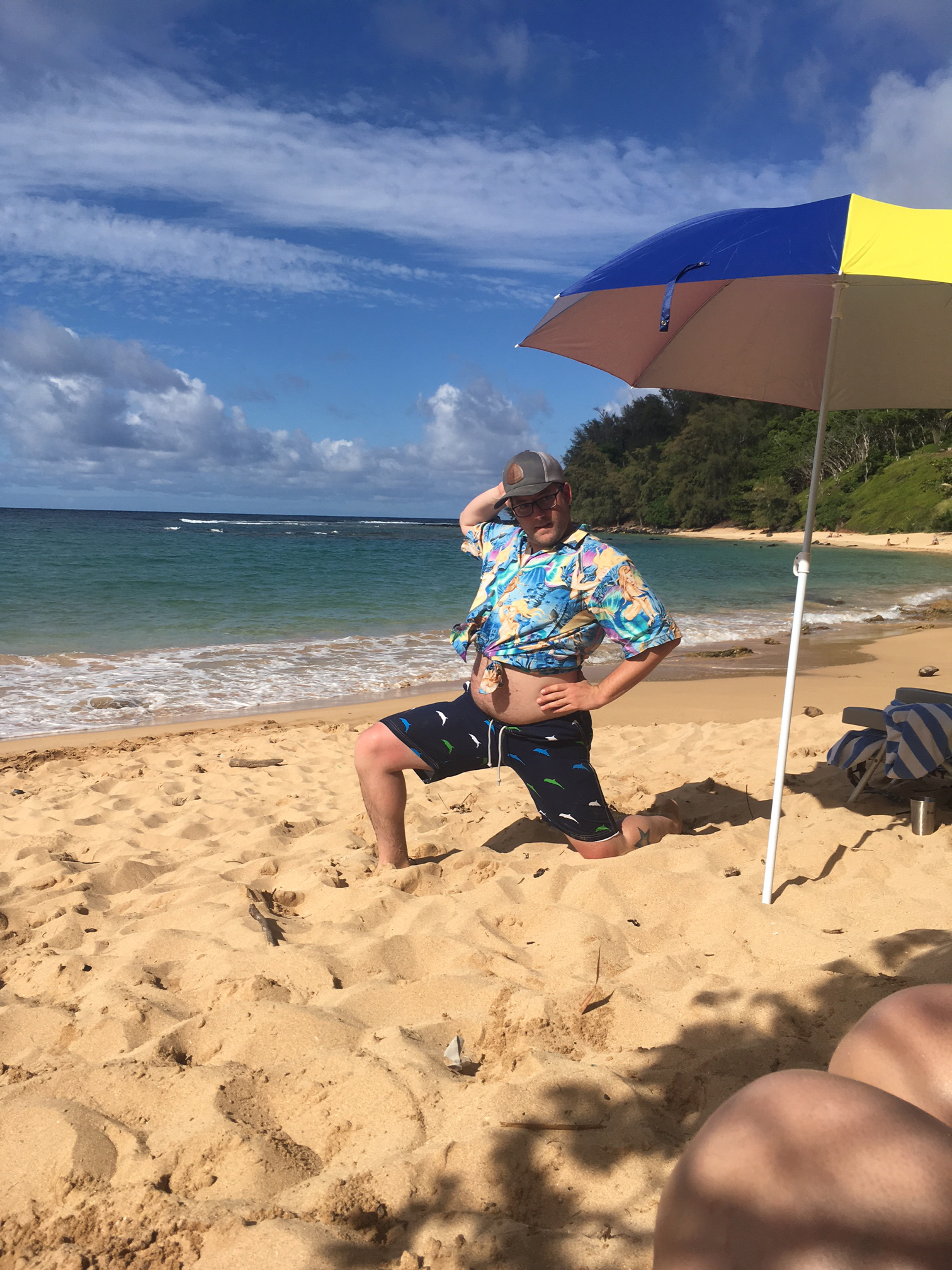 I have to say, I’m kind of glad nothing responded to this, human, cryptid or otherwise.

Legend has it that at night the Menehune will accept handouts and will appear by torchlight as soon as such an offering is made. We played a certain Randy Newman song and some relevant Willy Wonka tracks as we reasoned the Menehune may well be related to the Umpa Lumpas. We decided to sacrifice some leftovers in the fridge, namely some shredded cheese, a container of salsa, and a can refried beans. Perhaps the Menehune had little access to Mexican food, or maybe if they do go hunting for cheese, it’s not of the pre-shredded variety. 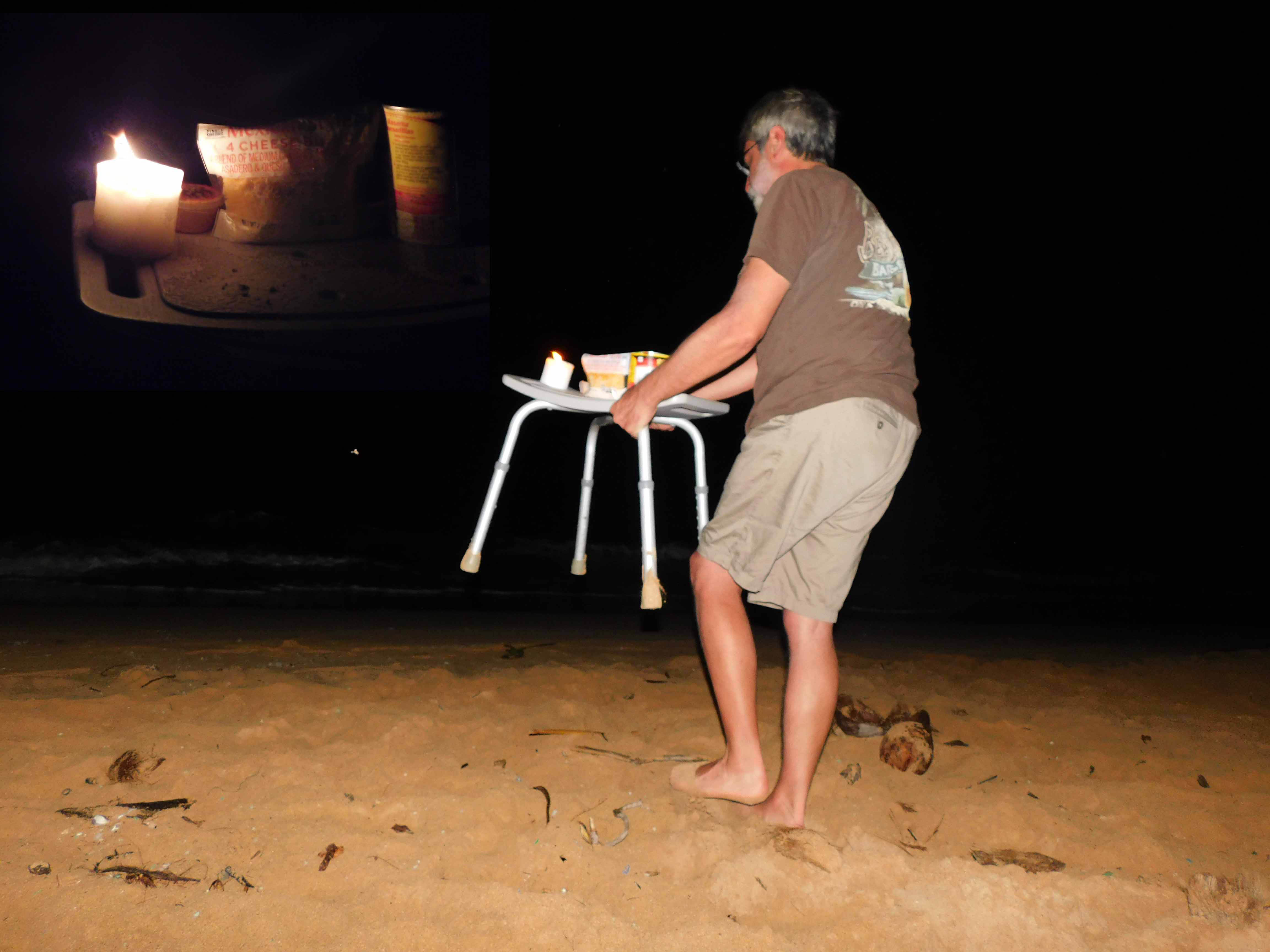 Yeah, we failed. No lizard, no small people, but here’s some good news: Kauai may well be the origin of the sandworms from those Tremor movies! 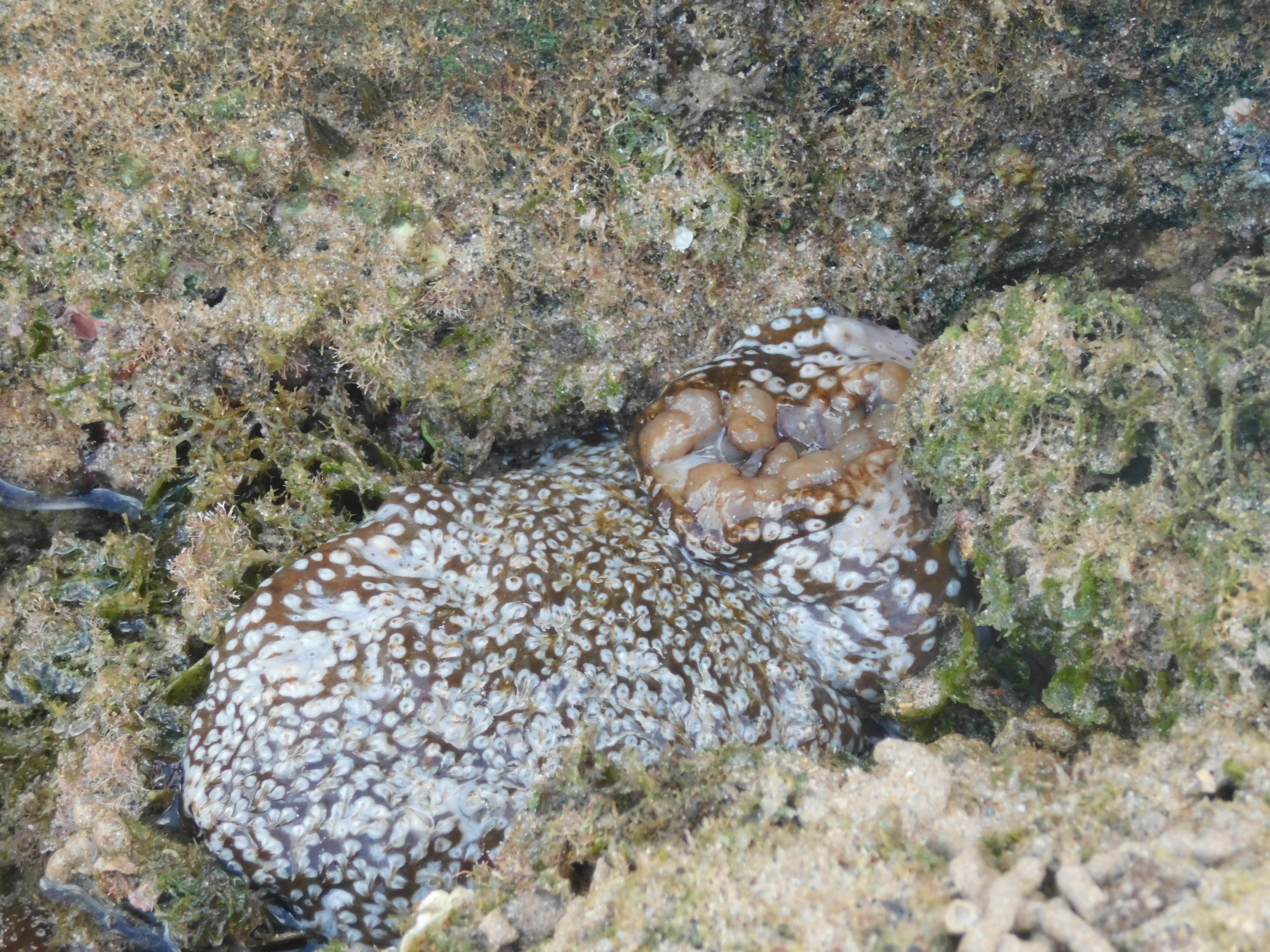 We showed this image to our resident expert Dr. Sterling Hogbein, of the Hogbein Institute and Dry Cleaning, and he is convinced this is a juvenile sandworm. This has huge implications for both the funding of our next excursion as well as the Tremor franchise in general. We also found an offspring of Mothra on the back deck. 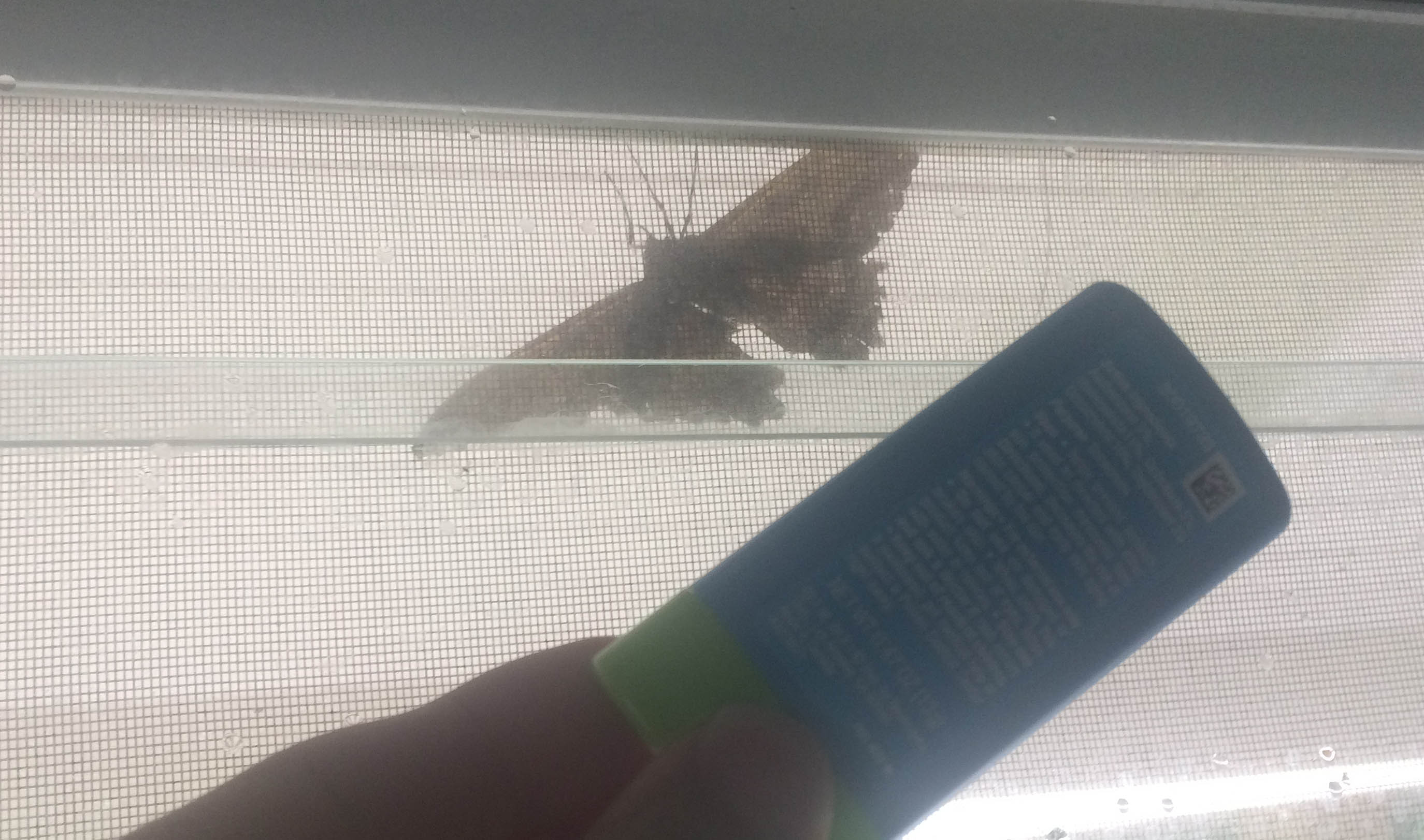 It makes sense that Hawaii would be on Mothra’s flight plan, you know, whenever it has to head back to Japan to see the in-laws. That is a deodorant container held up to the inside of the window, so the moth is actually bigger than depicted. Fine, it’s a travel-sized deodorant, but you get the idea.

We are going to start a donation button here on the Daily Discord as Mr. Winslow remains nonplussed by our latest findings. Fear not fair readers for team STQ shall return! …or not.