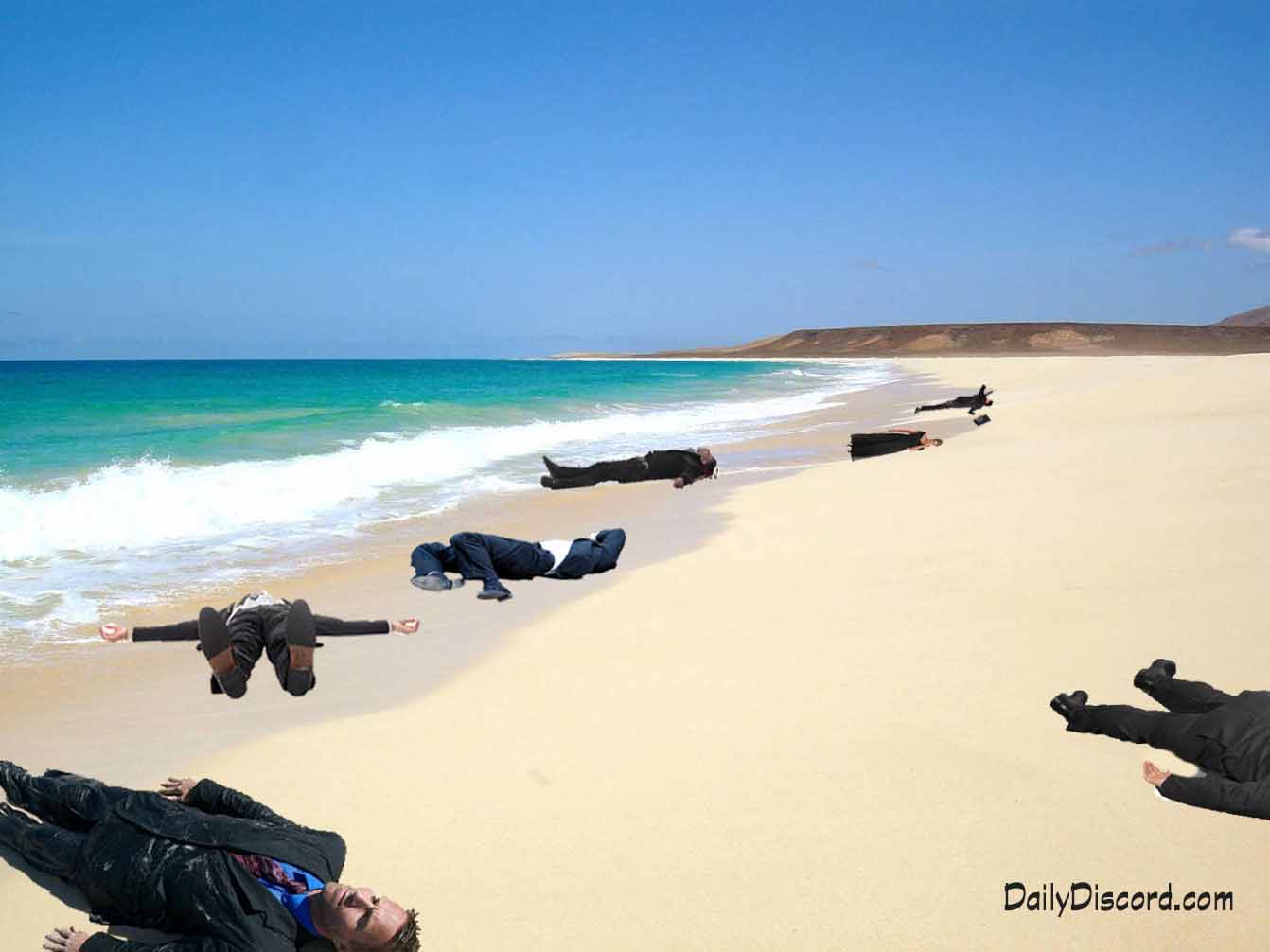 Baja, MX—For reasons yet to be determined a massive school of Republican superdelegates beached themselves along the Baja coast earlier today. Some theorize the burden of backing Donald Trump at the Republican National Convention was simply too much for many to bear. Today’s events throw doubt as to the relative health and competence of the Grand Old Party and it raises existential questions, such as: if you tack too far right will you eventually come to water? Theories about the deaths range from a Trump suicide pact to a synchronized swimming event gone horribly wrong.

One prominent political marine biologist has a different theory. Dr. Sterling Hogbein, of the Hogbein Institute and Lube, said, “The navigational system of the GOP has been very skewed in recent years. This could cause an overload to the directional systems of the parietal lobe. So it is quite possible these individuals thought it was July 18th and that they were heading to Cleveland for the convention.”

Critics claim Dr. Hogbein is fermenting things in his bathtub again. “Dr. Hogbein’s theory hinges on the fact their are still neuronal impulses within the Republican brain,” said the Discord’s Dr. Kewla Juluka. “There’s no evidence of that. Not in the 21st century.”

Senator John Q. Republican added, “This is a crazy theory by a known crackpot. Let’s not forget this is the same man who attempted to carbon date the Luxor in Vegas …and failed.”

Presumptive Democratic nominee Hillary Clinton added, “I am not personally familiar with Dr. Hogbein’s work, but this is not politically unprecedented. I remember when a Tea Party meetup group all exploded in unison after… I can’t remember. I must have deleted that from my server.”