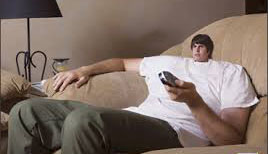 Cleveland, OH—The CEO of Fox News, Roger Ailes, is confirming the RNC’s intentional release of Zika carrying mosquitos in swing states as part Operation Freedumb’s Bite. Republicans are concerned about their upcoming general election chances. It remains unclear if they can win on the uneducated, angry white-vote alone. With the release of Zika, the frontal lobes of liberals across the nation will atrophy as the republican base conversely widens. Mr. Ailes believes this can help republicans chances in the general election and may even boost his own news channel’s ratings. Critics of the move are calling the stunt Mosquitovellian, but Mick Zano has narrowed it down to either DEMmentia or Roger Ailezheimers.

Some key republicans are downplaying the negative effects of this political strategy. John Q. Republican said, “This is simply an advanced form of our redistricting efforts that we’ve already successfully implemented to keep the House. So let’s call this neuromandering.”

RNC chair Reinse Priebus told the Discord, “People thought we would just knock down a building to stoke fear and give Trump the necessary bump to win the national election. That’s ridiculous. We’re not animals. After all, we republicans love buildings and have a strong affinity toward corporate real estate. Inflicting liberals with meningoencephalitis was the lesser of two evils as such a move is simply a noble effort to level the playing field. I believe our Founding Fathers would have understood …well, at least until their parietal lobes were compromised.”