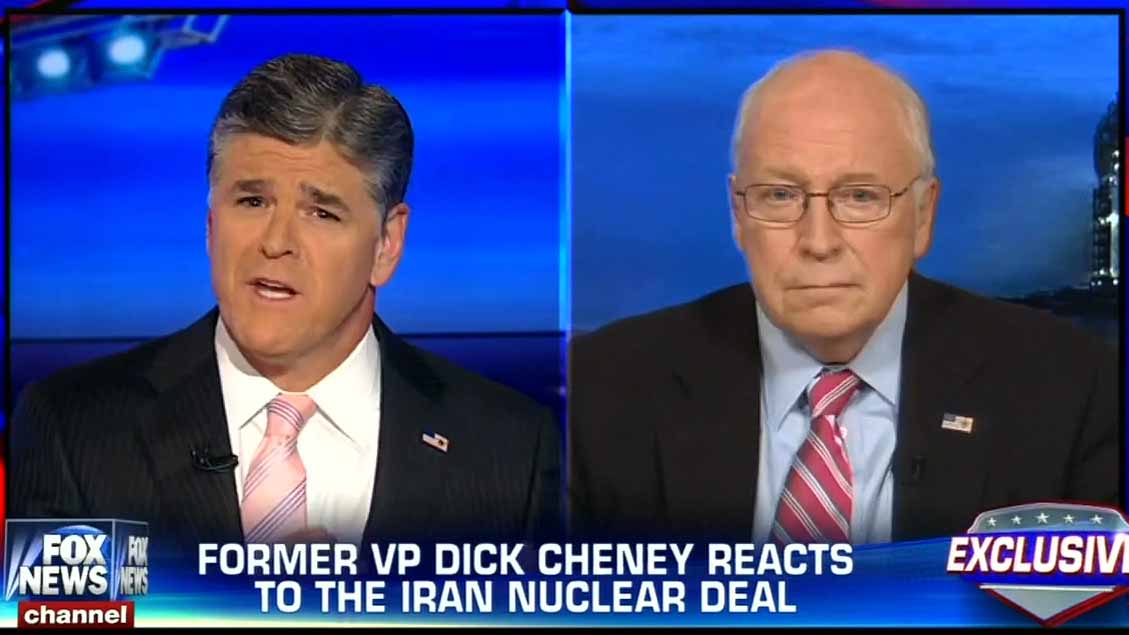 New York, NY—On the eve of the historic Iran nuclear agreement, a deal very few thought possible, our republican fiends were quick to gather in their Fox bunker to commence with Operation Ridicule. Don’t our 2nd Amendment rights demand we use them on Iran, right now? Think about it, Obama used sanctions, a computer virus and words to keep Iran from obtaining a nuke. What a pussy. It’s almost as bad as when Assad turned over all of his WMDs for the price of a few phone calls. Verizon Weaponless?

2. If talks succeed, yell a lot about how Obama is in bed with the Ayatollahs (which, incidentally, is punishable by death).

Who am I kidding? It’s time for another Zano retraction. The accurate Flesch-Kincaid grade level for the Republican Playbook is 3rd, not 4th. Third…and dropping.

To remind our readers of the story thus far, here’s a groovy timeline:

“We’ve tried nothing and we’re out of options.”

A computer virus called Stuxnet knocks Iran’s nuclear program back at least two years by frying all of their computers. Obama says, “I can neither confirm nor deny.”

We’re going to increase sanctions and I am exploring diplomatic channels.

Sanctions never work and talk is for pussies! We need to bomb, right now!

Sanctions are working and I’m going to start some serious direct negotiations.

I got this. What is wrong with you people? …too much red meat in your diet?

Iran will never allow you inside their facilities! How did you get the name Obama when you won’t O’bomba nothing!

We are continuing crippling sanctions, while working out a deal collaboratively with four other major countries to keep Iran from obtaining a nuclear weapon.

A deal will never be reached with Tehran! Sanctions are working which is lube for bombing!

Well, the deal will never hold.

“What is the President thinking?”

How do they stay so insistent and confident about anything? Even for a Pavlovian pooch a conditioned stimuli eventually goes extinct without any positive reinforcement. Lest we forget, John “nearly president” McCain wanted to “bomb, bomb, bomb, bomb, bomb Iran” throughout this process. I believe I left out a bomb, but these folks wouldn’t have. Make no mistake, a war with Iran would be very different than a war with Iraq and could well escalate to WWIII.

But I loved the reaction on Fox last night. It was almost as wonderful as Obama’s second election victory.

Mr. Cheney, you’re thinking of Benghazi. Here’s your medications, with the Jello you requested. Yes, it’s red, sir, like the spurting jugular of your enemies. Now it’s nap time.

Since by all accounts we have sufficient checks in place, either this really is the turning of a page, or it will work until Iran breaks the deal. Make no mistake, any delay in the ability of Iran to create a nuclear weapon is still a victory (See: Stuxnet). I am not in a rush to see WWIII and I am not confident another invasion will bring anything but a second economic collapse.

I predicted Obamacare would likely hold, even during its darkest hours, here. I also remained cautiously optimistic on this Iran deal. I have also said if these two survive the test of time Obama’s place in history will be secured. As ignorant as Republicans are, any organism knows when it’s about to die. What will the republican base do with this latest uptick on their own political doomsday clock? What are they capable of? Now that Fox and Friends have successfully fomented and fostered a delusional army, I predict this army is about to be unleashed on us.

At the very least Congress will try to derail this potentially monumental achievement, but what about the very worst? What chaos could they unleash on our society or our economy? …especially as they start to see their 2016 chances evaporating like neurons at a Trump rally. I’m not joking; this is a very sick faction of our society. They think any attempt at diplomacy is weakness, spending is saving, peace is an act of war, an economic recovery is an economic collapse and Benghazi was the real 9/11. So, of course, when nuclear scientists agree that Obama’s deal cuts off a pathway for Iran to obtain nuclear weapons they interpret it as a pathway for Iran to obtain a bomb.

“I’m not a nuclear scientist, but I’ve watched Homer Simpson closely over the years.”

Republicans are what we in the field of behavioral health call a shit-show and I am predicting they are going to do something crazy during the lead up to this next election, crazy even by their own ‘Weekly standards’. They are rooting for this Iran deal and/or our entire economy to go tits up before 2016, because, in their own delusional world, they’re the only ones who can restore ‘Murica to its former glory. As a collective, I have diagnosed them as sociopathic, which means it’s open season on reason and I believe they are capable of doing great harm in the name of patriotism.

To step out of the bubble for a moment:

This is the President we were promised. I wasn’t the first to articulate how Obama was playing a long game. He’s never been interested in winning the latest news cycle like our ADD friends on the right. This achievement is yet another example of the potential rewards of that long game, which must be very hard to understand from the short bus.

Wouldn’t it be nice if we could just live here in this reality and not have to constantly worry whether or not one political party has received its anti-psychotic medication? No, Mr. Cheney, the other nurse isn’t coming back. I’m afraid waterboarding staff is against policy…not to mention the Geneva Conventions. Looks like your blood pressure is spiking again, Mr. Cheney.