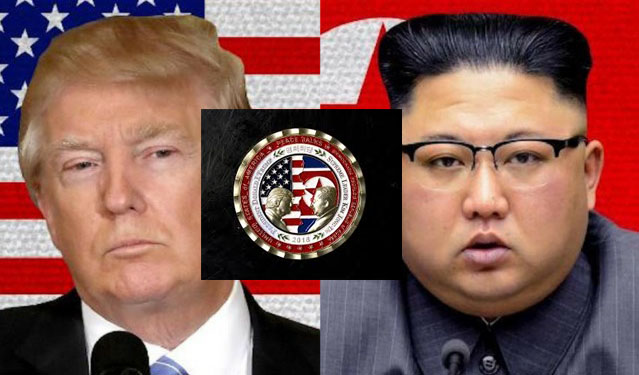 Tweet Tower—In a move many are calling predictable, President Donald Trump has ordered his Department of Defense to drop the one million newly minted NK/USA June summit commemorative coins over the most populated areas of North Korea. This news comes today shortly after negotiations regarding the tentative Singapore summit between the two nations officially broke down. If this were not childish enough, the U.S. military has been instructed to make farting sounds as they fly over the North Korean peninsula. Donald Trump has also ordered his Justice Department to fully investigate the Nobel Peace Prize Committee, because he “still wants one.” When the president was told the Nobel Committee is housed in Norway, the Trump Administration immediately placed stiff sanctions on the country and imposed crushing tariffs on all Scandinavian imports.

In a bit of a snafu, the Trump Administration initially sanctioned the Netherlands, until a staffer corrected the president by pointing out Norway was, in fact, a Scandinavian country.

President Trump minced all words today in a tweet:

The Supreme Leader of North Korea, Kim Jong Un, was later overheard on a hot mic saying, “How does this guy keep making me look good? No really, I’ve worked very hard to become an evil dictator.”