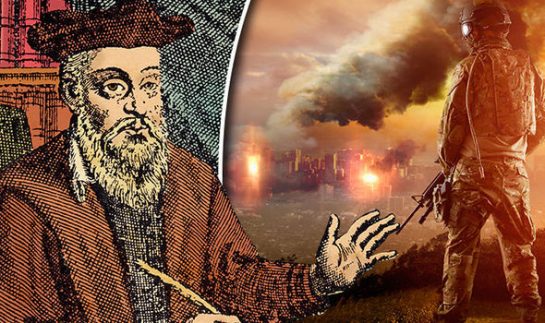 Those who read the Zano can already read the Ukrainian tea leaves. I don’t post much anymore, but you got this, gang! You’ve been handed the algorithm. Most of us are concerned about the advent of WWIII, and with good reason. Are we all going to die in a flamy Putinesque wall of fire? I actual don’t know, but when Nikki Haley and The Donald, two prominent republicans, admonished Biden’s approach to Moscow last week, we were handed a pretty big clue. Specifically, Nikki Haley felt that Biden was failing to deliver in a “major leadership moment,” and Trump said sanctions won’t work. The rightwing media, true to form, quickly followed suit with: Western sanctions don’t harm Putin — they strengthen him | TheHill. Putin eats sanctions for breakfast and shits non-binding UN resolutions after his nooner. That moment of R-unity is when the rest of us can take a collective deep breath and crack open a brewsky in preparation for that Super Game. Wait. I’m being told that’s over …and it’s not called the Super Game. Anyway, when the GOP speaks in a single voice, we are handed that compass—the one pointing due south. It’s that moment when we can, preferably in a presidential hushed tone, whisper: “It’s going to be okay.” 72-hours after the rightwing Biden blitzscheiss, we find out just how wrong the wrong brigade got this one. What was nice about this is how, well, usually it takes a year or more before we find out how badly they muffed it, and by then no one cares. This one played out faster than the Flash chugging a case of Red Bull. Biden orchestrated this shit in the time it took our former president to take one. In Mr. Trump’s defense, he was apparently doing other things in there.

On the one side, the rightwing chicken hawks have their chests puffed out and don’t want to appear weak. For them, losing every war since WWII is somehow a show of strength. Hmmm. Whenever a republican speaks, the image of SpongeBob asking if it’s Opposite Day flashes in my mind’s eye. Is Biden playing it perfect? Two concerns with the Biden Doctrine thus far: does this plan give China the green light in Taiwan? And second, are our psychologists as well as our generals advising Biden on how exactly to play this? At its heart, this might prove to be an international, yet individual crisis intervention. This scenario reminded me of an old SNL bit: can we mitigate this situation without taunting Happy Fun Ball?

The question is this, can Biden beat Putin without—to borrow an awful snowflaky phrase—any unnecessary toxic masculinity? This doesn’t mean placate the guy, by any means, but don’t unnecessarily offend the actual cretin stalking around the Kremlin. This isn’t weakness, it’s about understanding one’s enemies. It’s about employing a DSM perspective, aka the psychiatrist’s handbook, and knowing how best to handle a sociopath. We don’t need unforced personal errors when dealing with a nuclear power. Example? Whereas Biden needed to show strength and calm during SOTU for our more ethnocentric minded citizens, should he really have said, “Putin has no idea what’s coming?”

Of course, this comment pales in comparison to Lindsey Graham who is calling for Putin’s assassination. Sure, all options may be on the table, but why say that out loud, unless you’re, well, an idiot? You see, a sociopath with a nuclear arsenal might try to Trump such remarks …with ballistic nukes. I only have wholistic nukes in my arsenal, and I’m running a special on my 7-day cleanse. Deal ends Friday: I ended that bit with a colon as a marketing gimmick.

Back to our psychological community for a moment: we know now that Zelensky played The Donald well during the Trump years. He understood how our former president resided along the same cluster of personality disorders as Putin (or, as my old psych-unit used to call it, Cluster F). When handling Trump, Zelensky wanted to avoid alienating either political party; he would not make up dirt on Hunter Biden, but nor would he incriminate the US president for playing Ambassador mob boss. And it worked. Today, the world is rallying around the fairly corrupt, backborscht nation known as the Ukraine. He did this through psychological strategery and finesse. This is not the entire answer when dealing with Moscow, of course, but it had better be part of the equation. We need to be smarter than our sociopathic friends and enemies. Apparently, anyone can be smarter than Lindsey Graham. Thankfully, at this key juncture, we have a Democrat in office, so let’s weaponize that liberal noggin of ours. We can get back to Operation Captain Caveman in 2024.

And, don’t worry, we will. But, just for today…

Addendum 3-6: Chuck Todd interviewed Nikki Haley today and she added that she is “mortified” Biden is talking to China about Russia. Hmmm. She also got in another dig over the Iran Deal as well, you know, the deal Obama rocked, and then Trump botched. She then offered no actual solutions and repeated the GOP mantra that diplomacy is dead. Bomb first, ask what country we just bombed latter (paid for by the Republican National Committee and the WWIII Foundation). She’s doubling down on last week’s “Biden missed his big leadership moment” gaff. She is the strongest female contender for the republican ticket in 2022, and all I can say is: wow, these people never learn anything under any circumstances. And, yes, what I have been saying for 20 years is relevant now more than ever: they will be our undoing. Kidding, past tense.