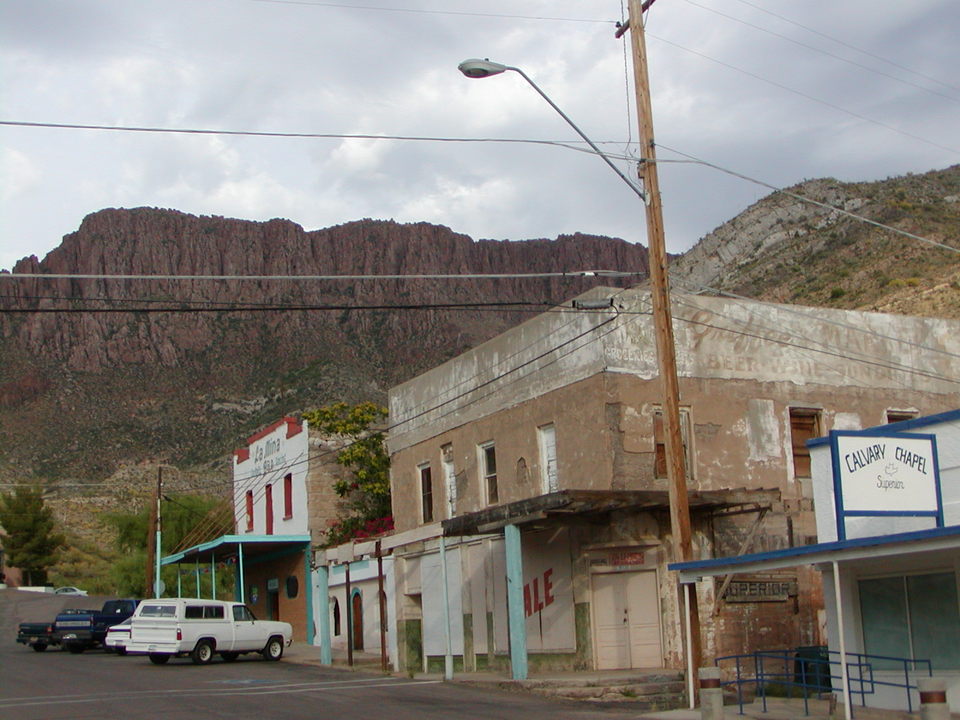 Superior, AZ—So this is my new thing, at least for the next month or so, I’m heading out into Arizona’s desert badlands on the days you’re least likely to run into other humans. Some people think you should only explore the desert in the winter. Forget such ideas. One should experience an area’s true nature. You don’t become one with the Saguaros hiking through them in January. This would be like trying to discover Mardi Gras in New Orleans in September. Also, with Phoenix now being the fifth largest city in the US, if one wants a little desert solitaire, you need to avoid the spilling of the masses into the wilds by dodging the weekends. I want to be the only non-local around, Non-local = El Loco.

Before I go any further, I’d like to elaborate on something. I’ve had a few nick names throughout my life, but I’m sure Alex Bone isn’t one of them… When I was in middle school, my large feet and tall frame earned me the tag of “Bigfoot”. Later in high school, oh what a lovely time, due to my pale complexion I was called “The Ghost.” Is this reverse racism, being too white for whiteys? So since I endured the label of ghost, I think I have the right to keep the term as I explore some of Arizona’s backroad quasi-ghost towns. (Side note: I did enjoy a heathy amount of retribution against the culprits who labeled me in my 90% jock high school. But, as they say, this is a different story.)

After spending the afternoon looking for a former mining town, small and old enough to draw me in, but also modern enough for me to have a roof and a bite for a least a night, I settled on Superior, Arizona. Sean Penn starred in Uturn which was set here a few decades ago. Hollywood liked the looks of the place and felt it represented Arizona strangeness at its finest. But, does the reality hold up to the fantasy? It could be worse. I could end up at that Wrong Turn place with all the cannibals with bows. Such events can be very exciting as well, unless you’re eaten.

Waiting until nightfall, The Ghost heads into the what remains of Superior’s downtown. I travel under a bridge, complete with a troll’s lair, and then move over the undulating streets which crumble under my shoes. The tangle of roads leaves me feeling disoriented until a glowing neon sign peeks between the burned-out shells of houses. It reminds me food and drink are possible if only one can find their way past these half-abandoned houses. A break in the fence later and I’m moving over brick streets and up old staircases lining the sides of empty buildings.

I’m woken up the next morning with a manic knock on my door. A young woman saw my children’s clothes in my car and came to the natural conclusion I had them locked in my trunk. I quickly realized this was schizophrenic logic and this poor gal had some issues. She asked for a light for her smoke and took my lighter while asking me to open the trunk to prove there were no children locked inside. I figured this act would be better than a crazed call to the sheriff, so I obliged. She walked away satisfied and yep, I got my lighter back before I headed off to the one open restaurant in a row with nine closed ones.

While at lunch, the aforementioned female broke into people’s rooms and was chased off by a very angry woman. Somehow, I’m the most paranoid guest who actually keeps the door locked?

Last night’s quest for grub and dud, had also failed due to the twisted alleys and a shut down time of 7:00 PM (it’s a small town). The long, also half lost, journey back to the hotel left me needing to complete my trek to the town’s one functioning tavern. Porter’s Saloon had been around a while. I can feel the whispers of miners mixing with real cowboys as they paid out their earnings on a small slice of civilization and four surrounding walls filled with a different kind of spirits.

Another type of ghosts haunt the place now. The living ghosts clinging to a dying town. Little in the way of jobs or money coming in, but low-to-no rent as fourth generations cling to former miner’s homes balance this enough for many to stay. They bake through the low desert heat avoiding the chains stores, strip malls, and shopping in return for this blessing: they keep their original aspect. Nothing here is duplicated. The town is as individual as the people who made it.

Some are just copies of other things we see, a mass following of ideas, fast food chains, exercise studios, and cross-country commodities. From Miami to Seattle kids can dress the same and follow the same trends. While in some towns there’s an indifference to commonality.  People follow a similar path. Many let themselves be taken-in by mass movements which spread over countries and continents. Whether one is Christian, liberal, or into war-porn, oops I mean sports, you’re all waiting in the back of a huge line with millions if not billions of smucks.

FYI the bigger the line the more smucks.

Some people, like Superior, use whatever resources they have to shape themselves in the best manner they can manage. They borrow and trade with the outside world, but after they mold it to their needs, it is unique and unrecognizable.

Many mass thought patterns and movements have merit and one need not waste their whole lives reinventing the wheel. However important issues, concepts and movements should not be taken for granted. It is when we insist that the way a huge group of people think is right that we are most likely to be wrong. Things like avoiding racism, environmentalism, and a positive-based life are examples of philosophies that I hope the whole species will evolve into embracing.

So what is the answer? How can one know the right path to tread and which is a huge waste of time or worse… evil?

Here is a handy backward paradigm checklist. If you follow a system or leader who does these things duck, cover, and then run away.

Ø Paradigm is based on Fear

Ø Is inflexible with regard to having all the answers

Ø Hate and blame rule the words of the leaders

Ø Asks one to take things on faith instead of proof

How can we balance the individualism of avoiding interference with the bombardment of the modern world while it’s now more important than ever to be involved with saving our planet and our way of life?

I really think we will either have to evolve our consciousness or die. How many planets have failed when they reached this stage and how many have moved ahead? I would love to know the odds before I start placing my bets. Just kidding, I’ll bet on us every time. I’m a glass half-full kind of a…