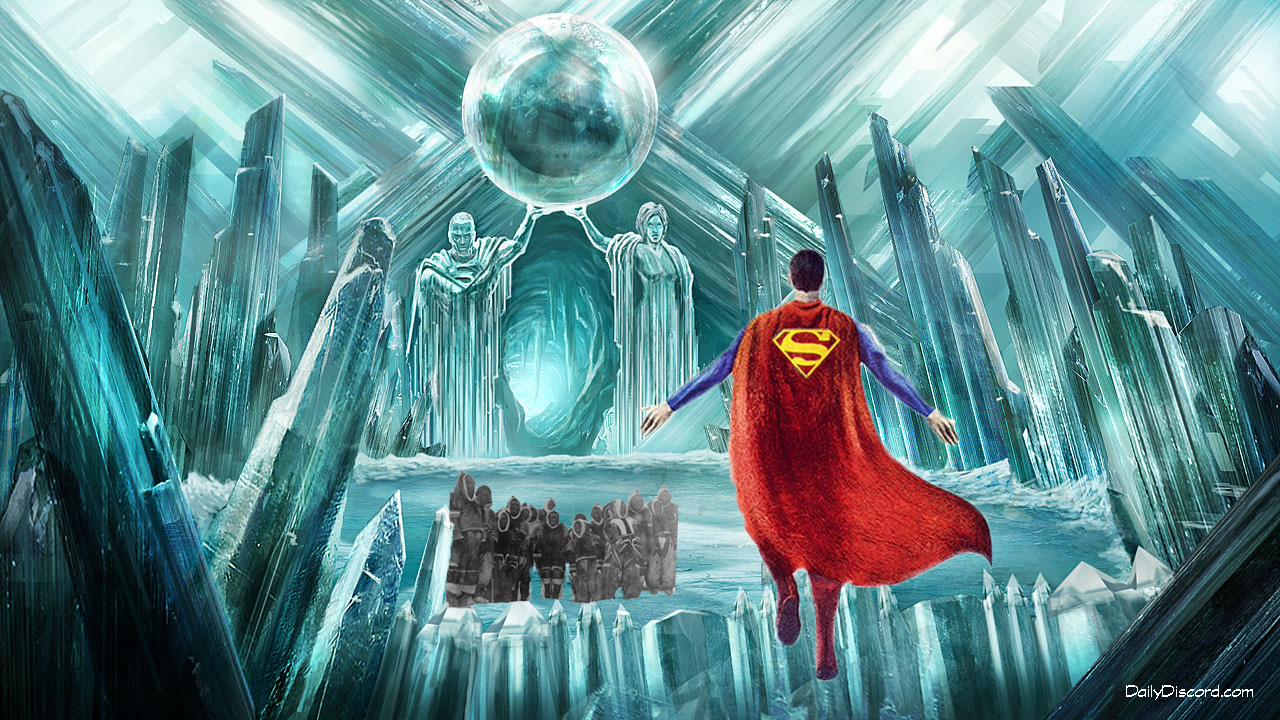 Fortress of Solitude—Earlier today Superman was shocked to find a tribe of Eskimos squatting in his secret fortress deep in the frozen north. The Man of Steel said he could “just spit nails” after the discovery, but then clarified, “No really, I can spit nails now. It’s something I do when I’m bored.” The Eskimos are citing squatters rights and some obscure reverse-imminent-domain law as grounds for remaining in the structure. The tribe reportedly moved into the ice mansion soon after the onset of the filming of Batman v Superman: Dawn of Justice.

President Trump is already trading jibes with the superhero and suggested he: “invest in a home security system,” and “stop immigration by building that ice wall!”

Superman is not prepared to use force to eject the tribe at this time, but he has been projecting the scene wherein Anakin Skywalker slaughters an entire village of Tusken Raiders, on a loop. The Eskimos say the won’t be intimidated. “This is our manifest destiny. Take that whitey. Besides, isn’t Kal-El just another illegal alien? Where’s your green card bitch?” The tribe is still attempting to locate the laundry room and asked respectfully that Superman renew his Hulu account.

Superman told the Discord today, “I have already lost half of my fitness center to global warming and now this. I would call ICE but that has a different connotation up here.”