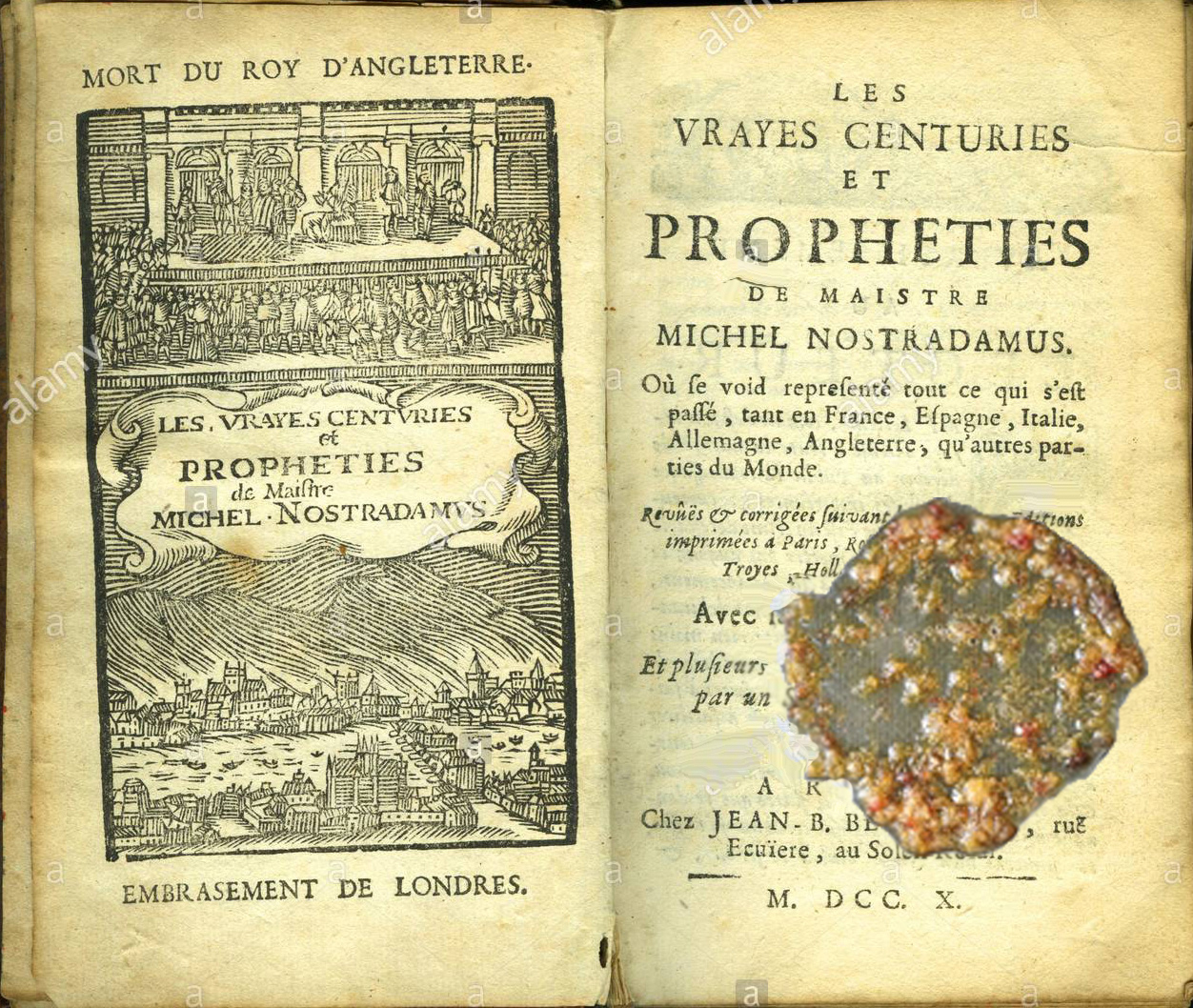 To the backdrop of my endless dystopic rants, it’s probably tough to tell that I actually enjoy writing. My basic motivation stems from humor, of course, but it’s a constant struggle to find anything remotely amusing about my time spent in a waning superpower that, even on a good day, functions on the shitshowy-side of fubar. Back in undergraduate-land, I once told my philosophy professor that I only wanted to learn enough about the absolute truths to make fun of them. He laughed, called me a nihilist, and then took another swig of his Stolis. A combination of nihilism and masochism have kept me blogging this long and the word fun is not how I would describe today’s politique, or what I have come to refer to as the American scheissgiest. It’s a truly awful prospect to climb, day-after-day, into this particular patch of rancid weeds, especially with all the Monsantocides and Foxal matter about. Staying an informed citizen is one thing, but following the political play-by-play comes with a certain risk to one’s own mental health. Hanging out here all the time is creepy …sending your daughter on a date with Matt Gaetz, creepy.

At one point Andrew Sullivan issued a warning about the emotional implications of following politics too closely as he ended his long-running, Daily Dish, and Jon Stewart similarly echoed this sentiment upon his departure from The Daily Show. There are people in my life who still proudly identify as republican, but it’s proving ever more difficult to maintain these relationships, for obvious reasons. The consequences are immeasurable. Whereas I don’t always find liberals particularly savvy—the news is, and has been—the cognitive wasteland right of the political center. I still criticize liberal actions and policies through some scant objectivity, while our republican friends remain wholly incapable of this feat. Post Donald & Dubya, if there’s no sign of even what I’ve referred to as the rudimentary precursors of conservative self-reflection then what are we doing? For my last rage against the leftist machine, you must trek all the way back to March, follow-up forthcoming. But the right-wingers inability to see any fault whatsoever within their own ranks, which is quite rank in 2021, is what I have come to call the story within the story of our time. The same Andrew Sullivan, when talking about pundits, recently told David Frum, “We’re not in the prognostication business.” I agree with this assessment as the intelligencer keeps getting shit dead wrong. As for this blogger, well, I am in the prognostication business, although ‘business’ is the wrong word. I think we had precisely one advertiser here on The Discord and we still owe them money. And although I keep forever linking back to where and when my prescient warnings went unheeded, there are precisely zero articles covering my prognostic flubs. But I predict all that will change today! For obvious reasons, this will be a short article. Sorry, couldn’t resist.

My biggest flub? I believed that one Trump term would net us two out of three of the following: a constitutional crisis, an unnecessary war, or an economic downturn (of the significant variety). I was exceedingly confident of this and the second part involved how we would see all three of these should Trump be afforded a second term. And the overarching prediction was how we would not fully recover from even one term. I still believe my 8-year prediction would be spot on, but thankfully we will never know.

I am happy to report that, other than a constitutional crisis, I missed the mark on the four-year version. You might be feeling generous and are saying, well, Trump’s gross mishandling of the pandemic did create a fairly massive economic downturn, not to mention the fact he certainly considered some last-minute wag the dog schitznik with Tehran to help his reelection bid. Whereas these are both true statements, no, I did not get this one right as neither fully manifested in my predicted timeframes. If the bottom falls out of our economy tomorrow, which is clearly possible, maybe I will retract this retraction. But soon Biden will have his fingerprints on a lot of the stimulus funds and economic strategies, good, bad, or otherwise, so blame will be harder to assess in the near future. So far I commend the scope of Biden’s actions and give the Zano seal of approval for his attempt to turn this mess around, but it’s likely too late. Unfortunately, we fell so far behind on infrastructure and beyond it’s hard to imagine a scenario wherein we return to a relevant superpower. Our bullying won’t work much longer as our sanctions are backfiring rather spectacularly at the moment. Our republican friends shoulder the bulk of the blame for this new reality.

But as for the magnitude of the economic collapse, I was wrong. There, I said it. Feels good, liberating actually.

What about never recovering from Trump, Zano?

This piece focuses on what I got wrong. I still believe that view holds some water, brown as it may be getting in this country.

Trump certainly damaged our republic and the only questions are: how bad and can we recover? I am actually cautiously optimistic. After all, a functioning adult recently took the place of a raging toddler. Know hope.

Related to this, I championed the Simpson-Bowles approach to the crash of 2008. I had hoped Obama would use a combination of stimulus and austerity, thus striking a happy medium for our recovery stimulus package. Conventional wisdom points to the fact the US recovery lagged a bit, because the 800 billion Obama managed to muster, which was huge at the time, simply wasn’t enough. Our new chief isn’t falling for this and, as Damon Linker pointed out, “Biden slams the door on Reaganism.” Good riddance, but next time call such an article: Bedtime for Bonzo.

My blogvesary would likely insist I add the results of the Mueller probe to my missteps, but this is not going to happen. My predictions from week one stand:

Compromised due to aforementioned financial issues or white collar crimes = This picture is becoming clearer and will continue to be damning as we review his financial dealings.

If Trump is busted for any white-collar crime then the above prediction will land miles closer to the mark than my blogvesary’s version, which is the equivalent of Barr’s no collusion, no obstruction. These are clearly lies. According to CNN, the Durham probe has reviewed the culpability of the top intelligence tier, aka Clapper, Comey, and Brennan, and, like Horowitz before him, found no wrongdoing. Zero. Remember this was the lynchpin of Spygate and my blogvesary’s ramblings. I am still hoping these investigations lead to some sorely needed intelligence reform, but it will not, as advertised, lead to the indictment of the main targets: Obama, Hillary and/or Mr. President.

I apologize that this bit made it into an article on what I got wrong, but my blogvesary would still have questioned its absence. I didn’t get it all right, but I was darn close. But the Pokester can add this saga to the long list of things he muffed, although, Mr. Winslow has warned that such an article, one that attempts to include everything my rival flubbed, would likely tax the limits of our existing server.

There is one aspect of Spygate I got wrong. I believed Barr could easily blow Durham’s findings out of proportion and would make a lot of hay out of this reverse-Special Counsel. He lied about Mueller, so why not blow Durham’s findings, namely procedural errors, way out of proportion? Barr and Trump ran out of time and January’s Dimsurrection failed. So maybe this still would have happened under a second Trump term, but this is conjecture.

In reviewing my nuggets of wisdom I do occasionally find something I clearly got wrong, so this is by no means a comprehensive list of errors. I did start to collect these in one place, several years ago, but most were fairly trivial and never made it into the Final Fail File. There are some exceptions, but I’ll be damned if I can find any. I used to say that my only retractions came when I made the mistake of agreeing with one of our republican contributors. This is still true. I also used to say, circa ten-to-fifteen years ago, republicans were due to be right about something. Somehow even that extremely low bar didn’t age well. Overall, I still seem darn good at this. I searched the word ‘predict’ for as long as I could peruse my old Discord articles (the same search feature at the top of the site), and I failed to find much else. The best faux pa summary involves the resiliency of the US economy. I really thought that post-Bush and post-Trump we were up shit’s creek and yet we simply printed more imaginary money and forged ahead on perception only. This has certainly shifted my view of economic principles, but I still feel strongly that operating this level of dysfunction over the long term is a whopping mistake for ourselves and our children. I’m sure there are more boo boos hiding in there somewhere, but likely not of the earth-shattering variety. For earth-shattering miscalculations, one need look no farther than the antics and record of The Grifting Old Party.

*4/29 addition: It seems there’s a difference of opinion on this one. A reader said, “How could you possibly say there wasn’t a monstrous economic downturn? Why wouldn’t you give yourself credit for this 2 out of 3 prediction?” I’ll say this much, the downturn is huge and we may not climb out, however, the downturn was caused by the pandemic as much as Trump. Here’s the thing, I predicted no recovery, and our GDP is 6.4 at the moment. Yes, we came as close to flatlining as a country can get, but I was wrong and I’m happy about it. Maybe it’s a new day! Kidding, we’re still F-d.