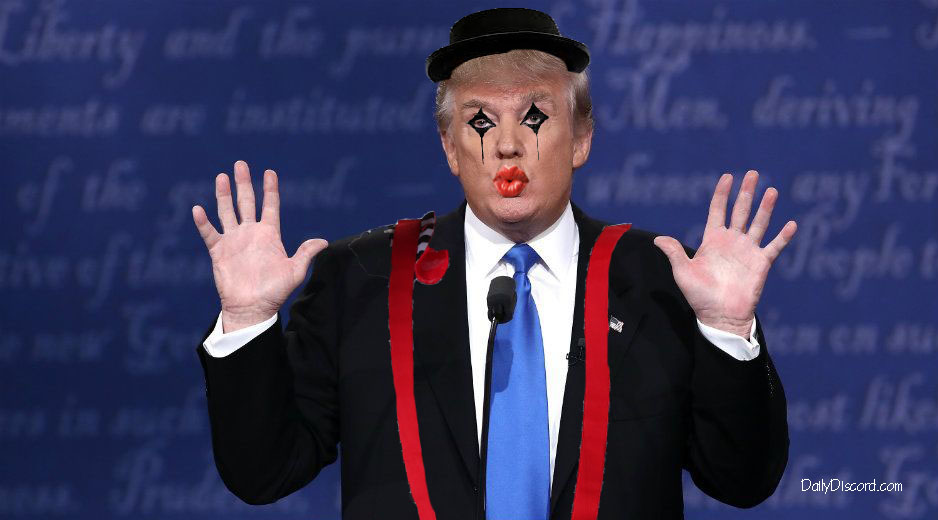 Tweet Tower—President Ass-Clown Hitler energized a group of Trump supporters today at a rally in Backwash, MS. The Donald performed a mime act his own tweets describe as epic, historic, and bigly mimely. He did an impersonation of ‘man trapped in White House’, ‘man juggling numerous lies’, and for his big finale he wowed the crowd with ‘man climbing away from stench of own comments.’

Kellyanne Conway told the Discord, “Initially we were a little worried about the optics of this act, because some people in the fake news industry equate mimes with clowns. I’m kidding, we don’t really think about anything before we say or do it. Duh!”

John Q. Republican added, “Mime doesn’t pay. Get it! Ha! No, seriously, if more people believed in the good work of mimes, we could have a wall along our border created solely from the power of the mime. And just think about what mimes could do for tax reform. No, really, it can’t be any worse than what we republicans come up with.” 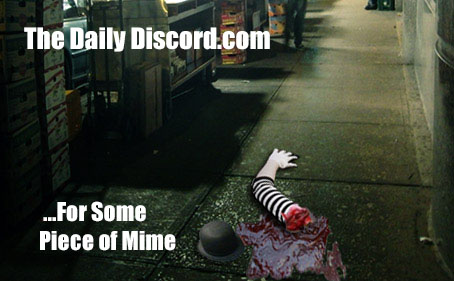