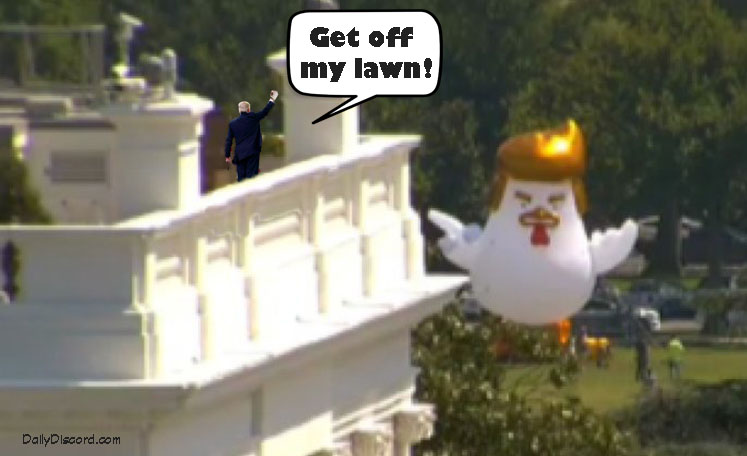 Tweet Tower—President Trump ordered the giant chicken parked near the White House to “stand down, or risk a tweet and profanity storm not seen on this planet since Monday.” The chicken appears to be unfazed by the president’s threats and continues to loom menacingly nearby. Secretary of Defense General James Mattis told the Discord, “This situation is contained, so there is no nuclear option on the table. I believe the president was referring to a microwavable chicken nugget and a picnic table.” General Mattis later added, “This President is not a chicken hawk, but I’ll admit his comments are rather half-baked, and you should really try to avoid that with chicken. Speaking of which, if you can get salmonella from a chicken, why can’t you get chicken pox from a salmon? That always bothered me.”

The man behind the chicken stunt, 31 year old Taran Singh Brar, told the Discord, “I really think we should have this president tarred and feathered, which was the original inspiration behind the creation of a big chicken man. Both are filled with hot air. The Secret Service is now telling me this is my only phone call as I’m being shipped to Guantanamo Bay as an enemy combatant. What’s worse is they’re threatening to choke the chicken. Someone save my baby!”