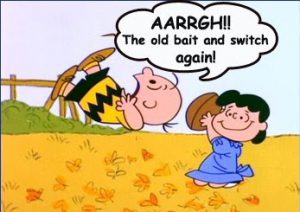 There is certainly liberal amounts of blood in our political waters, but I’m afraid it’s not actually type-D. This Susan Rice “scandal” has Benghazi written all over it. Hey, at least they’re reading. No matter where this next batch of rightwing dimquires lead, our republican friends will likely be covering this Rice dish right up until the impeachment proceedings. Focus on the Susan Rice “scandal” and you’ll miss the main course, peeps. Stuffed pig? Why are you still harping on Obama and Hillary? Can’t you people just take five minutes to focus on your inability to lead? If you recall, Obama let Bush and Cheney off the hook and they should have hung, well, if you believe international law. At this point I don’t even have a horse in this race. Sorry, folks, the last nationalistic bone in my body is riddled with Foxsteoporises. Speaking of which, does Rice have any calcium?

Let’s take a look at this right herring, shall we? Obama’s former National Security Adviser is being accused of ‘unmasking’ some Trump peeps. Essentially, the NSA listens to all foreign calls and those calls deemed suspicious—you know, like during instances of possible collusion with foreign governments—the National Security Adviser may ask to find out who was on the American side of that specific call. Foxeteers believe she unmasked several Trump peeps for political reasons and amassed info on them wrongly. So instead of the obvious question, well, here’s the GOP scandal translator:

Are we going to find out if Rice followed protocols to the Tee? Of course we are! We may never find out if our president colluded with a foreign government to get elected, but everything a liberal does is subject to endless audits, investigations and scrutiny. Yay! Do I know how this Rice thing will end? …well, if the last couple of decades of Benghazi nuggets are any indication, yes …yes, I do.

Welcome back my friends to the shit show that never ends. Emerson, Lake, and Boehner?

On some level republicans must get what’s happening, which explains why they’re doubling down on their Benghazi Thunder (which is also my favorite Ben Stiller movie). Sorry, our dismal future has little to do with Obama’s former Security Adviser. But that’s the game, isn’t it? Republicans are so far down the rabbit hole the light they are always seeing is the March Hare’s arse, not his mouth. It’s where  conservatives typically choose to reside, which would be fine except they constantly force us to visit. Buggered Bunny?

Making up a diversion that will hook the republican base is easy. It’s not will the Breitsharts of the world have more questions, inquiries and investigative pushes on any given topic, but do they have any merit?

How many team Trump members were unmasked by Rice’s office?
Did Rice’s complete her unmasked spread sheet in invisible ink?
Did Rice collude with the Mexicans to thwart the border wall?
Did Rice help Hillary hide Vince Foster’s body?
When will Bigfoot testify on Benghazi? 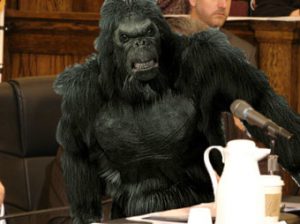 And they’ve been getting away with these stunts forever. Hell, they’ve even been rewarded with seats! What these bait and switch tactics also do is provide another series of investigations to act as cover for Ass-Clown. So he’ll be able to plunder our treasure a little longer than a reasonable country would allow. Congratulations? Such maneuvers also change perception over time and obfuscate the bigger patterns. How else do you get people this incompetent in power? …well, besides voter suppression and gerrymandering.

Fox News’s Charles Krauthammer said yesterday (4/5/17) the Rice affair “is all speculation.” Sorry, Charles but you can extrapolate that to the entire rightwing media at this point. Facts are not the GOP’s forte. The poor Fox anchors yesterday were like, “Why don’t any of you care about this nonsense we’re supposed to be pushing today?! No one else wants to speculate further on this Rice thing? Bueller, Bueller?”

Even if all the allegations against Susan Rice prove true, which won’t happen, it pales in comparison to the prospect of a military execution of a sitting president. You see how those aren’t really equal? Lots of evidence for the one big thing, nothing for the other little thing, so you know where the Foxeteers are headed. I am not saying we shouldn’t look into how she handled this information, but we’re not likely to find anything of relevance. We never do. It does change the perception of liberal wrongdoing over time, but it doesn’t change the fact it’s always 100% Foxal matter. At this point the entire republican party is probably in danger of catching fire like a pre-EPA industrial river.

Republicans want to turn every stone to find Susan Rice’s invisible spread sheet and they are charge so we will. And, if they do finally agree to have a valid Russian collusion investigation, they will want the focus to be on the Clintons and their business dealings with Russia, here. What the hell is wrong with you people? Hey, that’s your homework assignment. Start by picking up a dictionary and looking up the word business transactions and treason. As it turns out, there’s a difference. Who knew?

Over the course of the last decade, the only scandal that even qualifies as such was how Hillary used an unprotected server. Of course republicans operated like this pre-Hillary (See: Colin Powell’s server) and post-Hillary (See: Donald J. Trump’s smart phone). So of all those far fetched notions, from the death of Vince Foster, to buying Russian uranium, to Benghazi, the biggest dent in the Clinton armor rates a whopping ‘meh’ on the Nixon scale. In fact, Trump is still using the same unprotected equipment, right now! Better warn his daughter. Ha! Sorry, couldn’t resist.

Actually, I will continue to RESIST. Who wouldn’t?