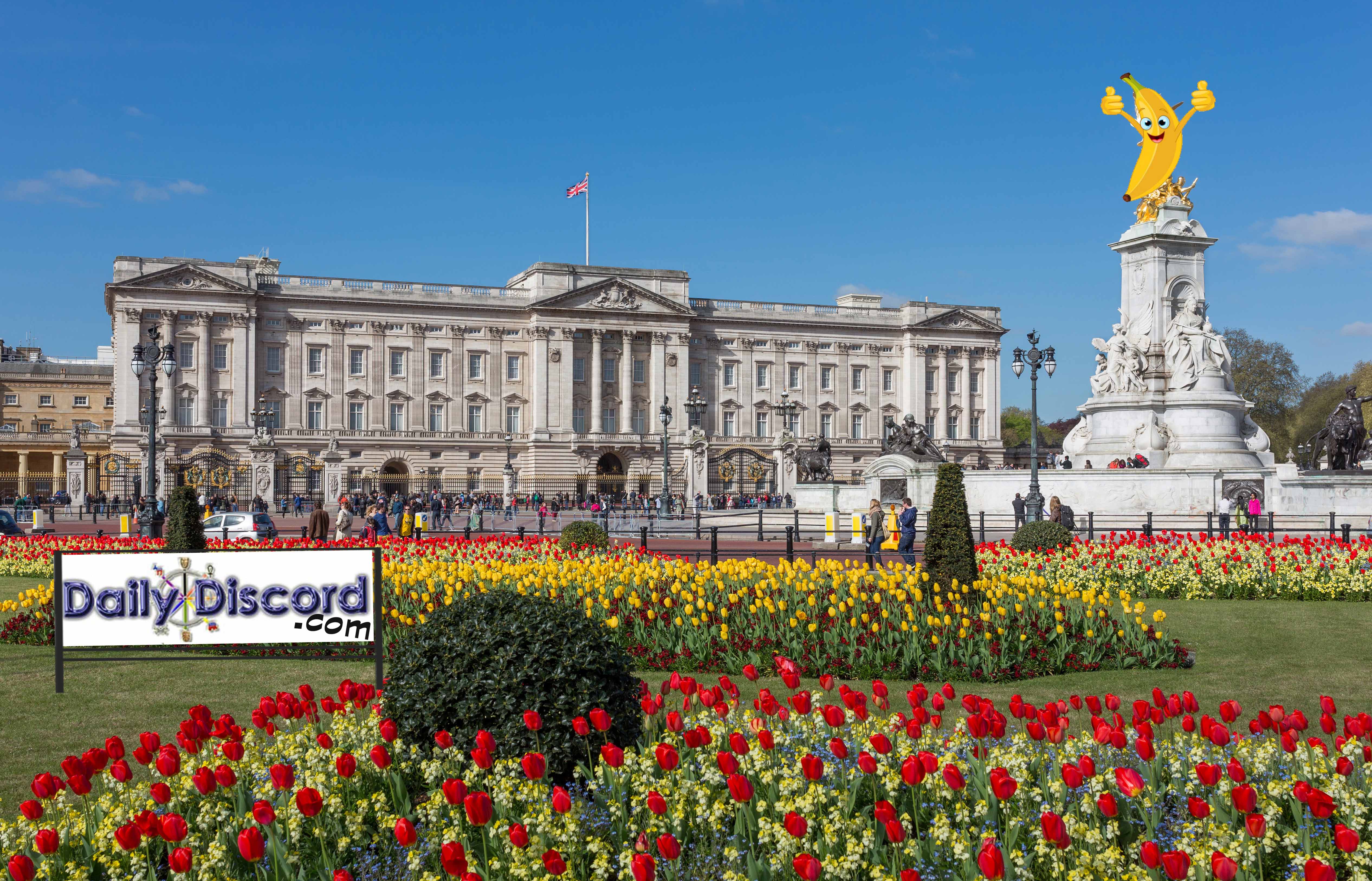 Buckingham Palace—CEO of the Daily Discord, Pierce Winslow, is “as surprised as anyone” after learning he was able to purchase jolly old England for just under the estimated worth of the Daily Discord.com. Winslow told reporters today, “I actually took a page from Zano, I know, weird. We need to know the conservative position on everything so we can adopt the exact opposite strategy. With crisis comes opportunity, or in this case a once sovereign nation.” Winslow then went on to say, “The sun never sets on The Discord empire!” and then recited a highly inappropriate version of Churchill’s speech, before being dragged away by the authorities.

England’s Prime Minister, David Cameron, called to congratulate The Daily Discord today on their recent purchase. He declined, however, an invitation to join The Discord’s Naked Newcastle Naughty-Bits barcrawl. “I think I will leave that dubious honor to my replacement. In fact, I was actually planning to stick around until October, but now I’m planning my own rather hastened retreat. I’m calling it Optimus Primexit. Get it? Hah!”

The Queen has yet to respond to this event and is thus far ignoring the Discord’s request “that everyone vacate the premises by week’s end, except Kate, of course, who is welcome to stay if she is willing to clean the palace dressed like Wonder Woman.” There are reports that several of The Daily Discord gang have already moved into Buckingham Palace. Alex Bone allegedly had a construction company join 127 of the rooms so the punk band GWAR can play there on Friday. Tony Ballz is reportedly sleeping outside in some bushes, but he hopes to move into the attic soon. “They do have an attic, right?”

Discord’s Les Moore is eager to make some important changes, “I think I’m going to run things from 10 Clowning Street, Scotland Yard will be switched to the metric system, and I’m going to finish building Stonehenge,” said Moore. “I mean, damn, they should have finished that shit ages ago. Celtic wisdom, my ass. Oh, and I think the White Cliffs of Ben Dover has a nice ring to it.”

Head Comedy Writer Mick Zano warns, “Donald Trump needs to understand that his golf course in Scotland is now within range of our Fodder Cannons. If Scotland continues to remain pro-Trump, we will build a wall between England and Scotland. Wait, I’m being told there’s already a wall between England and Scotland. Fine, so we’ll make it bigger! And we’ll get the Romans to pay for it!”