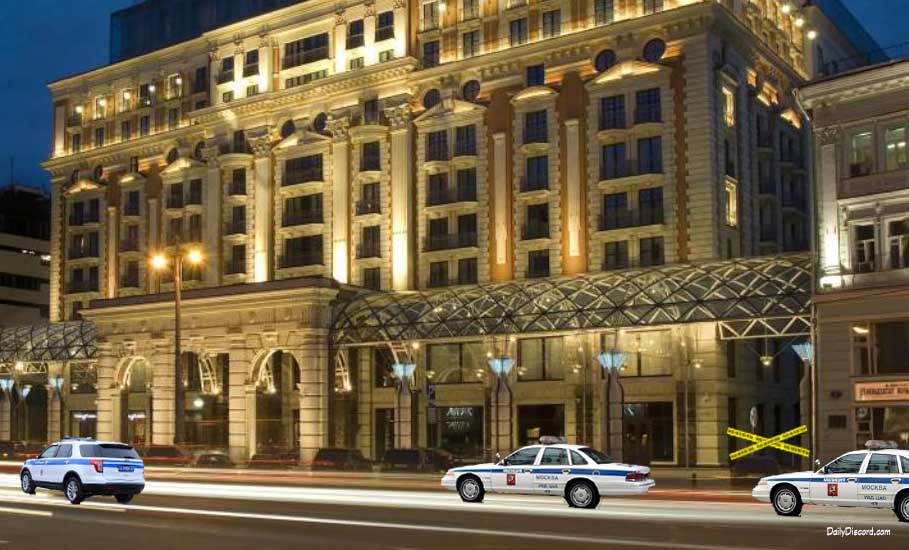 Moscow, RU—The maid at the Moscow Ritz Carlton responsible for cleaning Trump’s room the morning after his infamous ‘golden envoy’ incident has died under mysterious circumstances. The hotel employee of seven years is believed to have reached out to Special Counsel Robert Mueller last week in an email. Shortly thereafter she was exposed to a deadly nerve agent and apparently fell from the hotel’s top floor. Moscow City Police have labeled the death, ‘Meh’.

The official police report has no mention of the nerve agent and instead claims the maid stepped on a bar of soap while cleaning the penthouse and essentially hydroplaned the sixty five feet to the balcony before she vaulted over the railing. The death has been listed as ‘dropping the soap’ related, and the hotel soap in question as well as several other toiletry products are still wanted for questioning.

The Kremlin coroner ‘Bob’ believes the nerve agent may not have killed the woman before she hit the ground. “She died of an abrupt earth to ground interface,” said Bob, “So in my opinion the Earth itself is responsible for this woman’s death.”

President of Russia, Vladimir Putin, has contacted the special counsel’s office. He suggested Mr. Mueller subpoena the planet itself for questioning, although he admits finding a suitably sized courtroom could prove challenging.