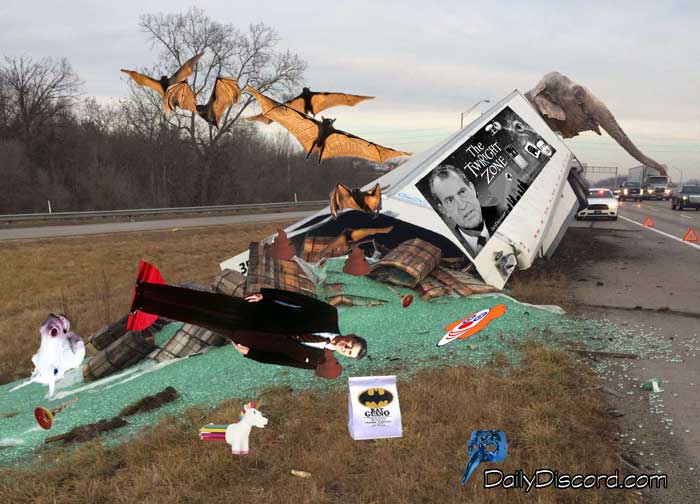 A witness told the Discord that this was not an accident. The individual, who wished to remain preposterous, said, “I saw three hipsters lowering a giant banana peel from an overpass onto the highway shortly before the truck went by. Liberals never wanted any of this bullshit to reach the White House! They want President Trump to embarrass himself by forcing him to make things up in the moment! That’s bullshit!”

A police spokesperson told the Discord, “The shit really hit the fan today. No, really, there was a fan in the trailer and now it’s covered in bat guano. What a mess! If Mr. Trump was hoping to use some of this shit, uh, he better find some other shit.”

Apparently city planners are considering just abandoning this section of I-465 in favor of a less smelly bypass. Or maybe instead of a circle they could just go with a big U-shaped interstate around Indianapolis. Give me a U! Sorry, I used to be a cheerleader.