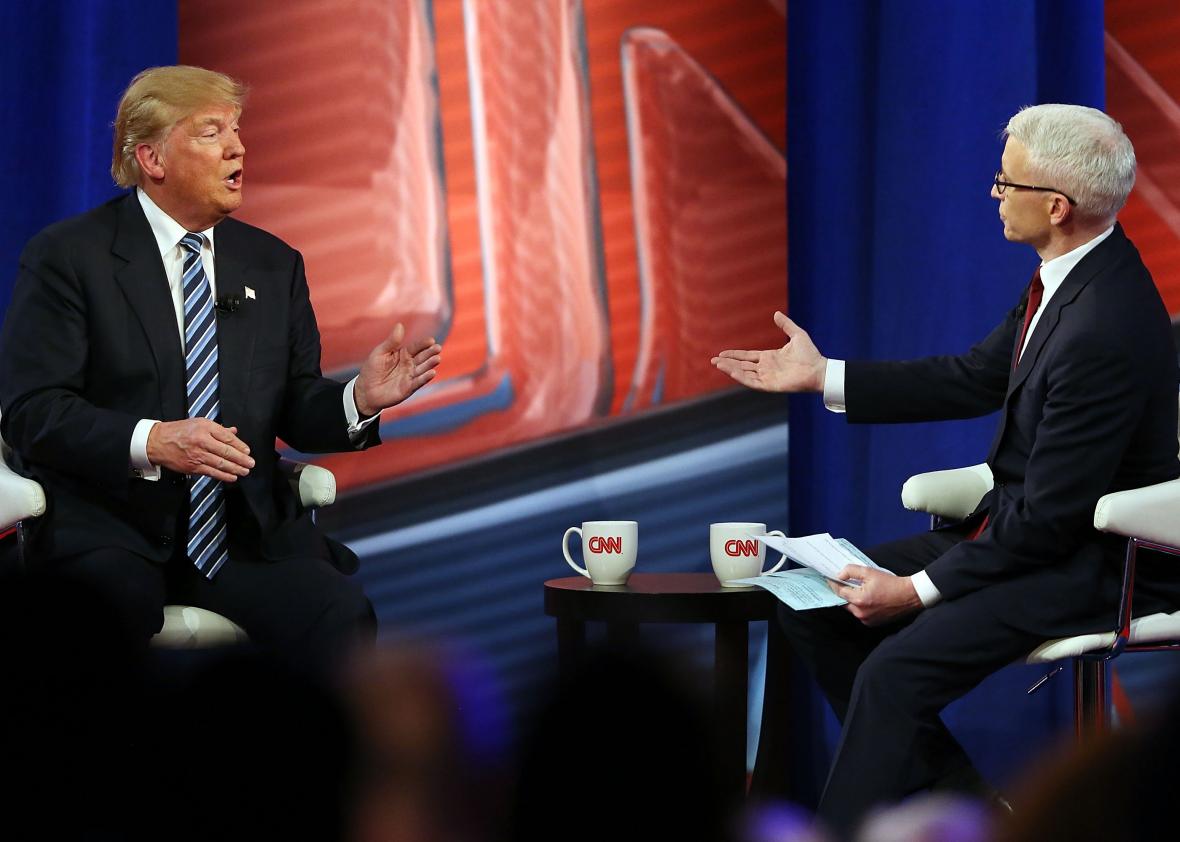 CNN’s Anderson Cooper asked Donald Trump today why he never seems to back down, even after an obvious gaffe. Mr. Cooper pointed out how lately the republican nominee seems to be constantly waffling, pivoting and offending, minus any accountability. Mr. Trump responded, “I don’t think that’s true. It’s not true. I can be accountable when necessary. Most of the time I am simply evolving from a correct position to an even more correct position. The best position. I have walked so much shit back in the last few weeks, Anderson, people are calling me a moonwalking ninja. Or maybe I just Tweeted that.”

When asked to cite an example, Trump said, “Remember that time I walked back my statement that thousands of Muslims were cheering in the streets of New Jersey after 9/11? Well, I was wrong about that, because I was right the first time. I saw that in my head, so it’s true. I don’t care if no one can find that tape. It happened. See? I just walked back the statement that I already walked back, yet I was never actually wrong.”

Anderson Cooper reminded Mr. Trump that if he’s walking back a walk-back then he is still precariously close to not walking anything back. The Donald responded, “Look, once I was wrong about not being right. Get it? Wrong is actually in there somewhere, sort of. Technically that’s two times I walked shit back for the same issue, right here on your show, Anderson. A twofer.”

Mr. Cooper asked if Trump would at least acknowledge flip flopping on immigration, and Trump responded. “We’re going to have a wall. It might be metaphorical or it might be real. It might be on the Canadian border, but mark my words Mexicans will build it. I will even build the metaphorical one, physically. Yeah, especially the metaphorical one. Shovel ready jobs, my ass. Those Mexicans are going to make those shovels and then I’ll sell them back to them to build that friggin’ wall. Damn wetbacks …but I love the wetback American voters and they love me. They love me! Uh, can I walk that back?”