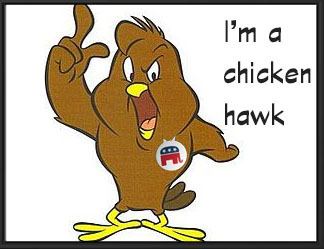 What do we know about Republican foreign policy? About as much as they do, nadda, nichts, zilch. We do know they want to bomb everything that moves. On that note, my friend Keith is screwed. When polled, nearly a third of our rightwing citizenry want to bomb Agrabah (a fictional Disney city). True story …not about Aladdin, the poll. We must convince the Sultans of Swing to magic-carpet-bomb the animated menace! Say what you will, but there’s probably a better argument to invade Agrabah then there was for Iraq. After all, Agrabah does pose a clear threat to greater Ishtar. If we invade anywhere, it needs to be Mulan. That little bitch is becoming a real problem. But I doubt Trump could even find Mulan, On Demand.

Not to be outdumbed, the Breitbart people rolled out their own poll that showed 43% of liberals would accept refugees from Agrabah. They called this “even more embarrassing!” Ummm, let me think, no. Being a little geographically challenged is one thing, but at least these folks have a principled position on animated refugees. What would these refugees cost us? As toons they wouldn’t need social services, health care, nor would they commit any crimes. It’s win win! But what do you call people willing to bomb an area they know nothing about? I call them assholes. If you don’t know anything about a country or it’s inhabitants and yet you want them all dead, sorry, you are a sociopathic asshole. That’s not name calling; it’s just another incontinent truth. Alimentary, my dear Watson, alimentary.

This Breitbart poll example exposes a key reason why Republicans are no longer capable of processing information. False equivalency is a strategy of choice for our Foxeteer friends. But what can we glean from recent history regarding the right wing’s foreign policies? Well, it seems our Agrabah-aggressors are bad at executing wars and they’re own rhetoric is actually counterproductive to battling extremism. They are recruitment tools and, as we have already seen, way too many of them are just plain tools. But what is their incentive for change and growth? Evolving and understanding represents the kiss of death for their party’s future. Historically, Republicans do better in a climate of fear and misinformation. They actually feel safe in their angry bundle of wrongness and they’re ability to inflame the Middle East is good for their own political fortunes. Despite any evidence whatsoever, they remain the ‘we’ll keep you safe‘ people. Shout more, spend more, bomb more, lose more, Stephen Moore…

[Morley is Safer joke removed by the editor]

When they do finally clear the air, they’re going to find a Trump-sized turd where their ideology used to be. Remember our old Defense Secretary, Robert Gates? I commended Obama for rehiring him back in the day. Our president chose some great peeps over the years, but keeping Gates (a conservative) was one of his best moves.

“Carpet bombing would be completely useless. It’s totally contrary to the American way of war.” Total disregard for civilians. So, I mean, part of the concern that I have with the campaign, particularly when it comes to national security, is that the solutions being offered are so simplistic and so at odds with the reality of the rest of the world, with the way the world really works.”

Overly simplistic, indeed. No matter how you slice it, Republican “thought” is dangerous in any of its avatards. There’s a far greater chance that the conservative base will do something to harm my friends and family than all the computer-generated radicals in Agrabah. This is a fact. This is the part when Republicans get that glazed look, because they’ve become impervious to facts. Fortress of Ineptitude?

“The United States should do only what is absolutely necessary, and we should do so with as many partners as possible.”

[He did try to do this with as many partners as possible joke removed by the editor.]

In this Petraeus article we find his views are much closer to the Obama Doctrine than to any neocon agenda. So how do Republicans remain the military authorities? A house party of high-ranking military personnel who agree with the neocons foreign policy would be smaller than a Kim Jong Un family reunion. How do our troops overwhelmingly support the recklessness of our conservative leaders? They still prefer W overwhelmingly to Obama. Really? Are you that nihilistic? Is our educational system failing you that badly? Clown vs the Bored with Education?

I predicted through Obama’s sensible strategy we would degrade and eventually defeat ISIS over the course of several years (my old post here). That’s what the NYTs reports is happening slowly and steadily, here. Meanwhile, Republicans want to wipe them all out, which only increases recruitment and creates even more dangerous splinter groups. They have convinced themselves that losing is winning, up is down, and Orange is the New Barack. Most of our top brass have a similar approach to Obama’s, period. How many conservatives out there understand this? Zero. None on television, none in politics, and none in my personal life. They all just want to make some Middle Eastern sand glow, fictional or otherwise. I don’t claim to be a military expert but, yes, one liberal spoof-news blogger is an Einstein (at least comparatively). The Theory of Irrelativity?

Meanwhile, Fox News always manages to find that one dumb-ass General willing to espouse their chicken hawk wish list. My favorite was a military correspondent for Fox back in the day, General Paul Vallely: pro Vietnam, pro Iraq, pro torture, and pro birther. In 2014 he was even willing to lead a Tea Party rebellion to remove Obama from office, probably pro bono. There are still a few high-ranking miscreants who agree the Fox agenda and they’re very good at paying them (I mean, finding them). Sorry folks, but 9 out of 10 Generals back the liberal strategy, just like 9 out of 10 climate scientist support the liberal position. Hell, 9 out of 10 dentists probably do as well …so ask your doctor if that one guy is just an asshole.

I know their game plan as I’ve been reporting on their tactics for quite some time. As long as any given issue is shy of a 100% consensus, conservatives will always find some like-minded buffoon to back their indefensible positions. This is all a misguided effort to keep the “dialogue” alive. Is it too late for Agrabah or is too late for the Republican party? Perhaps both. An embassy in Agrabah was recently attacked by animated extremists. It looks like Hillary Clinton has more computer-generated blood on her hands. Will she be forced to testify at the first of many Agrabah embassy hearings?