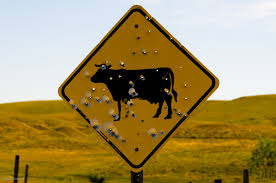 Burlington, VT—Despite their inherent voter suppression, gerrymandering, and white privilege, one liberal is defending the actions of conservatives. Sandra Smith of Burlington is insisting we protect the ideologically-impaired among us. “Although they still wield considerable power,” said Ms. Smith, “the long term prospects for the Grand Old Party is dim. As their habitat dwindles, they will likely become even more desperate. We can not allow them to radicalize. They are already relegated to our shittiest states and our shittiest cities, where they will likely continue to frack things up.” Ms. Smith fears citizens only capable of regurgitating Fox News talking points will grow increasingly isolated and disenfranchised. Despite their confusion and questionable tactics, Smith believes the reality-impaired among us should not be discriminated against for their bigotry, religiosity, or anti-intellectual orientation.

Ms. Smith added, “Many of my fellow liberals want to wipe Republicans out, like the scourge they are, but what if we are successful? What would happen at dinner tables across our country? We would all be forced to talk about issues that have actual implications for our country and our planet. Where is the fun in that?”

Ms. Smith and other like-minded progressives are petitioning the Federal Government to designate walled-in Republican preserves. These Wild Vote Refuges will be established in predominately square states, places with access to only AM radio and Fox News, or other issue-reaffirming fecal-matter (IRFM). Ms. Smith said, “Republicans can drive around in big trucks and shoot stuff all day. We won’t tell them, of course, the trucks are actually fuel efficient and the guns are being tracked by our black president and eventually a woman. We can set up coal plants and fracking facilities, that are actually disguised green energy sites. All the social programs needed to keep this bunch afloat will not even appear as taxes on their pay stubs and will be referred to as Freedom Funds. They can have steak and hamburgers every night, but their food will actually be soy and tofu-based products. All thermometers will be adjusted to mitigate the effects of climate change, but none of the preserves will be located on coastal lands, for obvious reasons. We will tell them the giant wall around these preserves was built by Mexicans to keep out minorities and radicalized Muslims. What they don’t know, won’t hurt us.“