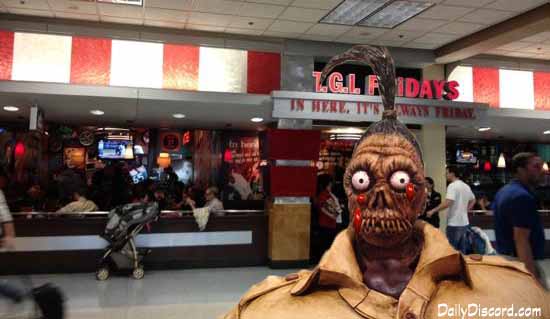 Tunisa—A Nigerian man with the unfortunate name Zika Ebola is on a permanent layover in a Tunisian airport. Despite requesting full screenings and medical examinations, no one will come within ten feet of Mr. Ebola. Even Zika-sniffing dogs, usually employed in these situations, are just whimpering and trying to scramble up the baggage chutes. Mr. Ebola has yet to be cleared to leave the Tunis-Carthage International Airport snack bar. At this point, he is very concerned of ever reaching Disney Land or his uncle’s wind farm, before he is due back at the water treatment plant.

Mr. Ebola told reporters, “No one will clear me for travel. I try to explain how the Ebolas all chronically bleed from our eye sockets and have small brain pans. I say it’s genetic, but they won’t listen. At least I have Wi-Fi here in the airport, which is very limited in my country. Plenty of seats are always open when I arrive at any given restaurant or bar. This airport is like a giant self service station for me, especially since most of the security officers have since resigned. Every morning I hit the Starbucks, so the staff have all started wearing Hazmat suits while making my green tea latte. I don’t feel self conscious about it anymore. I kind of make a game out of it now. I look for a chink in their armor and then I try to sneeze on it. It’s fun!”

When asked about supplies for his permanent layover, Mr. Ebola said, “Not a problem. I just head down the escalator and whatever piece of luggage I touch is coincidentally never claimed. One of the airport administration fellas tried to coax me inside a giant gerbil-ball type thing last week. Yeah, I’m not falling for that shit. As soon as I climb inside they’ll roll me into a sinkhole somewhere. No, I’m holding out for a personal Lear jet. I’m going to Disney Land, bitches. Hell, if the price is right I’ll even attend a Trump rally somewhere.”