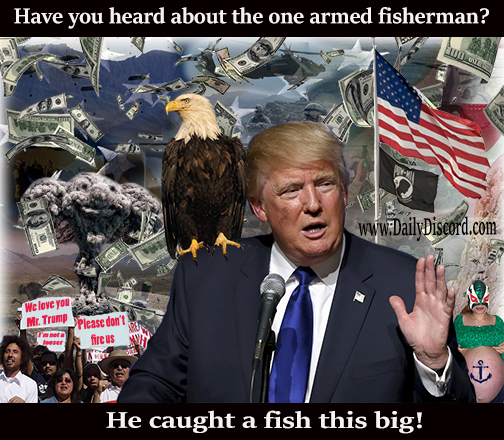 Yeah, spelling is going to be even a little more of a problem than usual, but c’est la vie. I admit I have no interest in the Dem debate. There, I said it. I was like, crap. I have to watch this shit? You see Tuesday is the new Wednesday in Flagstaff. Don’t read too deeply into that. No one knows what that means either. Then Cokie suggested I live blog the debate from Historic Brewing. I said, Trump is going to live Tweet stuff! Trump and Tweets and bars, oh my?! Let’s do this shit! You pour the suds and I’ll dip my quill in some poison. Hey, maybe you can put Poison on Pandora and we can make it a theme night! She drew the line at 80s hair bands and told me I had to leave by 9… a whole hour later than usual! What a pal. I googled c’est la vie for spelling but from here on in, it’s booze, trump and no editing. Say le veee! Let The Donald begin.

Yeah, my blood alcohol content may become a factor as time goes on, but I have been training for this my whole life. Okay, my tweets will be in real time, but I will post this at the end of the debate or whenever I’m thrown out of Historic. Whatever comes first. All systems are Bier bitte, Fraulien Cokie! Let’s make this happen!

I am watching the live Tweet feed, right now, and nothing is happening. Okay, he’s complaining about the commercials.

Get rid of these commercials, Donald? What about our 1st amendment? #DemDebate

Ok I admit, I had nothing really funny to say off the cuff like that, but I’m just warming up, people. Opposable IPA, Meine Schatze!

Well, read my opening paragraph, again. I guess The Donald and I have more in common than I thought. Peace out. My money was on getting bored and distracted or getting myself kicked out of this place. Kudos to The Donald. Perhaps his boldest move yet.

Well, let’s end with this…