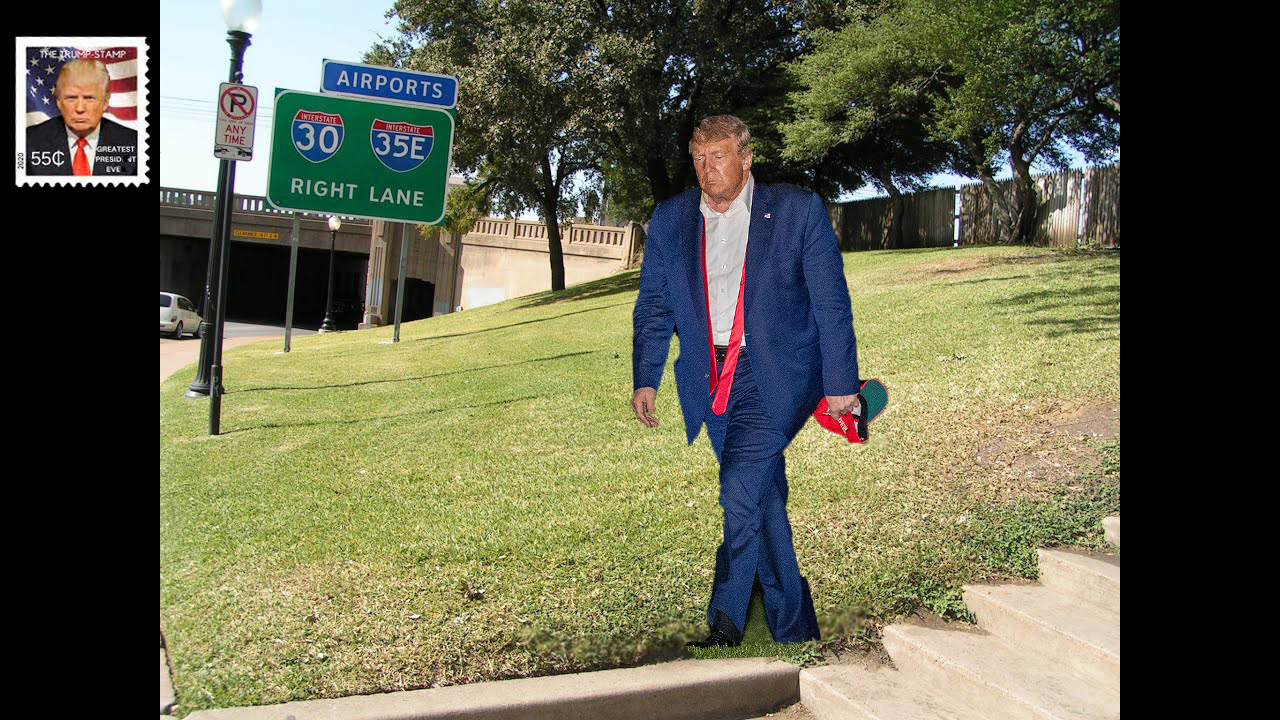 The republican descent into paranoia and madness has plagued me long before the arrival of this current scourge.  I started venting about rightwingers around the time of the Spanish flu, when Woodrow Wilson rather controversially referred to it as the Spic-ey Sick-ey. And, yes, that’s a joke making fun of racists, so you mindless cancelers can fuck off as well. Meanwhile, our MAGA citizens remind me of that old Kinks’ song, Paranoia, self-destoyer. My blogvesary still resides in some Illuminati-style cave under a Free Mason building built on the flat-earthy side of Lemuria. Half of our nation’s citizenry seem lost in the weeds of this grassy knoll. On that fateful day, my friend would have thought, “Now there’s a good Texan, practicing his God-given 2nd Amendment rights. He’s creeping up into the grassy knoll of freedom! But why did Kennedy demand I do something for my country? Sounds like liberal oppression of the highest— [cue the motorcade footage].”

My blogvesary’s latest theories, as covered in my last article, can be summarized as Big Brother bad, Big Pharma bad, and Big Beijing bad. These revelations are on par with: the bathrooms are in the back, the kitchen closes at 9, and we’re out of the Kolsch again. The real reason for the sudden subjectual shift from obscurity to relevance is to promote their next conspiracy theory to thus further distract from reality. Besides, these last three items were on my radar long before they were ever on yours, Poke. I don’t cover them as much only because there is no issue more critical in this country than fixing the yous of the world.

The main ingredient in my friend’s diatribes is paranoia, which I started warning about in 2009. My best article on the subject shows the increasing susceptibility of MAGA-types to paranoid themes, here.  Why invent this crap? Psychologist Karen Douglas breaks down the motives into: epistemic (need for certainty), existential (need for control), and social (need to feel good about themselves). She also talks about a need for uniqueness, which might best describe my blogvesary’s actions.

There are two main theories on how to respond to a conspiracy theory: 1. ignore them outright as the DSM-V suggests, aka never challenge a delusion (presumably in the clinical setting), or 2. challenge the shit out of that shit, the one I adopted here on The Discord. As per this 2017 Ted Talk, at least one British philosopher agrees with my attack approach. Quassim Cassam, no relation to Shropshire Slasher, also designates most conspiracy theories as “speculative, contrarian, esoteric, amateurish, and premodern.”

Nevertheless, in the middle of my blogvesary’s latest spamifesto, he got something right. Not sure it was him, exactly, but the dark media hatched a plot that has some relation to this dimensional plane of existence. The press did, in fact, ignore the possible lab-release scenario for COVID, and the more we hear about the details, the more disturbing they become. As a result, social media is now awash with such memes as, so your crazy uncle isn’t so crazy, eh?, and Fauci Must Pay. As all-or-none thinkers, it somehow validates their entire worldview. So perhaps a 52nd hearing into Benghazi is now in order.

With regards to COVID, clearly a groupthink mentality in the media occurred, but thankfully they are being called to task. Jonathon Chait, a liberal, is leading the charge and naming names. But for his second related Intelligencer article, he channeled some serious Zano:

“But most of those outlets have since corrected their error and treated the issue as a live scientific mystery. When has conservative media ever engaged in anything like this sort of self-correction? Is Fox News running self-flagellating segments questioning, say, the network’s promotion of hydroxychloroquine as a proven COVID treatment? The very thought is a punchline.”

For those who read my last article, I am not pursuing plagiarism charges at this time, provided NY Magazine hires me as a columnist, or an intern, or maybe as a part-time window cleaner. Chait seems to agree with my take, namely, how the media collectively buried the theory simply because the former president championed it. Think about that. So peddling the antithesis to reality—year after year, post after post, news cycle after news cycle—the closest you’ve come to some meaningful truth is the collective delay in investigating something? Lab-release is not proven at this time, but it’s not not proven. Rumsfeldian known, unknowns. And the only reason the intelligentsia dismissed the virus-escaped-from-lab scenario in the first place is that it’s a safe bet that the former president was lying? Bravo.

I don’t think I need to remind anyone how republicans have an uncanny ability to almost always be wrong, but when you couple this with the fact they don’t ever admit to their wrongdoing, well, it encourages one to guess the opposite of whatever they say, although I’m apparently better at this than the liberal media. Progressive, not perfection.

Here’s some related vintage Zano (2012): “Geesh, you people are like the pundits who cried wolf. Someday you’re going to uncover something real, or, worse yet, you already have, and everyone is going to blow it off when they consider the source. I know I will.” And it only took a decade to come true!

Is this really that important, Zano?

Yes and no. As for the ‘yes’ part, we must always hold the legitimate progressive media to a higher standard or someday soon we become as misinformed as they are. It’s not as far of a slide as you think. But I should really take the time to read more of my stuff …lately, I just scan my headlines and look at the pictures. Hmm. Wait. I actually didn’t ‘blow it off’ and agreed with Trump that the Wuhan-lab-birthering seemed reasonable, so technically I was still correct, which means I got this prediction wrong. A full retraction is forthcoming.

Translation: “I don’t want to know what’s going on with real patterns, because I have this factoid, you see, and I collect them. Would you like to see my latest factoid? It’s new shiny and it consumes all of my attention and reason. And, yes, I am wearing the tinfoil hat. I sent one to you in the mail, look for the block letters. Don’t mind the white powder, it’s residual and not meant for you.”

He doesn’t want to acknowledge reality itself and for this, I don’t blame him, because he would have to explain his blind allegiance to the worst president since Buchanan and the shadiest DOJ since Nixon’s Mitchell, not to mention his ongoing refusal to condemn the insurrectionists of 1/6. If Hitchens was correct and 9/11 was fascism with an Islamic face, then surely 1/6 represented fascism with a republican one. Democracy itself is on the retreat, here and abroad. As I write this and glance over at Drudge: Trump’s DOJ illegally spied on and gagged the NYTs.

Could you even imagine ignoring the reverse scenario?

CNN News Alert: Under direct orders from President Obama, Attorney General Eric Holder bugged the WSJ and forced them to bury several damning stories, but we’re not going to cover that tonight and will instead discuss why Fox News never adequately covered both possible origins of the H1N1 virus. We will be interviewing Wilbur, Pumbaa, Porky and Arnold Ziffel to find out what did Miss Piggy know, and when did she know it.

Yes, the exact opposite scenario just surfaced and it’s a yawner. Why exactly? Former President Obama just said on CNN that democracy is in jeopardy. Yawn and stretch. And the republican response?

“More people died of H1N1 than in Benghazi. Never forget! And why didn’t they interview Piglet as well? He shouldn’t be that hard to find in only a hundred acres of woods. It’s as easy to be thorough about these important matters.”

Again, when it comes to magnitude there’s never any real contest, it’s always fascism brought to you by an arrangement of factoids. Over this twenty-year discussion, my friend’s enduring truths usually fall into two main categories: a tiny truth blown out of proportion, or outright propaganda (lately with a foreign flare). Nevertheless, the COVID origin concern rises to the level of fact and a fairly significant one. Not as significant as say, Trump’s DOJ illegally spied on and gagged the NYTs, but let’s celebrate the small victories, while we are still free to do so.

If Hitler didn’t come into power, maybe Von Hindenburg’s tendency to use a live beaver to trim his mustache would have crept higher on the news feed. But Hitler happened and, as it turns out, Ass-clown Hitler happened, right here in the good old US of A. And there’s a similar disparity in the sources used to arrive at these dubious conclusions: Glenn Beck’s chalkboard v Trump’s executive order, some guy’s Youtube video v the Senate intelligence report, QAnon v a federal judge. Or for more Hitch-22: “His articles featured half-baked citations from the most dismal, ignorant paranoids.”

Group narcissism works both ways, of course, but it seems to work reeeally well if you pull right a bit and pop the clutch. Sadly, there will always be the next email dump to peruse, or the next Q dispatch, or the next riveting plot hatched by hacks posing as journalists. Now we have Fauci’s email to weave the next Super Benghazi. I’ve given up addressing any real issues with the other side. As part of my zen wrongness theory, I predicted, long ago, how The GOP would slip entirely over this non-event horizon after which meaningful discourse would prove impossible. No factoid too small, no denial of the resulting investigation too great. If you question their half-baked theories then they got to you too! How do we help our friends shift their gaze from Pandora’s Fox? We don’t. We back away slowly and cut their committee assignments one bye one. Operation MTG?

We will never answer all of your what-ifs to your satisfaction, which is by design, and this treasure trove of Foxal matter runs deep, so keep avoiding the real patterns and replace them with your own. Fire up the old amygdala and shrink the hippocampus accordingly until everything makes sense to you.

[The inferior frontal gyrus joke removed during the GOPtopsy.]

Meanwhile, how many elites guessed the stench of Trump would clear after he left the WH, you know, that the GOP would return to their senses soon after The Donald’s departure? Too many. I predicted Trump, or someone very much like him, would rise to power and that it would prove a game-changer. So let’s add this one to my lengthy list of things I got right, but, to be fair, let’s place Media COVID lab-release delay to your …well, let’s start you a list. Sure I would rather have spent my time honing the left as much as condemning the right, but, as it turns out, your brand required a near-constant attention.

As for China—which is suddenly on your radar as the great and rising threat from the east—a recent international poll found the US placed as a higher threat to democracy than either China or Russia. The planet isn’t afraid of Barack, or Joe, or Kamala, but everyone certainly seems afraid of you. Why is that? China is a huge and mounting threat, so how are you and your ilk ranked even more so? I know the answer, but do you?