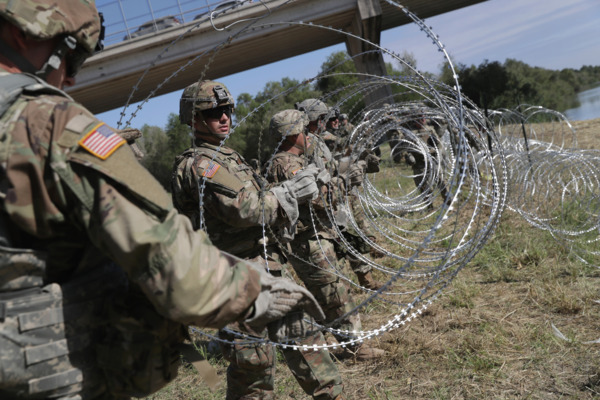 General Bradly added, “Yeah, we have a Revolutionary War-like code going, a one-if-by-land/two-if-by-sea kind of thing. And that’s about how many we expect to get passed the hopscotch mine fields, the piano wire maze, and the hide and heat seekers. We wanted to make this a fun, family-oriented demise.”

The Statue of Liberty told journalists today, “Give me your tired, your poor, your huddled masses yearning to be free from their mortal coils.” *sigh*