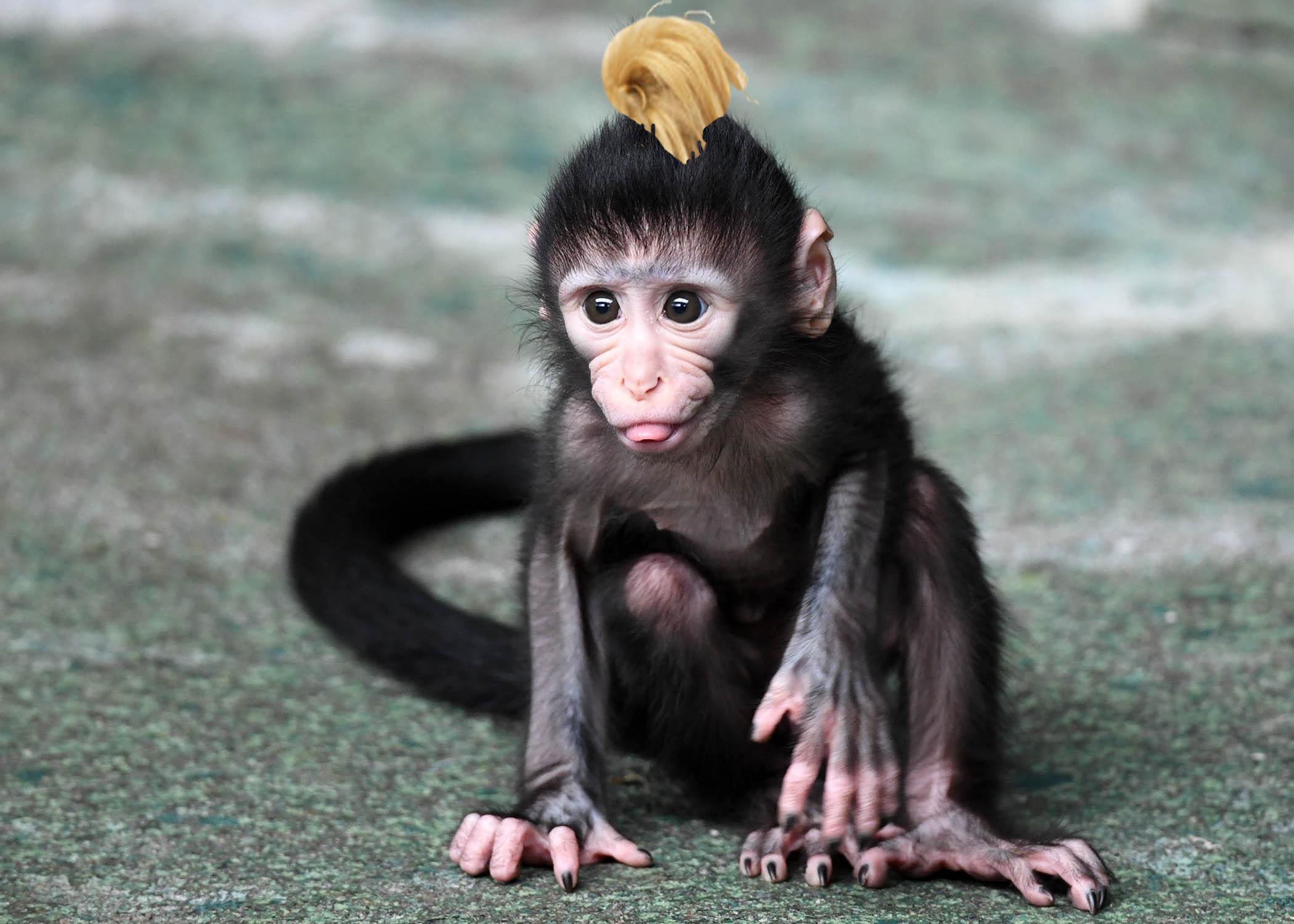 Tweet Tower—Facing the worst retention in modern history, the White House is scrambling to attempt to keep key cabinet and staff positions filled for the remainder of the Trump presidency. A clandestine laboratory somewhere in Trump Tower has announced the successful cloning of several  dozen monkeys, or cabinet member prototypes (CMPs). The project leader, who preferred to remain anonymous, said, “By this spring most of these monkeys will be ready to assume most of the key vacant government positions. At this point replacing Trump’s cabinet and staff with monkey babies should enjoy strong bipartisan support. We are certainly not saying that in a few weeks one of these monkeys might replace the president  himself …what we are saying is that we’re not, not saying that.”

The US National Institutes of Health is condemning the attempt to fill White House vacancies with illegally cloned monkeys. Co-researcher Dr Sterling Hogbein of the Hogbein Intitute and yogurt shop, said, “Have you seen the White House? The place is already filled with non-human primates, which is what initially gave us this bold and daring idea …besides, why should the Chinese have all the fun?”

Critics are urging the administration to put an end to the program and fear further genetic manipulations and scientific atrocities. Dr. Hogbein responded to critics by saying, “We are not creating some kind of Island of Dr. Moureau scenario *cough* , because that project doesn’t hit the ground with all three paws until this fall …although technically, one is a hoof.”