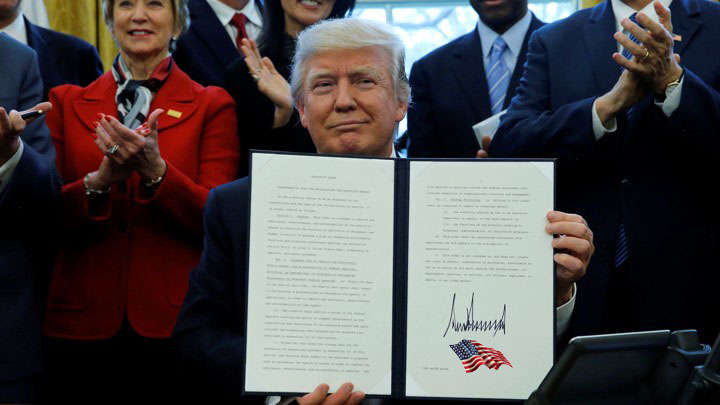 Tweet Tower—President Trump minced no words today… kidding, that’s what he does with words. But the president did sign an important and controversial Independence Day executive order that claims the 4th day in July “is for America and America only.” Other countries located on the planet earth must honor this agreement and all world calendars must reflect these important changes by 2019, or risk additional tariffs, sanctions, and/or a barrage of hostile tweets #MakeAmerica4thAgain. Essentially this executive order demands that all countries outside of the U.S. must have calendars that go directly from July 3rd to July 5th without stopping on the fourth day in the 7th month.

*This edict is void in North Korea, Russia, and the Philippines (Turkey has an every other leap year clause).

The EU and Canada have already complained about this executive order to the World Trade Organization, the United Nations and Augustus the Roman God of Calendars. Germany’s president Angela Merkel said, “Was ist los mit dieser Aschlocke?! We have smarter turnips here in Deutschland! I’ll tell you what, Germany and the rest of the EU is willing to compromise and skip the rest of the Trump Administration.”

China has also voiced its concern as President Chi announced, “What are we supposed to do for this leap day? We don’t even give our own people time off for China’s Independence Day …for obvious reasons.”

Press Secretary Sarah Sanders said, “This is an important policy that reinforces the president’s America First agenda. Any dissent from all factions, groups, and countries on our planet is obviously more fake news from our liberal media …please kill me.”