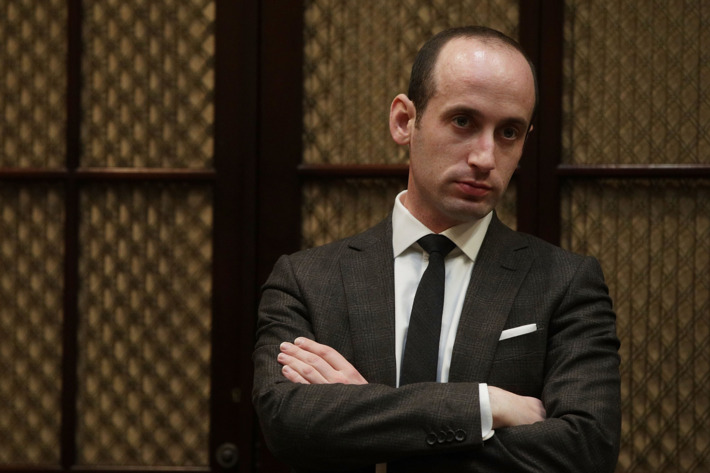 Tweet Tower—Several pounds of frozen people parts were discovered in Ziploc bags in White House advisor Stephen Miller’s freezer during a raid Monday night. Mr. Miller stated he’s “not sure” how the remains got there, but he is willing to work with investigators on finding some really tasty seasonal soup dishes. Agents noted how several movies were found at the Miller residence, including: Dahmer Kitchen Diaries, Silence of the Lambs: The Musical, as well as Sautéing Private Ryan. His bookcase contained such titles as The Cannibal Cookbook; The Good, The Bad and the Stir-fried; and a signed copy of Liberals: The Other White-House Meat. On a related note, a recent Discord survey found eight out of ten of those polled: “would have been surprised if human remains had not been found in Stephen Miller’s freezer.”

Mr. Miller is denying allegations that he is a cannibal and thinks it’s possible his local Safeway accidentally sold him some human ground meat. “Maybe rather than firing someone they just decided to throw them into the old grinder,” said Miller. “It happens sometimes, even to White House sta… Hey, I should really wait for my lawyer to be present. The one I didn’t already make into schnitzen gruben. The skinny one.”

President Trump is standing by his man at this dark hour, “I have known Stephen Miller for a long time and he has never discussed his craving for human flesh with anyone. I told him he should probably talk to someone about that. More fake news! #Psycho’sTherapy.