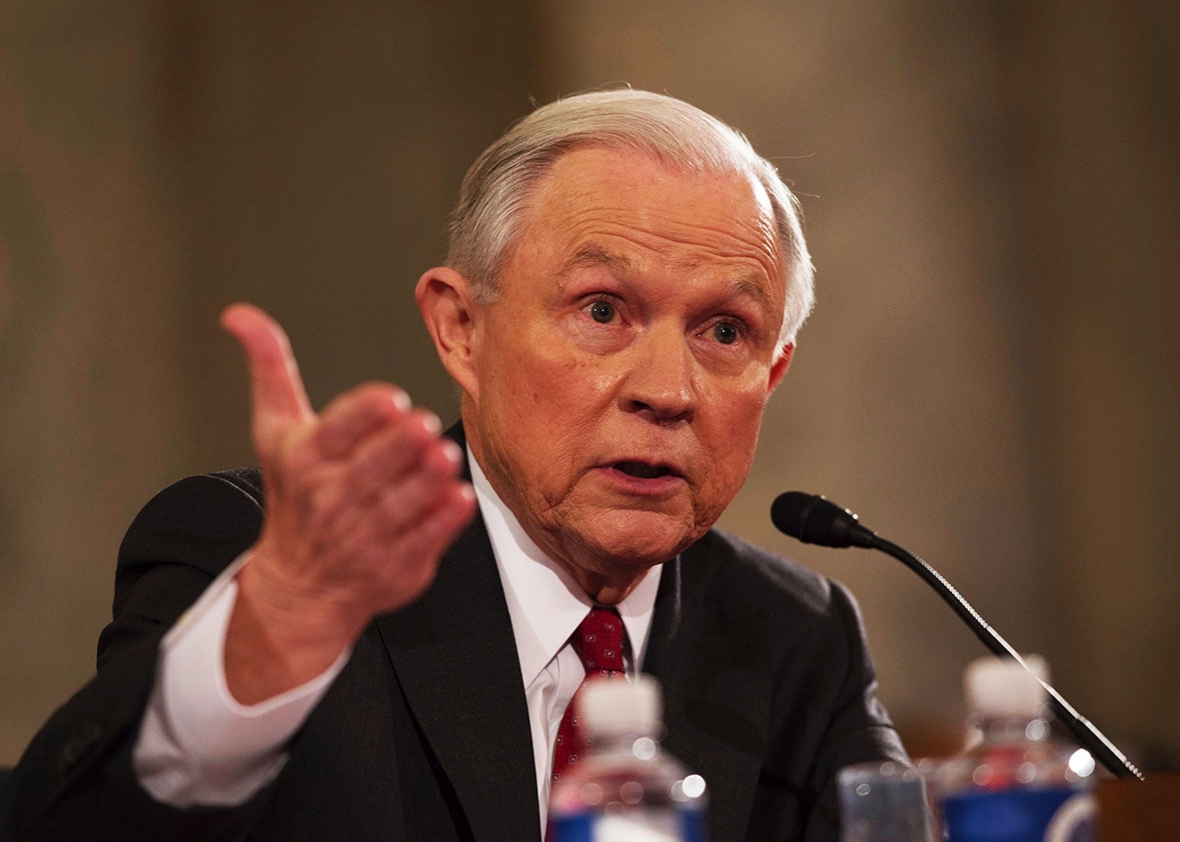 Washington, DC—Attorney General Jeff Sessions back-peddled so long today in front of the House Judiciary Committee that the Guinness World Record people have been notified by this publication, but have yet to comment. Today Mr. Sessions delegated all blame for his own conduct in all directions. In one particularly heated exchange, he told the committee, “Look, where I come from shit rolls down hill. Granted, not well. It depends on the hardness of the shit and the steepness of the hill. It’s like a mathematical defecquation or something. But, at the end of the day, shit does, in fact, roll down hill—even if it’s a Capitol Hill, which is like a dome, which is curved, so again it depends on the shit in question. Don’t worry, Trump has his best people working on this defecquation. Not me, of course, because he’s firing my ass tomorrow, because, uh, I believe we have established that shit rolls down hill.”

Sessions concluded his testimony session with another angry moment in sports: “I will not accept the notion that I lied. That is a lie! It depends on what the definition of is is. And Cigarette smoking is not addictive. I did not have sexual relations with that woman. I am not a crook! We found WMDs in Iraq and their biological laboratories. We did not trade weapons for hostages. Good people do not smoke pot, and did I mention shit rolls down hill?”

For those interested in my actual assessment of the Sessions’ hearings:

1. He was telling the truth about all the chaos and shortcomings of the Trump campaign.

2. He was lying about all things Russian.