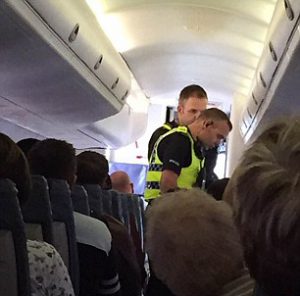 Chicago, IL—In response to a viral video showing a passenger being dragged off of a plane, CEO of United Airlines, Oscar Munoz, staged an identical scenario. Airport security bodily dragged Mr. Munoz down the aisle of an Airbus A420 before ejecting him face first onto the tarmac. Whether or not the Board of Directors ordered this stunt or it was the CEO’s own brain child remains unknown at this hour. United Airlines is hoping this will make things even, or at least even out their company’s stocks. As compensation for the incident, the passenger who was originally mistreated has been offered an extra packet of peanuts and an additional packet of peanuts. He has since been rushed back to the hospital for what looks to be a peanut allergy.

Mr. Munoz told the Discord today, “My deepest apologizes go out to the dude dragged down the aisle and hurled off of one of my planes. Having been through that myself now, I can say from experience that that really sucks. I would expect this kind of behavior from Southwest, but this will never happen again on my watch. In related news, all iPhones and video recorders must now be checked with your baggage. Ha! One step ahead of you people. Film this, MFs!  *cough* Sorry, uh, for this apology, but I will say whatever is necessary to make sure United stocks rally tomorrow, even if I have to attend a rally …and then get dragged out of it bodily. Is Trump still campaigning? That might provide an ideal venue for phase II.”

Please watch our YouTube video of our CEO being abused and thrown from an airplane. It’s so much better than the original. We enjoyed filming it very much and don’t forget to subscribe! Oh, and that is our CEO’s real blood in the video, not staged blood. We share all of those sentiments out there, or at least the ones that directly impact our shares. 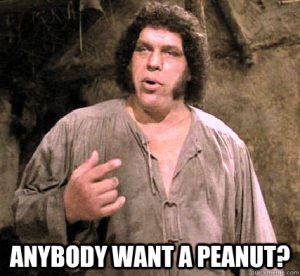