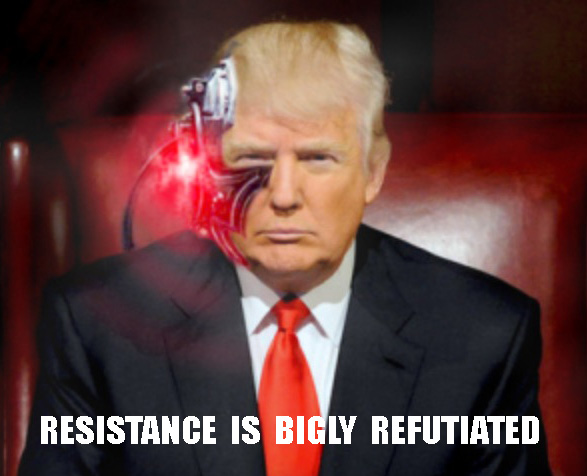 A Republican friend of mine recently said, “We don’t need some longitudinal study to figure out a course of action, we just need basic common sense.” We need both, of course, but the Republican viewpoint rarely correlates with either. The right seems content to defy both science and practicality at each and every turn. To channel some Shakespeare, Republicans are as constant as the northern star …which I’m being told has also been dimming over the years. Beyond their endless barrage of anecdotal drivel, which equates to some form of Liberal Teacher Gives Unpatriotic Assignment!, or Illegal Beats Up Old Lady! there’s hardly a scrap of evidence to support their position on anything, domestic, foreign or otherwise. This won’t stop the ethos moles from continuing to Drudge-up contradictory factoids to sustain the Foxeteers’ fixed delusions. Op-eds of the masses? No one wants to be wrong, let alone about everything, yet here you people are …legislating all over yourselves. You’re not only totally screwing the Mooch, but you’ve moved the whole kennel right into the master suite of the White House. On that note, please stop Trumping my leg. Let’s review the short, tumultuous reign of President Drumpf.

Make no mistake, what Trump will do to our economy, our reputation and our republic will be irreparable.

Let’s end the terrible Iran deal! (“that my Secretary of State, who thinks I’m a moron, is trying desperately to save.”)

Let’s build that wall! (which, if constructed, will impede our ability to flee to Mexico.)

Let’s stay focused on ISIS! (who our Generals and our Zanos predicted would be losing by now. Zano 2015. Caliphatication?)

Let’s rollback all meaningful environmental protections! (The Great Culling of Mankind is going to be great! Decination by character?)

Let’s increase those deficits! (through ending entitlements and massive tax breaks for the rich. Trickle-Dumb Fictionomics?)

Let’s lie & screw up so fast that no one can keep up with our horrors! (#ChaosClowns #WarpedDrive)

Let’s fill the courts on every level with a pack of ball-sacks who think as badly as we do! (#SCROTUS?)

Let’s use organized voter suppression and gerrymandering to hold our supermoronjority! (Weak constitutions?)

These are not made up, folks, they are the things Republicans are unabashedly pursuing …on their platform …in broad daylight. This approach is championed by real people, in real America, with real and diagnosable cognitive impairments. You do know they’re going to have history books in the future, right? I realize that makes little sense to the temporally challenged, but please take some solace in the fact that future scholars will struggle to find more PC terms for the word ‘assholes’. I suppose, that’s some small victory for you …umm, terminal ends of the alimentary canal (don’t worry, they’ll have time to work on that).

To add insult to bigotry, these Incurables have presented the U.S. with a viable path out of this hell:

In 2017 you can poll a bunch of Republicans on any given issue and then do the exact opposite.

I’m not being facetious; I think this would work. Never before have we had such a faithful algorithm, as no one is supposed to be “smart enough to be wrong all the time”. But can we implement this or is it already too late? The bad guys have a super majority, the lion share of the governorships, and they will soon have a chokehold on our courts. So we’ll be heading decisively down the wrong path for many decades to come. The road less gaveled?

Yeah, we’re screwed, but to end this post on a good note, at least our demise is proving entertaining. For yours truly, espousing fairly prophetic predictions over the years has availed me nothing. Fake Muse? The Republicans have a mind-numblingly bad record, yet seem to have gained zero insight over that time.

“Some of us are not ‘as jazzed’ about nation building.”

Impressive *cough*, were this the early Paleolithic period. Republicans will always use the excuse: “well, it was better than the alternative.” Bush was a better choice than Gore, or Kerry, and Trump was a better choice than crooked Hillary. Riiiiight. Look, if those Democrats had found a way to change the orbit of the Earth and steer it directly toward the sun, they couldn’t have done a worse job than the abject fools you try to pass of for politicians. Hey, maybe you guys could move up that rapture date, so the rest of us can try to save this place.