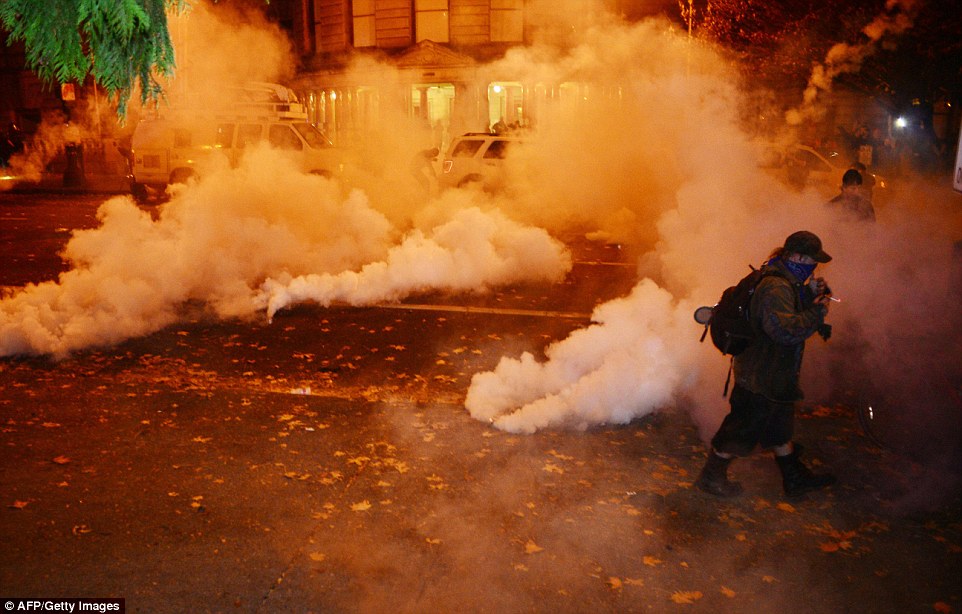 Tweet Tower—The President was all smiles today after reviewing some of the latest job report numbers. Since President Trump’s election tear gas manufacturing jobs have nearly tripled and the stock market is showing a solid bump in the demand for Kevlar, a high tensile-strength polymer designed to protect a militarized police-force from the growing hipster menace. The demand for police shields, batons, and other riot control gear has also spiked in a way not seen since the Great Vampire Culling of Jersey City. Donald Trump told the press, “The fake media won’t be covering this, but it’s great news for real American fascists. Great news! I’m not even going to mention how high Tiki Torch sales have skyrocketed in recent weeks, but it’s up bigly.” #Klu-Klux-Cha-Ching

Vice President Mike Pence told the Discord today, “Not being able to distinguish between the military and the police has been a passion of mine ever since I was a child, well, that and pulling the wings off of bugs. Someday soon we can have SWAT teams patrolling our public restrooms for weirdos or any sign of subversive progressive behaviors (SPB). Our new technology will be able to tell, boxers, briefs or panties on your way in to the can. I really feel like this president is handing over the baton to American industries, who are then bashing said baton over the skulls of pacifists. We break a car window, pin it on a millennial, then we crack him one. The mechanic makes money, the doctor makes money, insurance companies make money, the courts make money and our private prisons as well. It’s win, win, win, win, win! Oh, and we’re going to coordinate with Google to find those responsible for this anti-Nazi unpleasantness and then, well, that’s classified. Suffice to say, Guantanamo won’t be closing any time soon. In fact, we may be adding a wing. Boy, I sure miss pulling those off of bugs.”