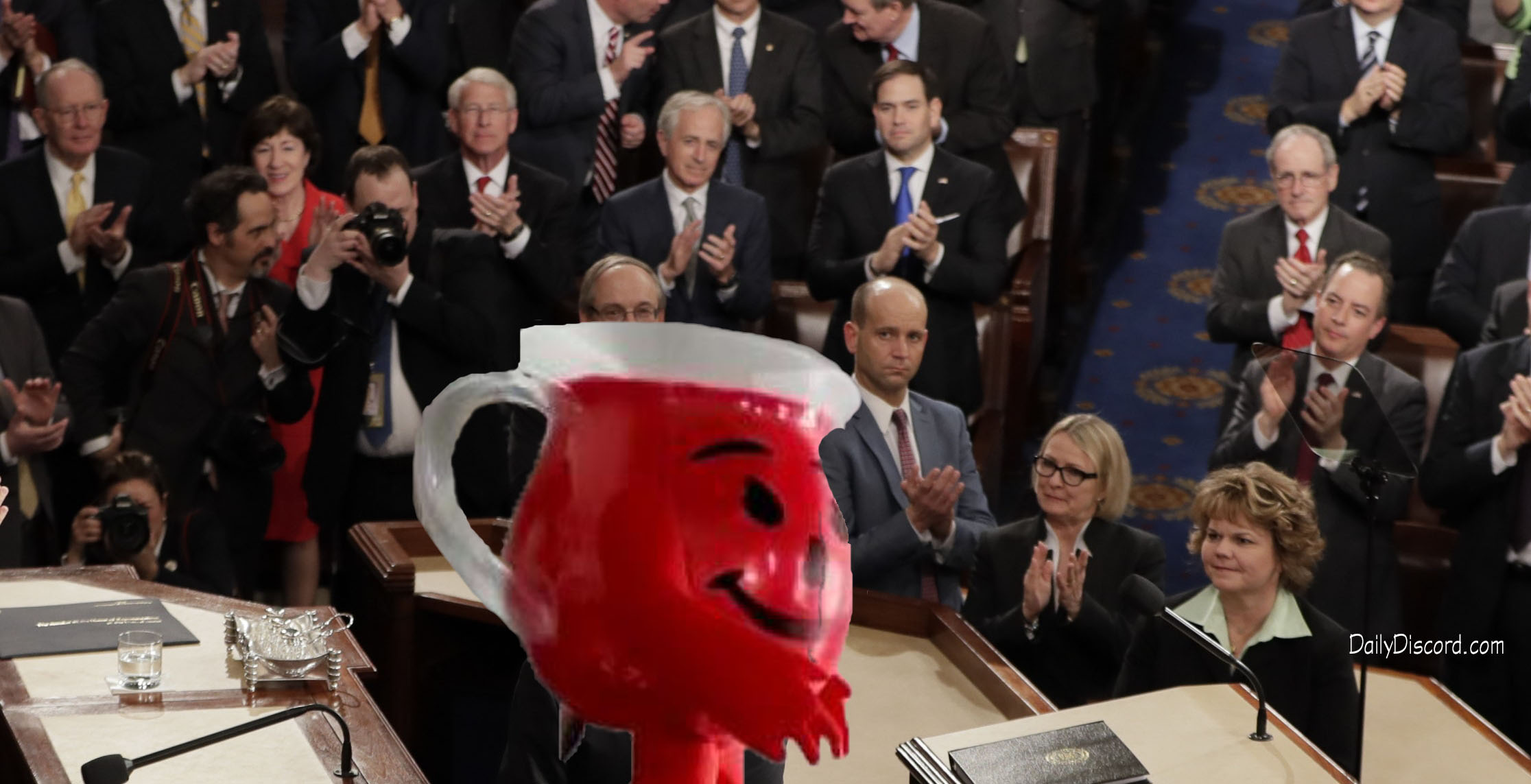 Washington, DC—Vice President Mike Pence is doing his best today to sell a less than popular healthcare bill. Republicans took all the usual steps, including lying and relabeling, but to no avail. They are saying that the increased number of uninsured Americans, Pioneer Health Recipients and Obama death panels, which didn’t actually exist under the ACA, will be created and called Obama Death Panels. After these maneuvers did little to sweeten the pot for the naysayers, Pence suddenly yelled, “Hey, Kool Aid!”

After a loud crash and what the Congressional Budget Office estimates over $4M in damages, the Kool Aid mascot entered the chamber and took the podium. “My fellow Americans, has everyone drank the me yet?” The place erupted with cheers. “Look, I know this healthcare proposal is a big steaming pile of poopy, and I also know that any money it does save will go directly to the super rich. And, sure, we all know that none of that shit is gonna’ to trickle down, so we’re essentially gutting healthcare and shifting the responsibility to the states to say ‘please die quietly in the corner’. But here’s what you’re forgetting: your constituents are dumb. They will always fear liberal elites above any facts or inconveniences. Just say ‘there was still a little Obamacare in there that F’d shit up.’ It’s easy and, more importantly, it works. So you will keep your jobs no matter how horrible you become. Why is that, you ask?” The Kool Aid mascot then cupped his ear and the Senators on the floor shouted, “Because they drank the Kool Aid!” *Cheers*