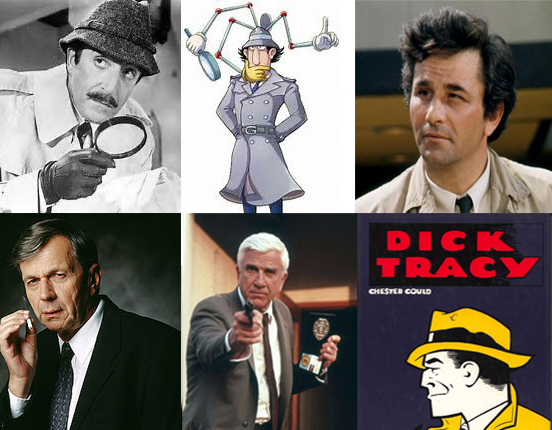 Tweet Tower—The White House has issued a list of possible replacements for FBI Director James Comey. The list includes six fictional characters: Inspector Clouseau, Inspector Gadget, Dick Tracy, Columbo, Lt. Frank Drebin of Police Squad, and the Smoking Man from the X-Files. When asked about the obvious snubbing of Charlie Chan, Donald Trump said, “I want my cabinet to be diverse, but not that diverse. Yikes. Besides he employs more of his kids than I do. I haven’t ruled out Jackie Chan, though, so this isn’t an Asian thing.”

When asked about Hercule Poirit, the president said, “He’s two EU, so I immediately brexited his application.” When asked about a French man being in the running, namely Inspector Clouseau, Trump said, “I am willing to overlook one flaw. I like them all. Smoking Man is an early favorite as he has the most experience working in the FBI and I also believe he would fit in nicely with the rest of the goons in my cabinet. He’s a trust no one, guy, like me. In fact, I don’t trust him.”

The President is downplaying his scheduled meeting this week with Lt. Frank Drebin of Police Squad, “Lieutenant Drebin is a great police officer,” said Trump, “who will just as readily shoot a black guy or a white guy in the back for a broken taillight, but I am trying to meet with them all, so there’s no early favorites.”

When reminded how he just said the Smoking Man from the X-Files was an early favorite, the president responded, “Yeah, well there’s that. And there’s some glitches too. We are having a hard time getting Inspector Gadget through security. But I am confident we will have a strong leader to head the FBI, hopefully by November of 2020.”