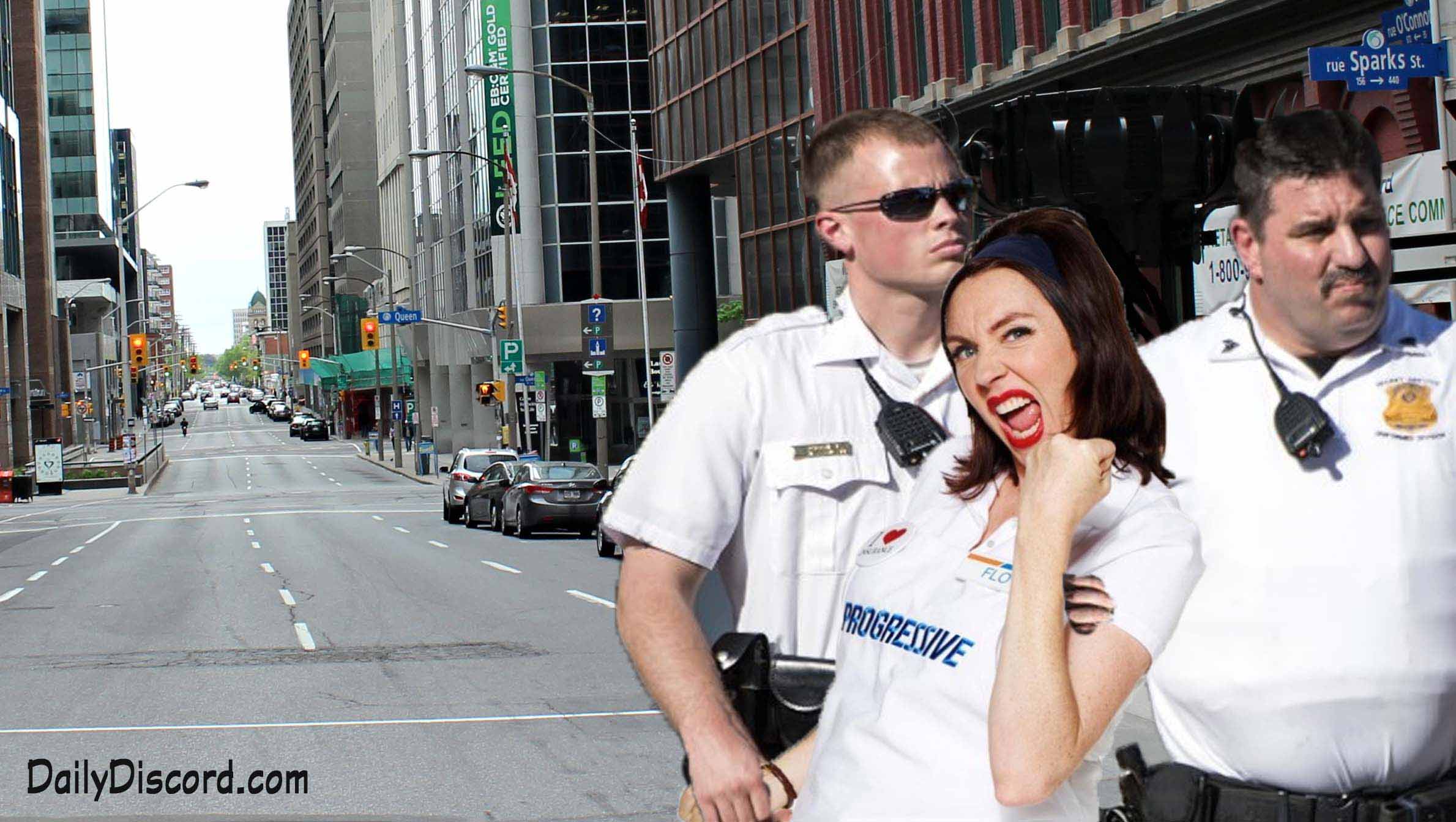 Trump Tower—A suspicious piece of mail arrived at Donald Trump’s son’s apartment yesterday. The mail contained an as yet identified substance referred to by republicans as Benghazite. A few hours ago the actress from those Progressive commercials, Flo, was bodily dragged from her home in TV land. Donald Trump is calling Flo a “person of interest in the case,” but  has yet to explain why he plans to detain her indefinitely.  “Look, this is covered in the Patriot Act and I am the number one acting patriot.” The Geico gecko and the guys from those Sonic commercials are demanding her immediate release.
Donald Trump told reporters, “I’m not saying she’s guilty, but she’s very progressive. She’s very progressive. She wears the word on her shirt, even when she’s not on camera. So is she worth questioning? I think she is, which is why she was detained by my people. Don’t worry, I have the best people on this. They will get the truth out of her, one way or another. Bundle this, Flo!”
Congress is demanding Flo be shipped to either Guantanamo Bay or to one of Cheney’s remaining secret facilities. Meanwhile, President Obama has called for the television icon’s release. During his lame duck session there is growing concern he will shirk this duty and just go golfing. Press Secretary Jay Carney is denying allegations the President will be lured onto the green.  Carney told reporters, “President Obama may not be able to thwart Congress on this one as his office is fresh out of executive order paperwork. We’ve been using a lot lately, as you know. We are trying to coordinate with the people at Kinko’s to correct this problem, but thus far a Memorandum Of Understanding between the popular copy office and The White House has not been finalized.”
There is also rumors John Kerry is being pulled off assignment in the Middle East to address this situation. Secretary Kerry is apparently nonplussed by his new task. “I would rather deal with Putin or the Aytollaha any day than those F-ing people at Kinko’s.”

Flo was able to get a message to the Red Cross, but it was mostly garbled gasps for air with intermittent spitting sounds. Hang in there, Flo, Friday is coming! Friday is when Team Trump switches from waterboarding to sleep deprivation and stress positions.