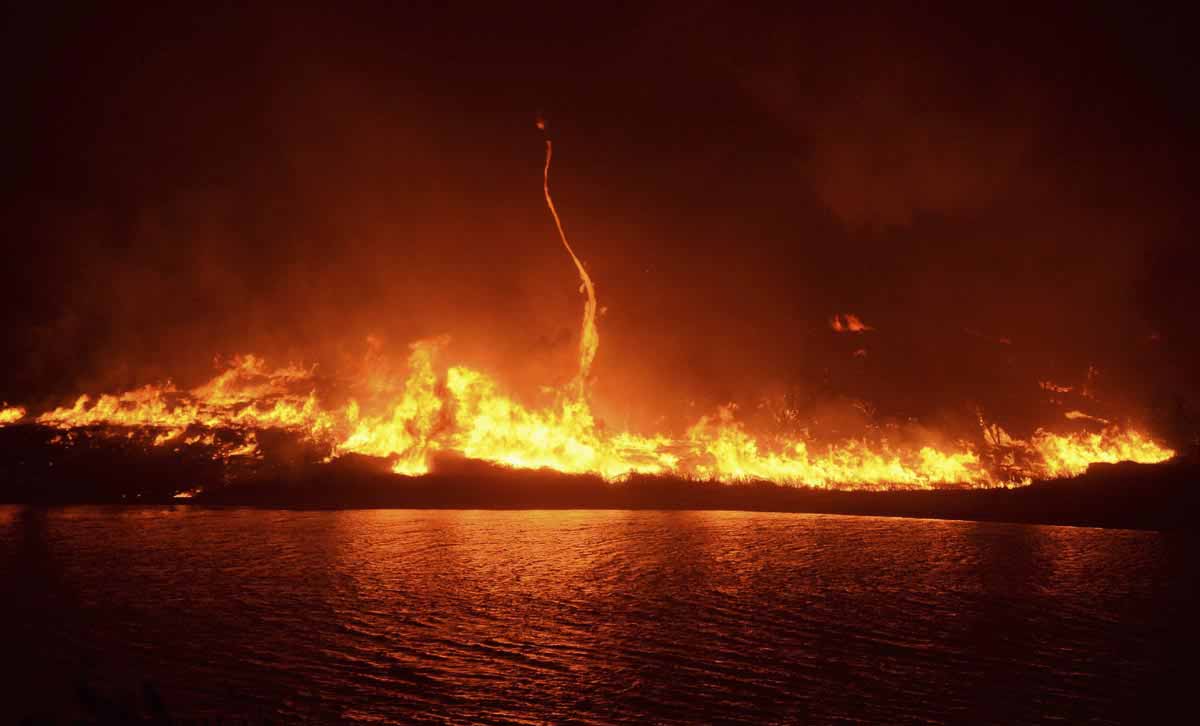 The fire turned the lake to steam as firefighters were forced to use Gatorade to douse the spreading flames. Civilian drones and medical marijuana also hindered fire fighting efforts, while onlookers looked on lookingly. I really need another job.

“We can get along without water for a while,” said Clear Lake resident Jeb Turley. “We’ll be just fine until the Circle Ks run out. I think they get their water from Lake Dasani and I haven’t heard of no drought there.  I’m also an almond grower and that lake could have netted me seven more bags of almonds. I guess now when we’re standing around the water cooler at work, we’ll just be standing. I think that’s what hurts the most.”