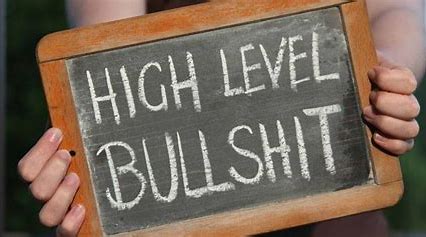 My friend and blogvesary responded to my last post and for that I’m grateful, mostly. But it doesn’t change the fact he’s still knee-deep in Foxal matter, oblivious to what’s coming in November. “You’re not making any sense, Zano!” I’m afraid nothing this far down the rabid hole is going to make sense to you, my friend. I do still enjoy our exchanges, but only for the same reason I keep eating ice cream despite a lactose intolerance [‘Fifty shades of sorbet’ joke removed by Tom Carvel]. Even after decades of debate, my friend still can’t acknowledge that each and every one of his ‘scandals’ had its day in court and ended with some republican judge, senator, or special prosecutor finding no crimes. You may not be aware of these conclusions, because Fox News will repeat this crap for years on end before making a smooth transition to the scroller—the moving ticker just underneath the blonde newscaster—for those inconvenient court findings. No retraction, apology, or further explanation necessary. I’d like to shove all of Fox New’s supposed journalists face-first off Trump’s ego. Anchors Away? I think for Pokey’s crusades we stand at zero indictments and counting. This is a QA-non-starter for me, and yet my friend still demands payment in full. Seek and thou shalt still fine?

Time after time, republicans find some ‘meh’ occurrence, or business as usual moment, and elevate it to the WORST SCANDAL IN HISTORY!! #LockZanoUp! And they accomplish this via a phenomenon I call zenwrongness. This allows my friend to stay forever lost in the news cycle, so he never quite realizes his eternal wrongness. This is designed to hurt good candidates and level the playing field for the common criminal, also known as republicans, to reach or maintain power. My friend has now taken to Facebook to further aid and abet known felons. Do you really think shaving IQ points off of the already reality-challenged is the best use of your free time?

Pokey, Pokey …my last article just pointed out some findings and conclusions from those key individuals appointed to weigh in or preside over such matters. Here’s the latest death throes of the last three republican-led witch hunts, revisted. What, you need scratch n sniff next time? Geesh.

William Barr had his DOJ investigate the whole ‘unmasking’ scandal and came to the conclusion that former National Security Adviser Susan Rice’s practices were totally lawful. I know how awful that lawful must sound to a republican, because your group doesn’t roll that way. But if Trump’s new Roy Cohn struck out, Poke, you might want to add this to your list.

Hint of the Day:

It’s your only list, Poke. Try searching under ‘shit you said that never panned out.’

Barr had to downplay the findings of Durham and admitted that he did not expect charges within the Obama administration. Hell, he couldn’t even release any tantalizing tidbits before the election because there weren’t any. Truthfully I thought he’d just make them up, but Trump is sinking too low in the polls to take such a chance. The pending Durham Report will likely support the conclusion of the Horowitz Report, which will likely support the conclusion of the intelligence community, which will likely support Zano’s initial predictions. I think this recent CNN headline says it all: Major indictments appear unlikely in investigation of Russia probe despite Trump pressure.

Again, republican Senators Johnson and Grassley’s recently released 87-page report found Hunter Biden’s position “problematic” and “awkward,” yet they found no related Burisma crimes for Joe or Hunter. Per Lawfare: “And it’s hard to read these reports and not come to the same conclusion as those proceedings indicated: Hunter Biden’s role on the board of Ukrainian energy company Burisma had no impact on the Obama administration’s Ukraine policy decisions.” Or translated from the desk of my blogvesary, “If every American knew the truth, Trump would win in a landslide.”

[Retraction: in the past, I have referred to my friend as ‘smart’.]

As for the next October surprise, four US intelligence sources warned that Guiliani’s latest yarns are likely Russian propaganda funneled to the president, aka the usual. That is three more sources than on the right side of this story, which is usually either the equivalent of Alexei Propagandov or some Breitbart staffer on crank. Do you see a theme here with Russian intelligence and Trumpies, Poke? Still nothing? Hannity used to invent his bullshit scandals right here in the good old USA, but now he’s outsourcing his dirty work to Moscow. Keep it made-up in America, man!

I agree with this much, Hunter Biden should never have been in this position, which means this is not illegal but does reach the level of an ‘optics issue,’ which pushes it to the WORST SCANDAL IN HISTORY!!! #LockZanoUp! With all these investigations it’s actually amazing to me how lawful Dems tend to be, or how incompetent republican prosecutors are. Take your pick. This scandal reaches a 2 out of 10. I have never discussed a republican scandal that reached less than a 7, well, for those who understand such scales better than Nigel Tufnel.

Besides, Trump still loses in this Hunter category. Our president is four times worse on the nepotism front, unless the names Ivanka, Eric, Don Jr. and Jared don’t ring any bells. No one wants Trump removed for mindless nepotism. Sure it’s first on your list of egregious acts, Poke, but it’s relegated to about 2,458 on ours. Long Lists Matter.

As for your questions in that same comment, I turned it into a discussion (that you lost):

Pokey: Based only on the known facts, did the Clinton campaign pay for a foreign spy to go to Russia for the purpose of creating a media narrative of Trump Russia ties?

Zano: This one is Christopher Steele, right? If you’re going to understand one thing, and I realize that’s a lot to ask for a republican, but learn this: oppositional research, especially against a rising authoritarian ass-clown is both legal and encouraged. Can I still donate via Paypal? But sitting in the oval office and colluding and conspiring with foreign powers to change outcomes of elections is not. Please reread this then Reince.Priebus.Repeat.

Oh, and if you’re still on about that other spy, Stefan Halper, Vox has the best article on this chapter. Halper’s spying on Carter for Reagan back in the day was interesting. Reagan’s shenanigans seemed very illegal to me, but the problem with Spygate is that no one with any sense thinks the investigation into Russia’s interference in the 2016 election should have been ignored.No one. Again, if so many Trumpies weren’t meeting with Russian spies, Halper would never have bumped into them  at parties.

Pokey: Based on the known facts, was John Brennan aware that Clinton paid for a foreign spy to go to Russia for the purpose of tying Trump to Russia?

Zano: Was he aware that Clinton conducted some legal opposition research? Gosh, I hope so. It turned out to be important. Or, more accurately, it will once legitimate inquiries are permitted to occur.

Pokey: Is Brennan’s handwritten note legitimate (he never denied it)?

Zano: Yes, according to Brennan himself he wrote it. But when you redact the whole page, he’s only repeating the Russian propaganda that is spelled out in the document, in the margins. Have you ever taken notes in the margins? God did, in fact, in Genesis he wrote, “Create the snake and the woman, just to be sure.” Sneaky bastard. But now understand, today you are repeating Russian propaganda. What is your link to the Kremlin, Mr. McDooris? There’s a British professor I would like to introduce you to. Russia hatched this and now your repeating it, not Brennan …well, I guess he did …in the margins.

Zano: As for these last three, when you start off on a false premise, namely, that Trump should never have been investigated, you can extrapolate all kinds of crap. Who knew? If you still think the Trump-Russia relationship was all legal, above board, and healthy, history is not going to agree with you, but don’t worry, it never does.

It comes down to this: a legal act is not illegal, but an illegal act is illegal. Hope this clears things up. Hey, that could net you some more indictments during the Biden Administration …you know, like one more is still much better. Do you really think that illegal acts occured, but Barr, pressured by Trump, couldn’t find them? Really?

In October of 2020, on the edge of chaos, my friend is willing to leapfrog over dozens of obvious Trump crimes and damning scandals to find something, anything bordering on wrongdoing in Bidenville. I don’t have time for potentially-shady-but-still-legal-misdeeds, not with your last two president’s records. Yes, they should both have a record and I didn’t have to make their crimes up.

Even though Dems aren’t generally rule-breakers, at least in my adult lifetime, I hope they learn to break some senatorial rules very soon. Hey, Joe, add six black justices to the Supreme Court and call it a—yeah, I can’t do that joke either. Have I mentioned how much a hate liberals too? I’m kind of ready for the horrors of November. Keep Halloween rolling…

*Here’s my scandal scorecard, an overview for our two-decade discussion is here. I don’t think I ever changed much from my original prediction, for every one of these.