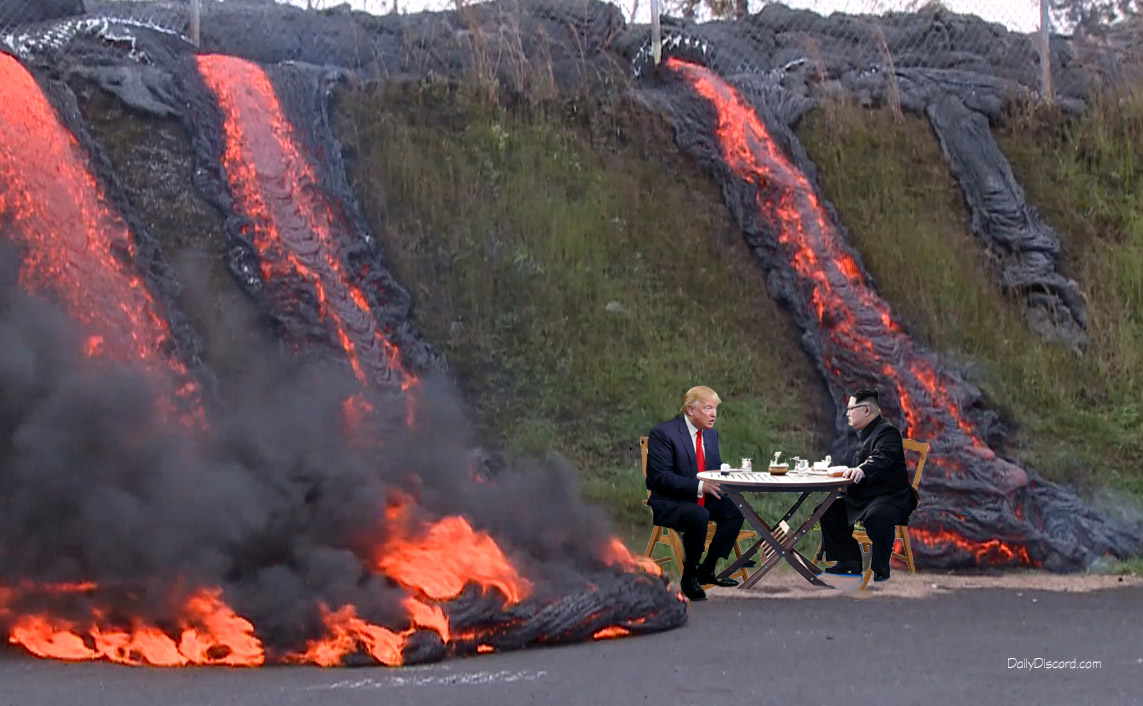 Big Island, HI—The proposed location for President Trump’s on-again, off-again summit with North Korea is both raising eyebrows and singeing them. The president announced the two leaders will meet in June on Hawaii’s Big Island, preferably “right near some of the active lava flows.” Is the president trying to tie in his earlier “fire and fury” comments, or is he still investigating Barack Obama’s birthplace? It’s hard to say, especially when your president can barely speak.

President Trump addressed the press at the Rose Garden earlier today: “The summit with Little Rocket Man is back on, folks, but with gas prices skyrocketing under my watch, uh, we all thought it would be best to cut travel costs for this thing. We are meeting at the geographic halfway-point, Hawaii. We are also slashing all expectations, this week only! Oh, and we’re not going to meet right on top of the lava, because the White House lavaologist told me it’s really hot.”

Insiders claim the original suggestion to meet in Hawaii came from North Korea. The Supreme Leader allegedly told Trump, “We can save the date and that garish coin of yours, if, and only if you meet two demands: 1. The meeting must be held in Hawaii, so I have the opportunity to push you into an active volcano, and 2. you learn what the word ‘garish’ means.”

Trump has agreed to the terms, provided that North Korea becomes what Trump refers to as a “denuclearnation.” Many staffers believe Un is setting the bar too high, as the President doesn’t learn new words, but rather makes them up, aka: ‘denuclearnation’.

Trump responded by calling Un’s demands an act of garashment, which was either meant to be humorous or an attempt to use the word “garish” in a complete sentence #GarishFrance.