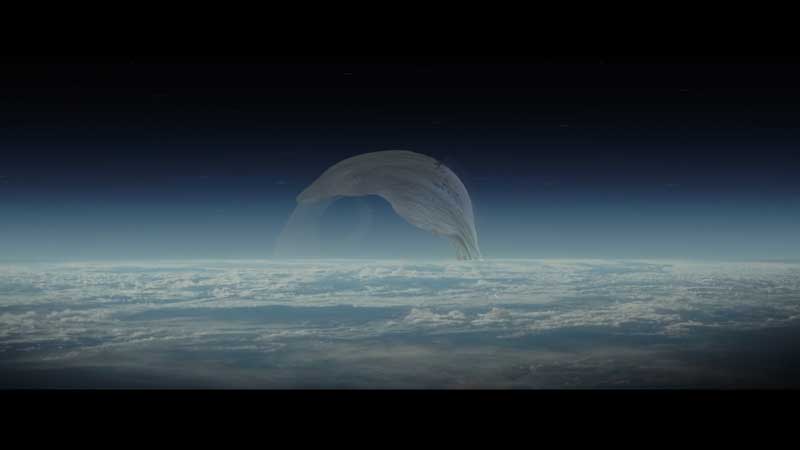 With the shadow of the 2020 election coming over the horizon, like the Death Star over Scarif, I think it’s time to assess our current fearless leader’s performance. Not at a Zano “FOR JEDDAH!” level, but a more empirical one. I will revisit an article I once wrote, or rather the platform spelled out therein: Trump’s promise/wish list back in 2015. Our Commander in Chief made many promises. Let’s take another look at where those promises are at today …FOR JEDDAH!!!!

Sell junk to Saudi Arabia, since the goods we send them are blown up anyway. Huh? That’s the same comment I made 3 1/2 years ago, and I stand by it. But, unless you consider $118B of state-of-the-art military hardware to be junk, he blew this one. I think he’s blowing that Saudi prince too, but that’s just hearsay.

Repeal Obamacare and replace it with something that benefits everybody. Well, he wasn’t able to repeal it, nor did he enact anything that benefits everyone, so on face he failed. He did, however, manage to repeal the individual mandate and enact several other pieces of legislation to further cripple the system, yet it still trudges on…and all of this with control of HOROTUS, SOTUS, SCOTUS and POTUS (not so much FLOTUS) for a full two years …and he still blames the failure on Obama.

“Turn off that spigot” of sending money to China (in the form of debt payments) by taxing them until they behave properly. Well, we didn’t default on our bond payments so that’s a “no”. Who vows to default on his loans anyway? Oh… I’m surprised he didn’t declare bankruptcy; it’s his way. He did enact a shit-ton of tariffs, but those are taxes on the US, not China.

Renegotiate our foreign trade deals. He did drop out of the Pacific trade agreement so we lost all of the influence we would have gained from that. Boy, he showed them all right. But now we’ve enacted those tariffs…which are a tax us so we lose again. He did renegotiate NAFTA, and put in place…NAFTA again, OK, it’s the USMCA, i.e. NAFTA + pay raises for Mexican auto workers, higher (and still unmet) quotas on dairy products, stronger enforcement on intellectual property, and a 12% increase of the minimum percentage of partner-made auto-parts required to be in a car for it to qualify for tariff-free import. Not exactly a monumental change, let alone improvement for the US. I guess, technically, he gets the “win” here.

Call up the head of the Ford Motor Company and tell him that they are going to be taxed at 35% for every car coming from Mexico until they decide to nix their plant in Mexico City. Well, in Trump’s defense it was a preposterous promise…like many of them. But, Ford did stop construction of the new plant. However, they didn’t bring the jobs back here, they just shifted the production to another plant in Mexico. And Ford expanded their plants in Chihuahua and Irapuato. So, none of the jobs returned to the US, Ford’s operations in Mexico expanded and there was no 35% tax, so….nope.

End President Barack Obama’s executive actions on immigration. Yes, yes he did…and how did that work out?

End border crossings from Mexico because some of those border-crossers are “rapists”. We have the highest border crossing rate ever. We also have a humanitarian crisis at the border, a crisis of his own making.

To do that, build a “great, great wall” on the U.S.-Mexico border. He’s only built about 50 miles of the 1,954 miles of wall required, the sections built are in places where there was already border wall, and it’s not that behemoth he’s been advertising, just the normal shit. Judges? There is no more wallage than there already was, and at this pace it’ll be another 38 years until it’s done. You lose, pardner.

Have Mexico pay for that wall. After his inability to get the funding from Mexico (duh), Trump tried to get it from the US Congress. After that failed (again, with control over HOROTUS, SOTUS, SCOTUS and POTUS for the first two years) Trump used the border crisis he created to declare a national emergency in order to divert funds from the military to the border wall. That was shot down by a federal judge in about six seconds. You lose …but he’s still getting credit for it from the Trumpeteers. Come on people, a blind man could see it with a cane.

Don’t appoint a secretary of state who rides bikes and breaks his leg. He did manage to find a Secretary of State that didn’t break his leg riding a bike. Not sure you can call this an accomplishment, but it was a promise kept.

Avoid riding bikes himself. It’s obvious that Trump still does not ride a bike, or anything else for that matter, except, perhaps, for his predecessor’s success and a wave of hysteria. There’s nothing new here.

Work hard on the Islamic State problem. He did appoint his son-in-law Jared Kushner to solve the “MIddle East Peace” problem. Kushner did come up with a plan, we think; that’s clouded in mystery. But even Trump’s own Secretary of State calls the plan, such as it is, ‘unexecutable’. One thing we do know is that Kushner has eliminated a two-state option. So, either he plans to give all of Israel to the Palestinians or to the Israelis. With all of the investments Kushner has in, and ties he has to Israel there is no $%^& way that decision goes Arab. So, either the Palestinians become Israeli citizens or they move out. Yeah, neither of those options are a path to peace. I’m giving this one an emphatic “NO!” On a related note, did you hear that Israel named their latest illegal settlement in the Golan Heights “Trump Heights”? True story.

Stop Iran from getting nuclear weapons. Where to begin? Trump pulled out of the Iran deal and reinstated the pre-deal sanctions. In response the Iranians increased their uranium refinement to violation-of-the-deal levels. Now Iran is provoking us into a conflict calling Trump an asshole …oh, a retard, sorry (it’s an easy mistake as he’s both). Trump is playing the “I’m a peacemaker” spiel, “let’s make Iran great again” my ass. At the same time he’s tightening sanctions and threatening to impose tariffs (what is it with this guy and tariffs? I don’t think they work the way he thinks they work.) on anyone buying oil from Iran. The international community sees this as a problem of Trump’s own making so they’re not stepping up; shocking, I know. My take is that he’s trying to renegotiate the Iran deal, come to the same deal that was already in place and claim it for his own, also known as Zano’s Let the Wookiee Win Maneuver. The problem is that the Iranians aint buyin’ it. He neglected to take into consideration “bat-shit crazy”, and fundamentalist hatred for the US. This should be good …or really, really bad, but since we’re closer to a terrorist state with nukes and the cheese-ball stands alone, another big “NO!”

Find the General Patton or General MacArthur from within the U.S. armed forces to “make it really work” in the Middle East. Trump’s Secretary of Defense said that Trump has the understanding of “a fifth or sixth grader”. General John Kelly, who took the unenviable job of babysitting Trump, called him an “idiot”. That sounds very Pattonesque, but that’s about as close as we have come. The best way to “make it work” in the Middle East is to stay the @#$% out.

Rebuild the country’s infrastructure: “nobody can do that like me”. Current progress: Trump threw a three-minute hissy and left the meeting before it even started.

Create jobs: “I will be the greatest jobs president that God ever created.” The economy is booming, but Trump is pretty much riding the growth initiated by Obama. All he has to do is not $%^& it up, and happily he hasn’t, yet (see: tariffs, which artificially boost inflation). Anyway, if you look at his job creation numbers in comparison to other presidents, Trump ranks 16th, hardly the “greatest jobs president that God ever created.” Besides, Trump was created by Robert Mercer, Patrick Caddell and Cambridge Analytica so he wouldn’t qualify anyway.

Protect the Second Amendment. This is a joke right? News Flash: NO ONE IS THREATENING THE SECOND AMENDMENT YOU PARANOID BITCHES! Jesus, they must really enjoy stroking their weapons...

Take the brand of the United States “and make it great again.” Our allies are a combination of distrusting, disliking, laughing and feeling bad for us. Our enemies are playing Trump like an ermine violin. That’s the Trump brand all right.

This one wasn’t on the official list of promises, but he has said it numerous times:

If I’m elected I’m going to bring back Christmas. You can’t bring back something that was never taken away.

So there ya have it: failure on 15 out of 20 promises. And the five Trump did “keep” were either ludicrous to begin with, or had meaningless to bad outcomes. He still hasn’t committed any war crimes yet so I’ll give him that. So far he’s been mostly harmless, not out of policy, but out of incompetency (it must be the small hands). What frightens me is that there’s a strong possibility that he will be re-elected, just like Bush. All Trump needs to do is start a war, and he’s already working on that …with a soon-to-be nuclear power …bat-shit crazy nuclear power …that likes terrorists that don’t like us.