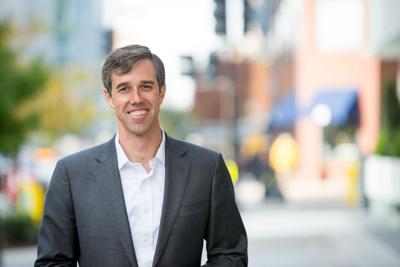 Beto O’Rourke has yet to announce his 2020 presidential bid, but he has officially released part of the results of a political ancestry test. Mr. O’Rourke is apparently 15% Elizabeth Warren. O’Rourke has remained silent on the rest of his genetic make up, calling it, “Mostly junk DNA.” This move is not polling well with likely voters, however, as one woman from El Paso said, “I have the right to know if he’s got a little Bernie in him. Sanders genes would share way too much genetic material with any old RNA. Candidates should not get to pick and choose; they should release their entire political heritage. On that note, I’m hoping Cory Booker is mostly Michael Bloomberg.” Mr. O’Rourke is unphased by the wave of criticism and plans to travel the country next month shaking hands and kissing babies. He hopes this will emphasize the stark contrast between himself and the current president, who prefers to shake babies and kiss MILFS.

A second scandal is already brewing post the release of these DNA results. An anonymous colleague claims O’Rourke wanted to fudge the results by using his friend Enrique’s urine. When his colleague explained that the test was done with a cotton swab, O’Rourke reportedly said, “Ouch.”

Many have theorized that Mr. O’Rourke’s reluctance to share the other 85% of his political ancestry is because it’s probably pure milk toast. Although he’s 15% Warren, he has fallen short of claims that part may contain Native American DNA. When asked about this directly, he said, “Well, there’s only a 10% chance of that.”

Upon hearing the news, President Trump was quick to coin a new nickname for the Democratic hopefully, “Pocahontas Junior.” The president looks forward to using this nickname in future tweets and/or debates #GeneticLoser.