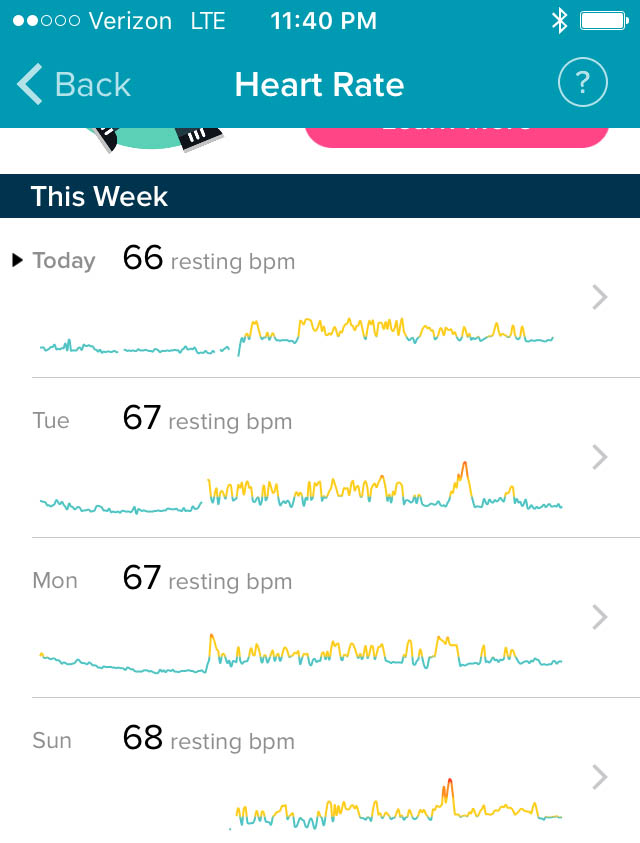 My daughter got me this step-counter thingie for my birthday, which has since inspired me to walk to bars, coffee shops and roadhouses further out on the edge of town. Upon reviewing this new fitness data a disturbing pattern arose. Short spurts of cardio kept showing up each and every evening at the same time and, truth be told, I’m not a huge fan. Then I looked closer and realized it was when I was trying to tolerate an episode of Hannity …you know, so you don’t have to. The first day (the baseline) I didn’t watch Hannity’s ‘Murica and the other three days I apparently did.

Those little red tips each evening indicate a cardio-level heart rate, but can this really qualify as cardio? The implications are both intriguing and frightening. Can Fox News actually be a force for good in the world? Taking that illogic one step-counter-thing further, could I get an equal workout from a large plate of truck stop gravy fries? Ask your doctor if the Zano Bacon Grease workout is right for you.

So why was my blood pressure rising during this important news program? For one thing, instead of covering the pending constitutional crisis known as Donald J. Trump, or even the steady march toward WWIII, Sean remains transfixed on his latest creative diversions:

What next, Sean, Dreamers sneaking out of the country with fissile material? Uranium Juan? No matter how high my BP gets, Sean is going to need some serious medication to get his ticker through this next political phase. ASS Inhibitors? In 2018 the cognitive dissonance over at Fox & Friends will reach new heights, but they will likely continue covering some invented Clinton scandal right up until the day Trump is dragged out of office, or worse.

Hannity believes he can finally topple the Clinton Administration once and for all. She’s going down! Uh, down from where exactly? Her administration doesn’t exist and has no bearing on next week’s Trump-related fiascos (TRFs), aka:

These non-scandals have proven effective over the years; they certainly get their peeps into power. These tactics work because even if there’s nothing to them, they still breed sufficient doubt and suspicion among the informationally impaired *Benghazi*. Four decades of Hillary scandals never really landed a punch, but none of them had too, did they? Fox is designed to simply muddy them waters like a Howlin’ Wolf down at the crossroads. Sorry, I opened Pandora’s blues box today.

This isn’t working horribly well for Fox at the moment as all of the really juicy stuff is relegated to CNN and MSNBC. To the backdrop of the political story of the century, poor Hannity is left to play with his Foxal matter. Guilt by Attrition?

Last feature, I reviewed Ken Wilber’s Trump in a Post-Truth World, wherein Wilber stresses the importance of a more inclusive approach to politics. He claims the relentless attacks by green (liberals) on red (tribal), amber (traditional), and orange (modern) are suicidal, or an “anathema”. Well, I don’t know about that Mr. Wilber, but if things get any worse I may start kneeling during our national anathema.

Where I agree with Wilber is this: liberals must lead; they cannot simply adopt the same tactics as the rightwing media. This might work in the short term, but it will be truly devastating for the long haul. Both sides cannot wholly abandon the truth. Do I have hope for liberal news? Not really. The downward slide of the media was foreseeable, which is why I foresaw it. Will Oremus over on Slate has a great assessment of Fox’s plight. He equates Fox News viewers to Plato’s cave-dwellers as they are only fed pale shadows and reflections of the truth.

Oremus gives a great assessment of the rightwing media’s struggle for relevance in a Trump-dominated world. He acknowledges one of my main themes/fears, namely that MSNBC is trying to follow Fox’s lead:

“Over the years, we’ve come to expect Fox News’ top opinion hosts to aggressively attack liberals and loyally defend the political right. They’ve built such a loyal audience that MSNBC has cribbed from their formula to present a similarly partisan slate of left-leaning prime-time personalities, with mixed results.” (see how he worked in the word Slate?).

“The Right is no longer even trying to make any real arguments and I am concerned the left will follow suit. MSNBC is following the money toward Fox’s tactics. If reality is truly passé, the left will follow the right. Why shouldn’t they? If lies win elections, what would stop them? They’ll do what works, like the Discord.” (Sadly, I only worked in the word Discord, by altering the original quote).

As I have pointed out, a liberal BS media channel will always be a harder slog and here’s my plea to MSNBC to avoid this road: Don’t Bring The Shit-Show Here. As Trump implodes in the days and weeks to come, turning to Fox’s reaction, diversions, and spin should prove entertaining. This planet will likely burst into flames, but it should prove a fun trip to the burn unit. And, heck, I may be healthier for it if my new cardio theory holds.

But will it become so absurd in a year or two that even the Unreachables start to get it? I don’t think so. They, like Fox, are not concerned with facts, but rather some unshakeable feelings and beliefs. This is the same phenomenon driving Alabama voters to vote for a pedophile over a Democrat. They will support their team, no matter how bad they become. Hannity and his ilk are counting on this fact. Attitudes will not change easily, if at all. Today, one year after the election of Donald J Trump, 82% of Trump voters would do the same thing if the election were held today. Repeat defenders? Channeling Wilber, I now refer to the Trump base as the Unreachables, not the Deporables. It’s more accurate and less crass. …although it’s hard to stay civil with these crassholes *cough*.

Watching Fox News stick to the script until the bitter end might just be worth all the carnage, operative word might. 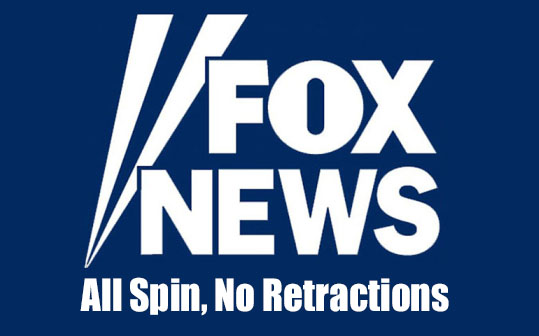 Fox is never having to say your sorry.