Tweet Tower—President Donald Trump told the press today that he will get to the bottom of his administration’s latest mix-up. Soon after the president made the announcement he would be releasing the CIA’s secret JFK files, a staffer accessed the National Archives and released the as yet undisclosed assassination files of Colonel Sanders of KFC fame. Not only did they release this controversial footage without the franchise’s permission, but the information also included all 11 herbs and spices, as well as the top secret preparation tips for the Colonel’s famous chicken recipe.

KFC is suing The Donald and the company is threatening war with the United States. CEO of KFC, Roger Eatin’, explains, “The U.S. will not be able to survive a NK/KFC alliance. It would be a war on two fronts, one nuclear and the other trigger-finger lickin’ good. Not all the Tums in the world could save the American people!”

Defense Secretary General Mattis told the Discord today, “There are less than 4,500 KFC restaurants in the U.S., so a war with that franchise would be over in weeks, not months. Of course, the impact of taking these establishments and then eating the food could have a longer term impact on troop cholesterol levels.”

Donald Trump is downplaying the threat and would like to remind the people at Kentucky Fried Chicken that he is both saving the coal industry in their state and has historically supported their franchise. 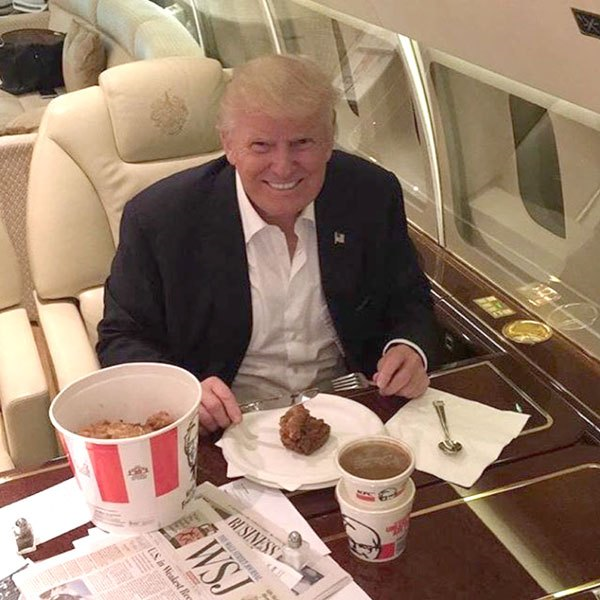