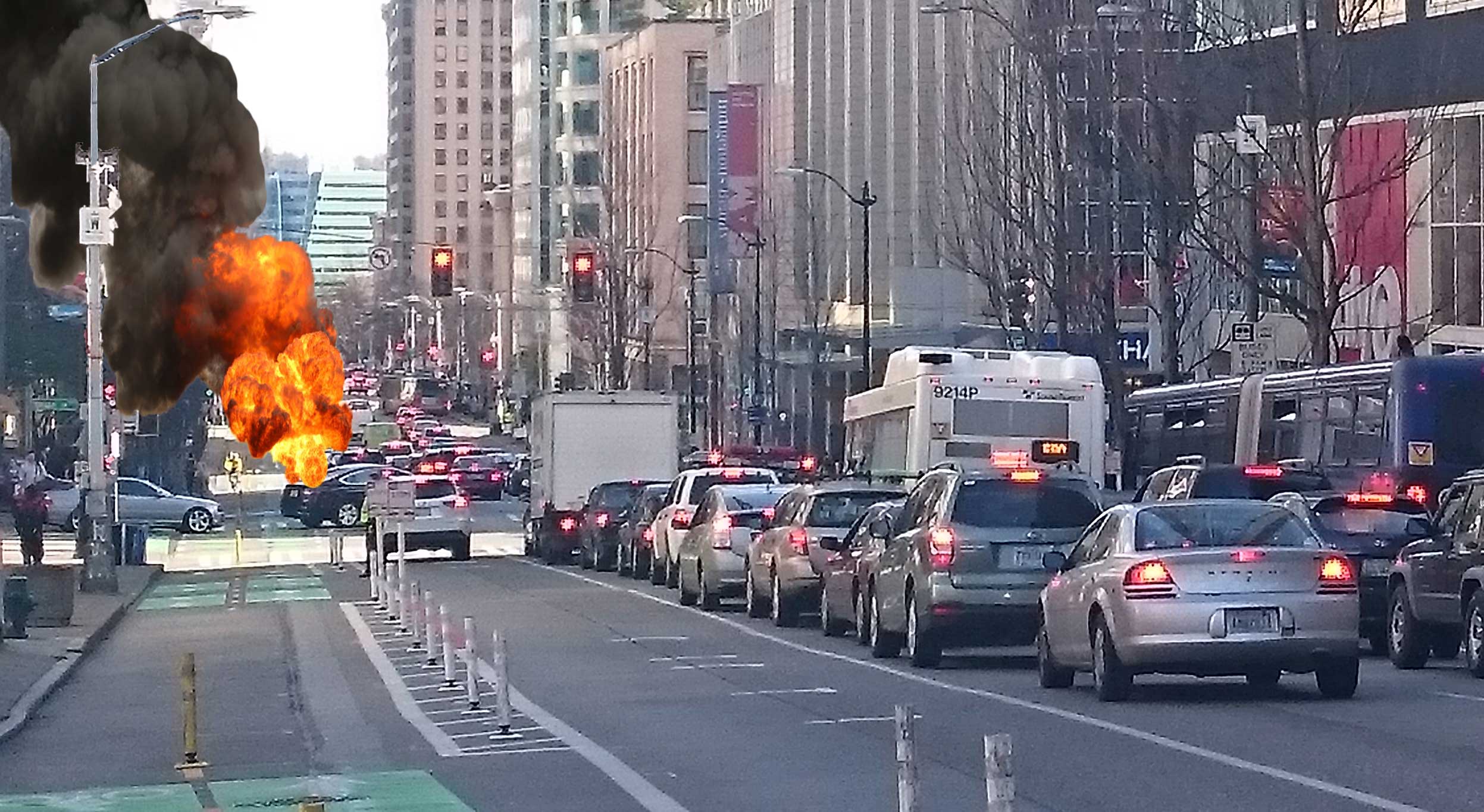 Seattle, WA—The White House is denying any involvement in the drone strike assassination of a Seattle Federal Judge. The judge in question, and now in pieces, Judge James “Rowdy” Robart, entered an order on Friday forbidding federal agents to enforce Trump’s seven-country immigration ban on the grounds it’s “really fucking stupid.” Less than 24 hours later Judge Rowdy was blasted apart in an incident that was initially reported as a radical meteor, spontaneous judicial combustion, or a fart-lighting incident gone horribly astray.

When evidence of a drone strike became more apparent, Press Secretary Sean Sphincter told reporters, “Yeah, we were really convinced it was the fart-lighting thing, for sure.  I have Googled that stuff and it’s pretty dicey. Then, when eyewitness accounts and the debris evidence started surfacing, well, it suggests a drone strike. So we have officially shifted our position toward the whole spontaneous judicial combustion thing.”

Breaking: President Trump has just weighed in on Today’s incident. “Condolences for this judge thing. After investigating this random and tragic occurrence, uh, we are now forced to admit, I mean report *cough*, that this was a military-style drone strike. No group has taken responsibility. It could have been anyone: the Russians, the Canadians, the Australians, the Amish. Hell, I pissed off everyone this week. It’s been a busy week. I personally believe it was those Portlandians. They are always threatening a preemptive strike against nearby Seattle. Have you seen that show? Freaks. Besides, people can now use 3D printers to make military drones in their basements. It was probably Alec Baldwin. We have done some research on this matter and Mr. Baldwin does, in fact, have a basement. And I hate that guy.”