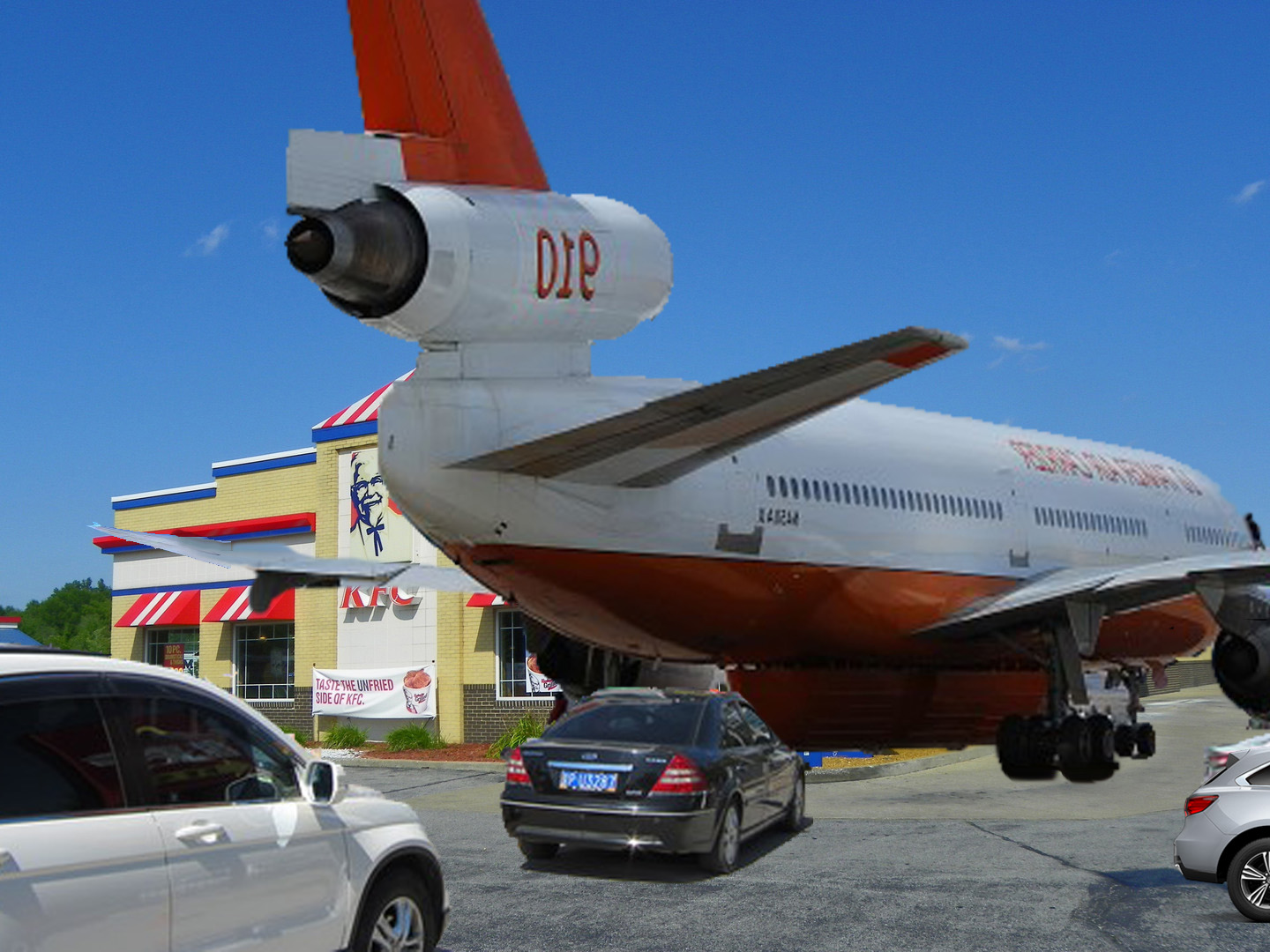 Sacramento, CA—A plane dropping flame retardant over a California pot farm today suddenly swung off to the east and disappeared over the horizon. The plane and its two pilots, who were battling the Now-That’s-A-Fire! fire over in Hurley, were later found permanently wedged in a KFC drive thru. Sacramento Police report when the two were arrested for FWI, they were downing an original recipe family bucket meal with all the trimmings. The copilot told the press, “We tried to stop at the Circle-K in Esparto, but I was like circle! And Mike was like, ‘K’, and I was like no, man, Circle-K! And he was like, ‘OK, stop yelling!’ So we circled the convenient store for nearly an hour before heading further southeast for some munchies.”

The pilot told the Discord, “Yeah I don’t know what happened, we suddenly got reeeeallly hungry. We dropped another batch of retardant and then thought, what has that fire ever done to us? Actually it’s kind of beautiful from up here, so why stop something beautiful, man?”

The copilot later added, “You get 20 pieces of chicken in that bucket! That Colonel deserves to be a General. We ate every finger licken’ good piece and then we started sucking the gravy. Oh, and I saw Suck the Gravy at Lollapalooza, back in the day, when they were keeping it real.”

The Discord’s field reporter, Cokie McGrath believes there is no connection between this story and our publication’s recent KFC assassination story.