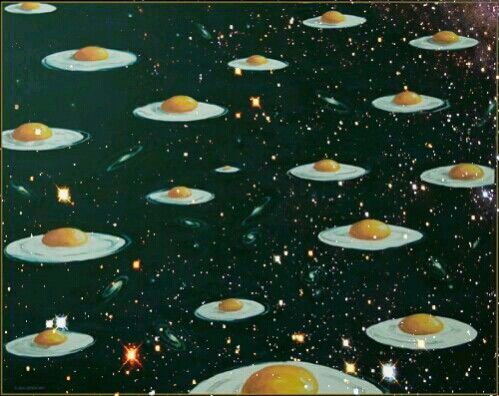 Rigel IV—Glacdar, head of the Orion Colonies of Galacia, alerted key world leaders today that a Galacian fleet will be reaching Earth in five solar cycles at which time its occupants will be eradicated. The Galacian overlord is citing Brexit and the election of Donald Trump as the impetus for the drastic change in foreign policy. Glacdar told the UN today, “We purchased the Earth from the Florpranglers over seven Earth centuries ago, but it was a risky proposition even then. Florpranglers are reviled across the universe for lumping numerous subprime-planets into questionable real estate packages. We were hoping you Fleepnoids would manage to pull your Pracplox out of your Droikholes, but it’s becoming increasingly obvious we will have to liquidate our assets. We will do this by liquidating your asses. Hah! That one killed them on Clamulus V. No really, 4-billion Clamulans were exterminated in that fashion.”
During Glacdar’s address to the United Nations, he relayed The Galactic Bookie Exchange is apparently giving 10 to 1 odds that Mr. Trump will respond to Earth’s imminent instruction by either starting an arbitrary nuclear war with Canada or wetting himself. Either way recent events have downgraded the entire solar system’s bond status and placed Earth into the subplanetary lending category.
Donald Trump responded to the news by saying,  “Don’t panic! And don’t buy into all this talk of planetary annihilation. I haven’t exactly read any of the intelligence briefings on this yet, because they’re long and repetitive, ‘blah, blah, blah, extermination, blah, blah, blah, resistance is futile.’ What I do know about Glacdar is that he is a businessman first and foremost. I can work with this guy. I will go to Orion. Remember how only Nixon could go to China? This will be like that, only better. I already called that Virginia Galactica guy, Branson, and I will go to the Orion Colonies to get the best deal for America. I may even get the Galacian Council to take out ISIS for us as part of the deal. You just watch. I will be taking my new Ambassador to Galacia, Ben Carson, along for the ride, because, let’s face it, he’s already out there in deep space.”