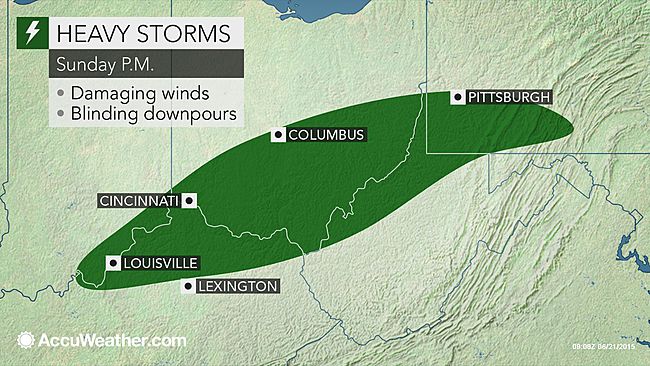 Columbus, OH—Shortly after Ohio Governor John Kasich announced his candidacy, God summoned a low pressure system designed to punish him. God is basing his wrath on the two-term Governor’s decision to expand Medicaid and other shortsighted budgetary measures. The state capital, Columbus, was at the center of God’s wrath this weekend and the almighty is warning, “There’s more where that came from!”

The Supreme Being told reporters, “Thou shalt not spend. Remember that one! Yeah, well it should have been in there but Moses could only carry two tablets. They were made of stone, you know. Bottom line, this is exactly what the people of Sodom and Hussein did before I laid waste to that entire shithole of a town.”

The reporter who tried to correct God was immediately struck by lightning—an incident God is calling “an unfortunate coincidence.”

More thunderstorms are in store for the Ohio Valley region this week, but God has not decided if this will be another ‘Forty Days and Forty Nights’ thing. God said, “There’s more extreme weather in store for I am the force behind climate change. Besides, I usually try to give some notice and get someone to build an ark. Maybe I’ll just have NOAA build it, get it? Ha, ha. I’m here ‘til Friday.”

When someone pointed out Friday was named after the Norse Goddess Freya, a second bolt of lightning struck that reporter down. “What are the chances of that?” said God. “Any further comments?”

Against all rhyme or reason our own field reporter, Cokie McGrath, asked Jehovah if there was any political motivation behind the tendency for tornados to hit trailer parks. God replied, “No, not usually. I just really get a kick out of that shit. Heh, heh. That reminds me, it’s time to visit Jokelahoma again.”