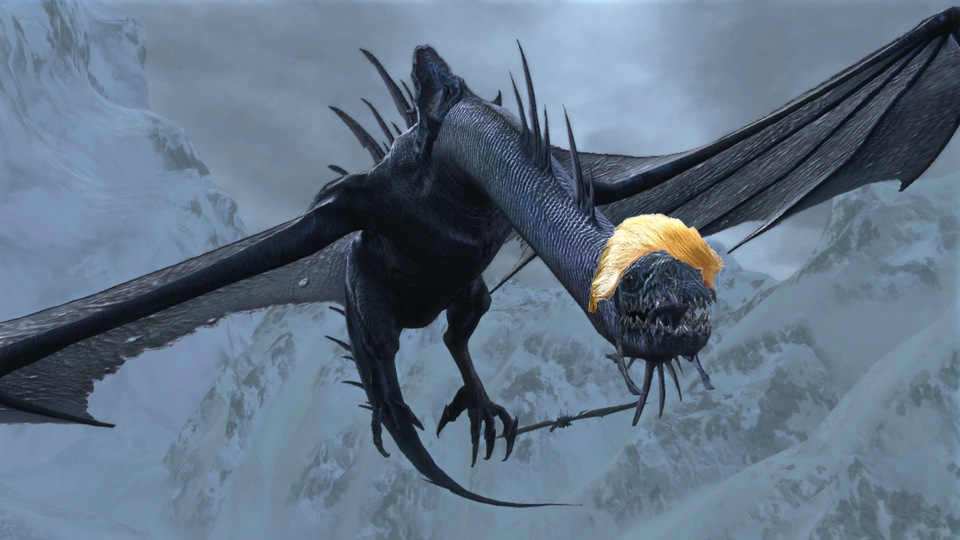 Tweet Tower—As the subpoenas mount, President Trump has declared the Office of the Inspector General itself part of The Deep State, ISIS and possibly The View. The president is now charging the largest body of governmental oversight for passing along potentially “traitorous information.” In an effort to preempt anymore “salacious and unverified” reports from surfacing through normal whistleblower channels, nine Turmpwraiths vaulted from the top of Tweet Tower earlier today, each tasked with devouring one of the nine remaining OIG heads. The safety of each Inspector General is unclear at this hour, but the White House states this act is necessary to pave the way for a better, more robust whistleblower program. In an exclusive CNN Interview Rudy Giuliani said, “What is a Nazgûl? Why would the president unleash them? Of course he unleashed the Nazgûl! There are nine of them just hanging out under the North Portico basement, and he had nine potential OIG troublemakers, so what was he supposed to do? The Nazgûl are going to be the heroes when this is over.”

Trump tweeted today, “The Trumpwraiths weren’t my first choice; I tried to get those Demented thingies guarding the prisoner of Agrabah, but RK Rowling wouldn’t loan them to me. I’m like, RK, your other country needs you, but she called me a muggle-humping basilisk and hung up. What the hell is that? Don’t worry, old Boris has agreed to extradite the bitch. Then I realized, there are nine OIGs and nine ringwraith-Nazgûlwhatsas. Look, I tried to be nice with those generals. I was perfect. AG Barr was even willing to have the Office of the Inspector General report all whistleblower concerns directly to him, you know, to fix all their awfulness, but they refused #DragonKibble.”

A staffer leaked that during negotiations for the beasts Trump met with Sauron alone and that there are no existing transcripts of the meeting. There is also concern that the president paid for the Nazgul’s unleashing command, but failed to purchase the return summoning command. So there is no way to call off the dogs, so to speak.

[Sorry, we’re out of symbols to put over the ‘u’ in Nazgul; only four came with the dragons, effing Tolkien Foundation.]

The president is also banishing all identified whistleblowers to the Misty Mountains. “No one likes whistles,” said Trump. “They’re loud. Even dogs hate them. What do you have against dogs?”

Critics claim this is all more dog whistle politics, and they’re referring to the OIG’s slaughter as the Sauronight Massacre. Still others are concerned the president probably failed to read the fine print when borrowing the beasts and fear a ‘wag the warg’ scenario involving Sauron’s Dark Army. Those defending Trump’s action believe his lack of any soul will protect him from the Dark One’s influence.

News has leaked from Mordor that the Dark Lord was visibly shaken after meeting with Mr. Trump, and allegedly told some staffers that he needed to “take a long hot shower.” The leakers have since been incinerated.

President Trump is denying claims that he asked Sauron to look into Obama’s birth certificate, but he did complement the sorcerer on his prompt handling of leakers.